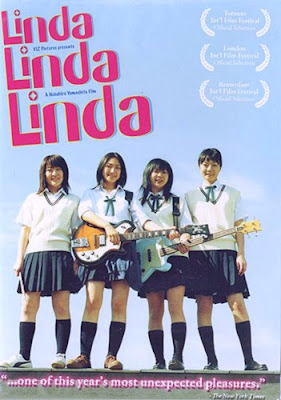 With the big gig at their high school’s fall festival just a few days away, an all-girl punk band scrambles to reinvent themselves in this delightful, low key comedy. When their lead singer and songwriter (Takayo Mamura) splits over creative differences, remaining members Kei (Yu Kashii), Nozomi (Shiori Shiroko) and Kyoko (Aki Medea) find themselves with no material and no voice to sing it. 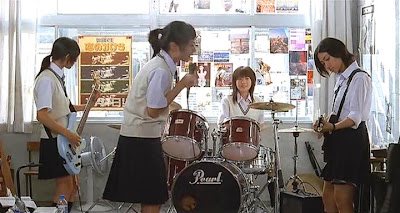 They recruit a shy, introverted Korean exchange student named Son (Du-na Bae), primarily because she is the only person available, and the foursome set out to quickly learn some new songs by pulling a series of grueling all night practice sessions. But for a film about rock-n-roll, Linda Linda Linda is surprisingly quiet and sedate, as director Nobohiro Yamashita paints a loving portrait of the gracious, polite intensity that infuses Japanese educational life. 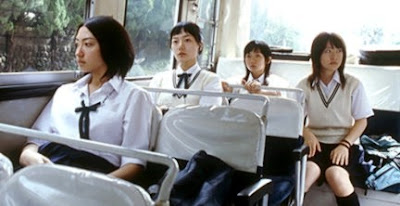 This is no raucous, take-no-prisoners, hormonally crazed American style high school, but rather a pleasant, focused environment, conducive to learning, where students and faculty treat each other with mutual respect, and that is just one of the many aspects that makes this a refreshing film. Band movies and sports movies are quite similar in that they follow a familiar pattern: Challenge - Preparation - Set Back - Renewed Preparation - Payoff. But the best in each genre take that formula and, through small details, make it seem fresh and new. 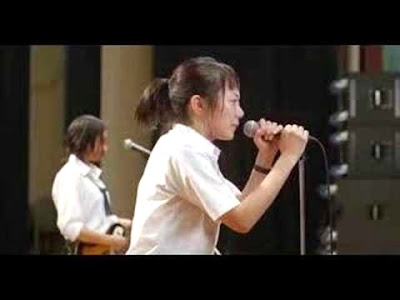 That is Yamashita’s triumph here, for as we become more involved in the lives of these charming, hard working young girls, and begin to root for them to achieve their goals, we don’t feel the slightest bit manipulated. There is not a moment here that feels false or forced, and that lack of artifice makes the film’s rousing finale all the more cathartic. Do give this film a try; it’s lovable, funny and even a little bit exhilarating. The only downside is you may have the title song stuck in your head for few days.