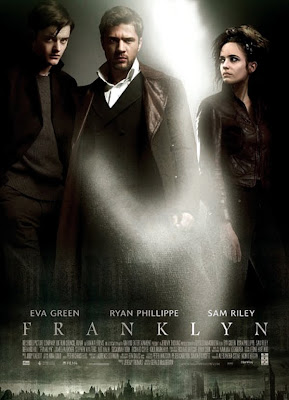 Part sci-fi adventure, part ghost story, part romantic mystery, the clever and enigmatic Franklyn has a little something for everyone. The movie follows four damaged souls as they roam convergent paths on the dark, wet streets of London; each of them in search of some human connection that will complete them, for good or for ill. 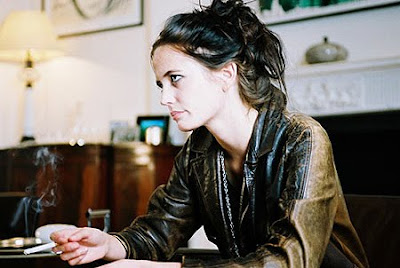 We meet a conceptual artist (Eva Green) whose work is little more than a cry for attention from her aloof mother, a heartbroken young man (Sam Riley) who pines for a lost love, a middle aged father (Bernard Hill) wracked with guilt over the fate of his children, and a masked avenger (Ryan Phillippe) obsessed with bringing a murderous cult leader to justice. Franklyn is one of those rare mixtures of strong production values and excellent writing, and the result is a film that engages the eyes and the brain in equal measure. 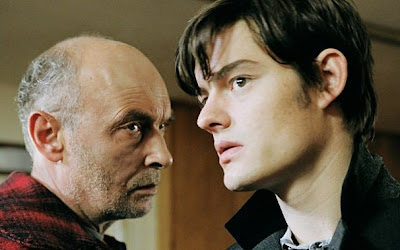 The various stories are presented in a near perfect balance, with enough information withheld to pique our interest, but enough dispensed to slowly build a scenario that is both logical and satisfying. The film manages to play with our perceptions without ever making us feel cheated, mislead, or manipulated; quite a feat for a film of such narrative intricacy. Writer-Director Gerald McMorrow makes an auspicious debut here, keeping a tight visionary rein on the proceedings, and ultimately making us understand and appreciate all the choices he has made along the way; some of which are quite perplexing in the early going. 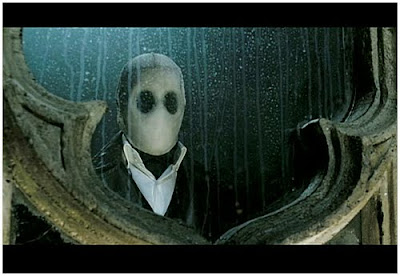 In many ways, Franklyn is like a hyper extended episode of The Twilight Zone with all the trimmings, and McMorrow, a la the great Rod Serling, has made an eerie and exciting entertainment that goes great with a tub of popcorn.