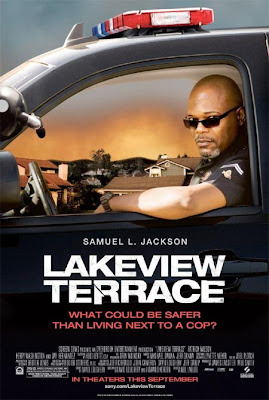 Lakeview Terrace is a suspenseful entertainment filled with anger, racism, natural disasters, violent gunplay and other choice bits of contemporary Americana. Kerry Washington and the ever-earnest Patrick Wilson portray young marrieds who move into one of those hilly L.A. subdivisions - constructed on rugged terrain any other municipality would consider unbuildable – and discover that fate has dealt them the neighbor from Hell: a mentally unbalanced policeman played with menacing cool by Samuel L. Jackson. 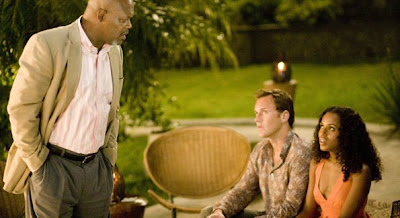 Like the LAPD, Jackson’s character has a baroque backstory, laced with brutality and personal betrayal and it soon becomes apparent that he became a police officer for all the wrong reasons. Jackson’s years of dealing with the worst of society have left his psyche battered and scarred, as manifested by his peculiar sort of reverse-racism. He uses his tortured past to alternate between the righteously angry crusader and the sullen, hapless victim. 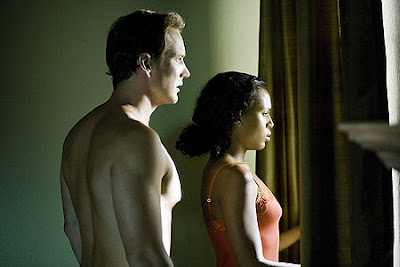 Washington and Wilson, a mixed race couple, spark a mixture of disgust and loathing in Jackson that pushes him to the brink of violence and, as a distant wildfire draws ever closer, the relationship between the new neighbors becomes ever more strained and tense. The film builds this tension through skillful writing combined with Jackson’s unique ability to convey deep, churning emotional layers with a minimum of physical effort. 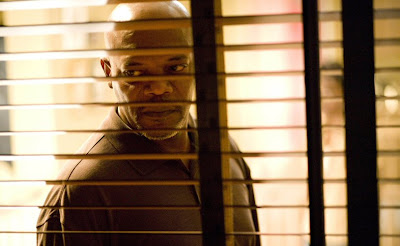 The script at first keeps us a bit off balance and allows us to believe that perhaps this neighborhood feud is all a simple misunderstanding. But this potboiler of a film is not about to let us off that easily. Wilson’s suggestion to Jackson that they "all try to get along” unwittingly reminds the policeman of one of his department’s lowest points, and spurs Jackson on in his efforts to destroy the couple’s happiness. 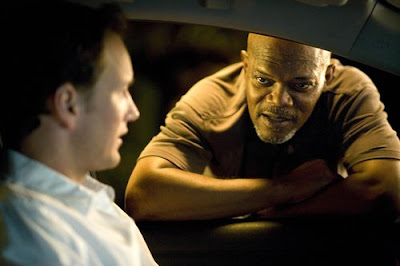 Neil LaBute directs with a workmanlike efficiency, which is all the material really calls for, and tells the story with simplicity and clarity. Things get a bit frantic and slightly silly in the finale - these types of films usually do – and ultimately the movie uses serious social issues as a pretext for a ripping tale of personal revenge. But those seeking escapist thrills with some decent acting thrown in for good measure will find Lakeview Terrace a satisfying watch.

Sounds like typical LaBute stuff. An uncomfortable, interesting, scary film that goes under the skin.

I don't know very much about laBute....other than he is a big Rohmer fan and often provides commentary on Rohmer DVDs. I will be seeing more of his work. Thanks Bob. I enjoyed your Reinhart post very much.