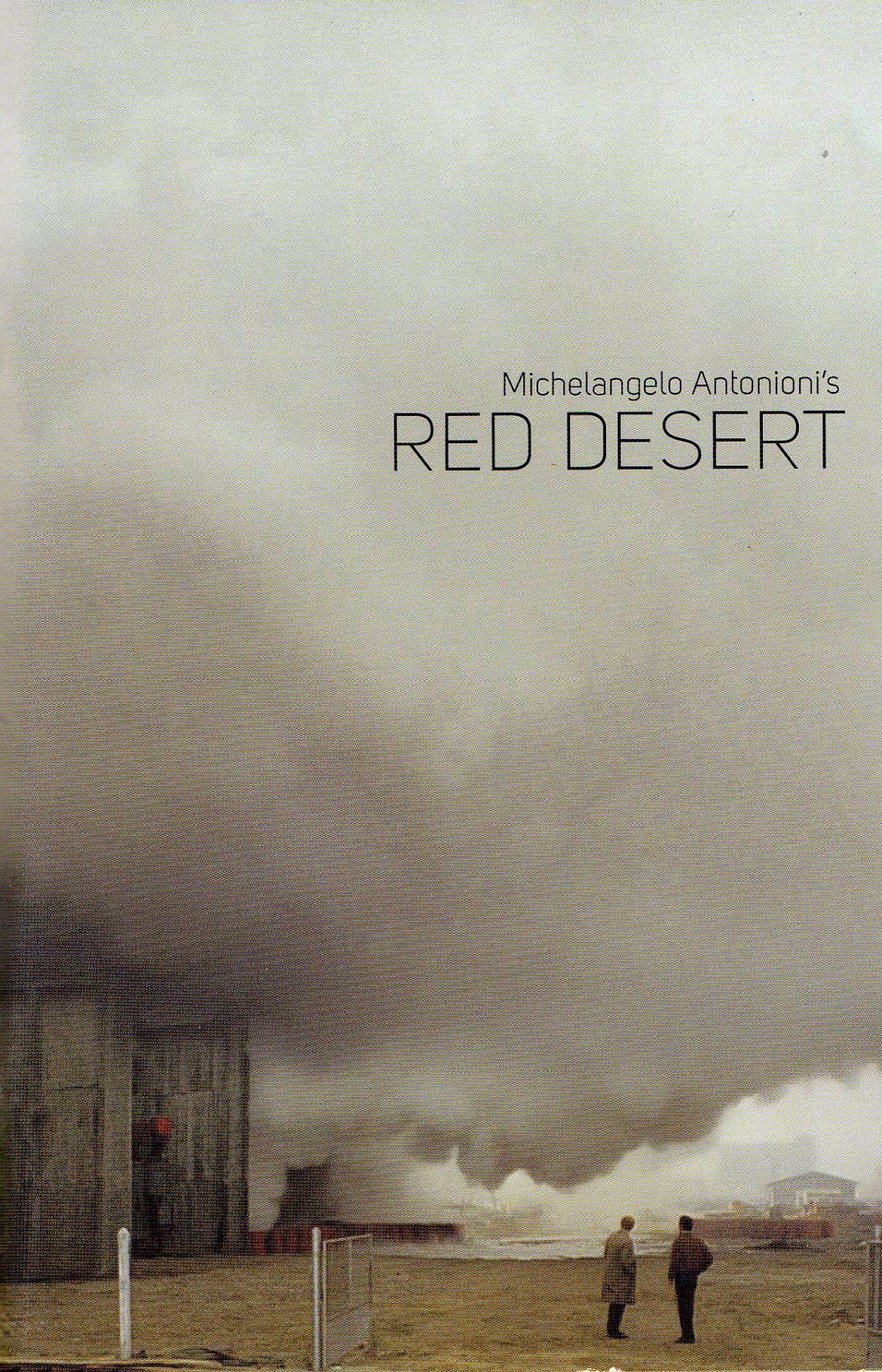 Michelangelo Antonioni's Red Desert opened in Italy 50 years ago this week. Presented as a succession of set pieces, the film begins with a dazed Monica Vitti wandering along the perimeter of a gigantic power plant. Accompanied by her son (Valerio Bartoleschi), Vitti trudges through a toxic and barren landscape; her expensive designer shoes covered in greasy muck. Under the thick gray clouds, a group of striking workers gather to stage a demonstration. They recognize Vitti as the wife of plant manager Ugo (Carlo Chionetti), their nemesis in the current labor struggle. 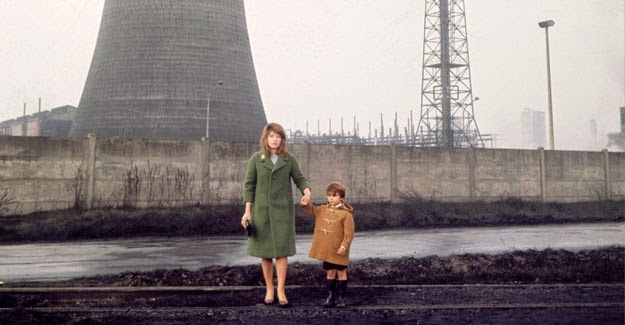 This is our first indication that Red Desert will be one of those films about alienation from the modern world. Vitti’s inability to understand what that world considers her proper place makes her a danger to the status quo and a figure of mystery. These early scenes are among the most effective in the entire film; they glisten with foreboding and a cold, wet gloom. And while Antonioni hints at Vitti’s internal struggles, he also alludes to the plight of humanity caught in the crossfire of a war between technology and nature. 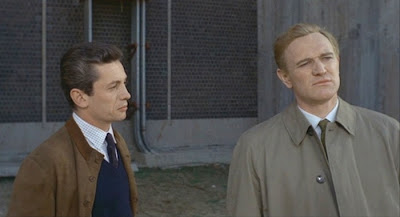 Inside the steel walls of the power plant, Ugo is meeting with a colleague named Zeller (Richard Harris) who has been charged with opening a similar facility in Argentina. Desperate for experienced workers, Zeller has come to seek Ugo’s advice and to do a little recruiting from the pool of strikers. Ugo enlists his wife’s help in entertaining the visitor, and Zeller and Vitti spend an afternoon strolling the ancient cobblestone streets of Ravenia, where an unspoken sexual tension begins to develop. 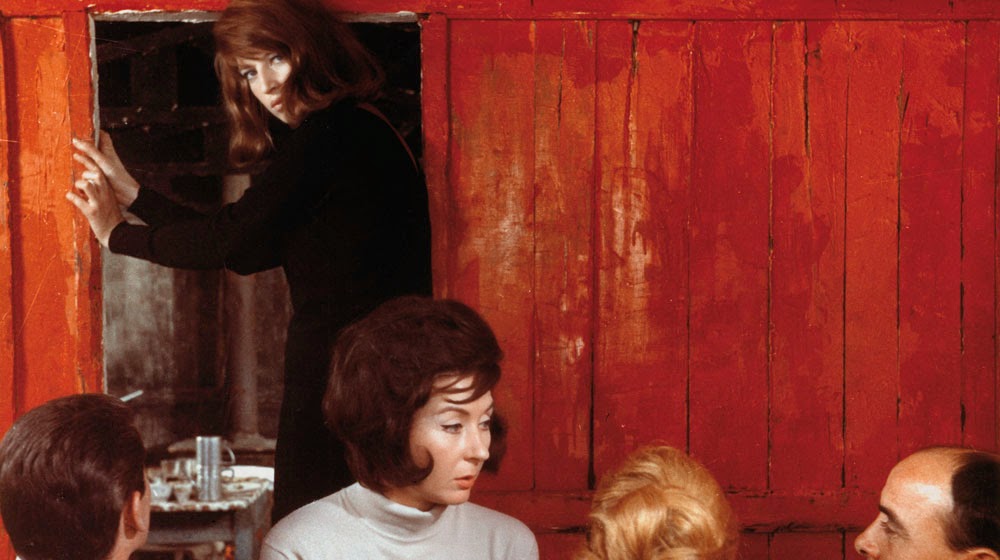 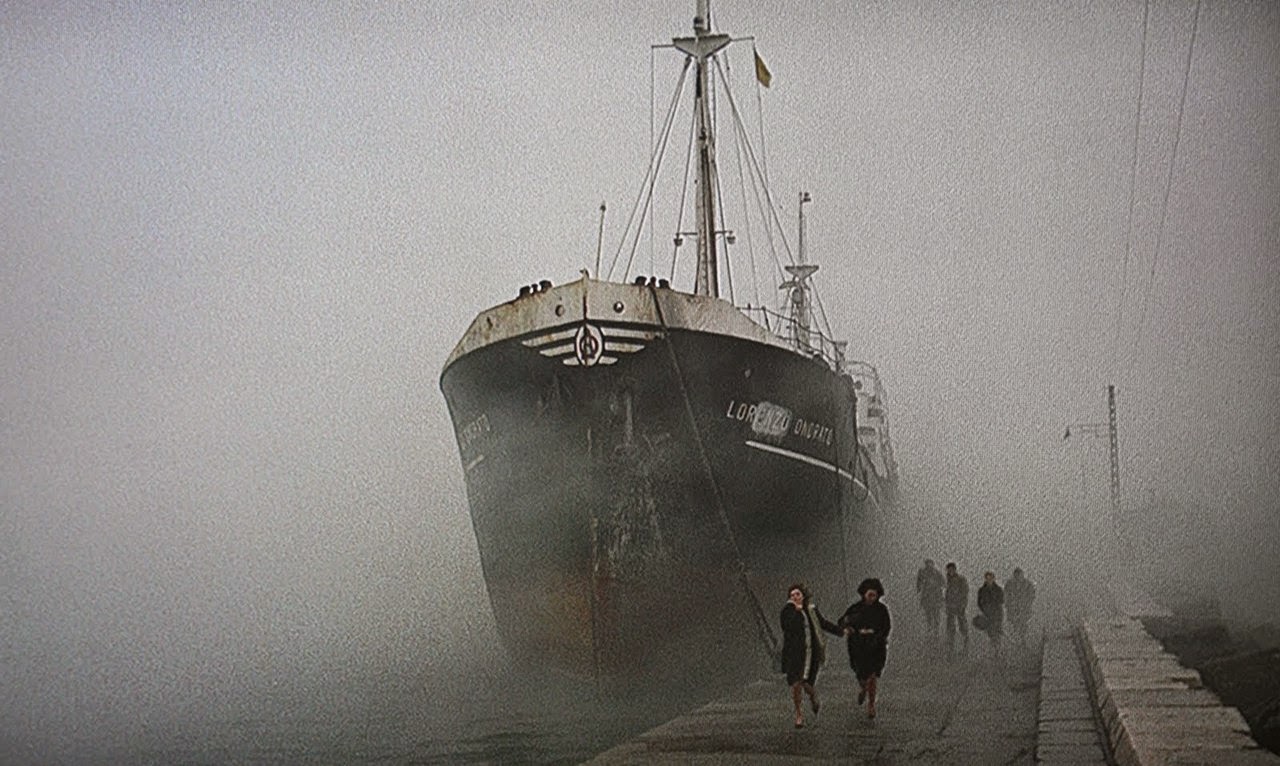 Red Desert has a number of intriguing images, and this sequence features one of the most impressive. As the partiers stare out of the cabin’s window, the hull of an enormous cargo ship passes through the frame, impossibly close to the small, and now stripped bare, cabin. Harris opens the door to give us an even better look at the hulking freighter, and the resulting contrast in scale pushes the film even further into the territory of desolate surrealism. But this is no ordinary vessel. The crew is suffering from a deadly epidemic and medical authorities soon quarantine the ship, furthering Antonioni’s view of the industrial world as a threatening sphere. 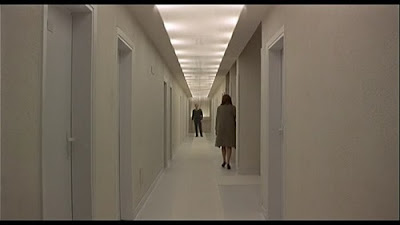 But as humans are threatened by industry, Monica Vitti is threatened by the meanderings of this film. As the story evolves, Harris’ character becomes more leaden and one dimensional, shifting more of the dramatic load onto Vitti. Monica Vitti was an alluring and charismatic screen presence, but that’s not exactly the same thing as being a good actress. In this film, she has two speeds: catatonic and hysterical. The mysterious minimal thing she does very well, but the final reel calls for hair-on-fire histrionics, and Vitti doesn’t really have the chops to pull that off. Antonioni is not blameless; his story should have played to his leading lady’s strengths instead of her weaknesses. 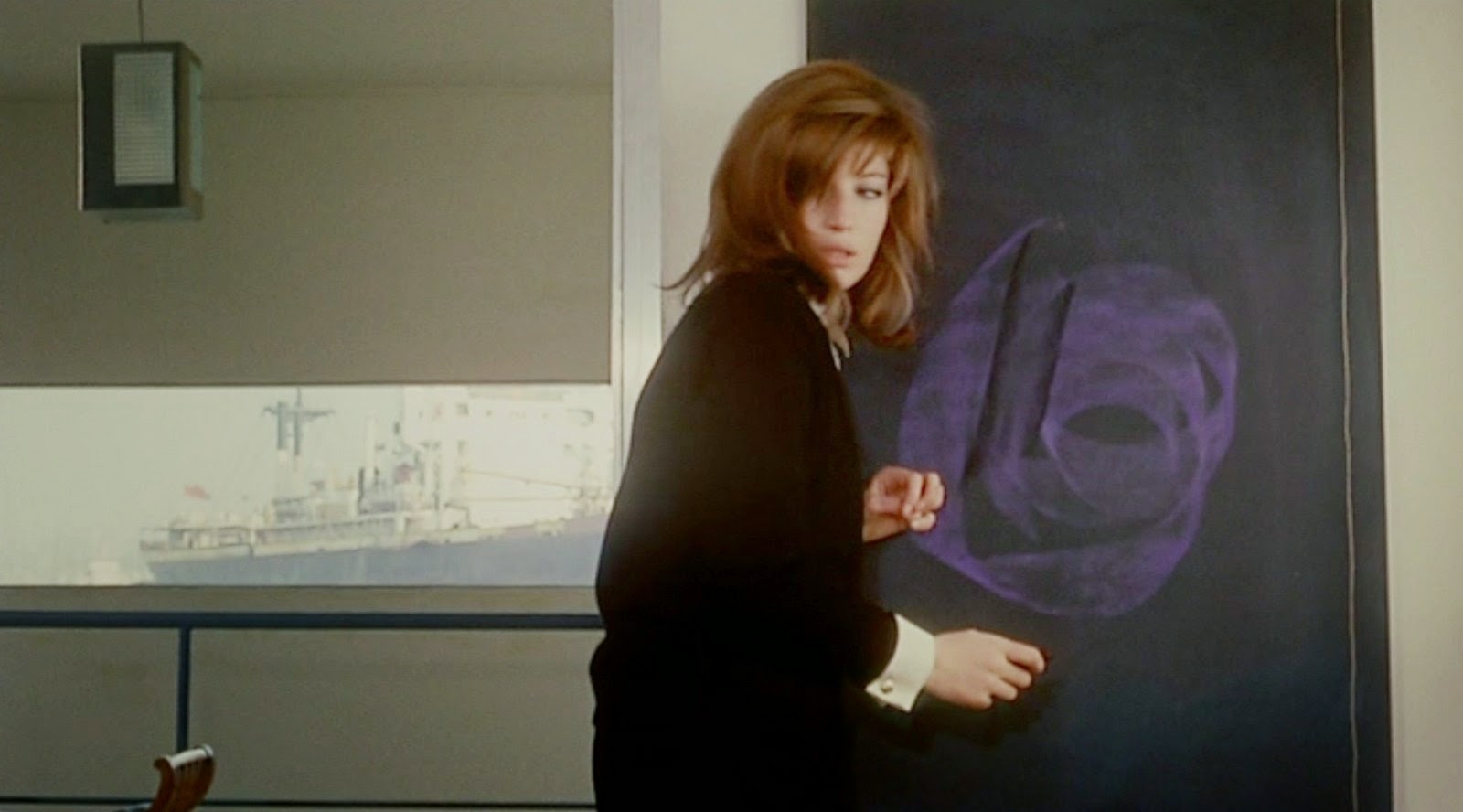 This was Antonioni’s first film in color, and he clearly had a lot of fun with it. The early scenes, rendered in oppressive grays, strike the right tone of cold, rigid conformity. The infrequent bursts of color -Vitti’s green coat, a red sports car – pop with symbolic significance. The film features a fairy tale sequence that’s saturated and sunny. The necessity of the scene is debatable, but it proves Antonioni’s deep understanding and early mastery of color design principles. 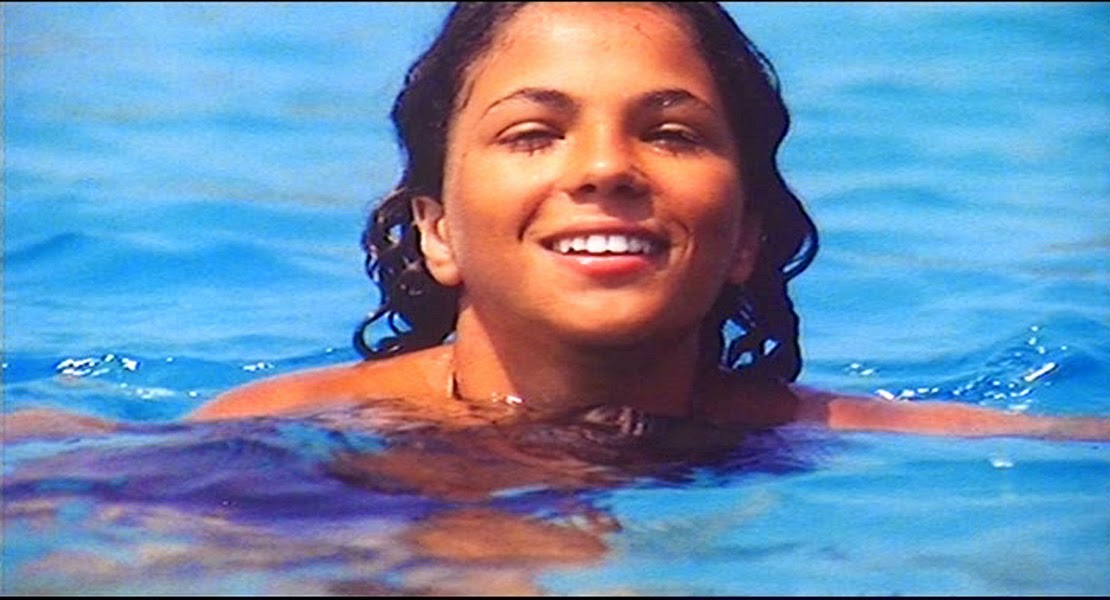 Michelangelo Antonioni’s Red Desert is a film of great beauty, there’s no denying. But under the moody patina lurks a hulking, overworked and oversold conception. At times, the film moves gracefully across the screen. At times it sputters like a rusty cargo ship overloaded with unanswered conundrums and self conscious metaphors. 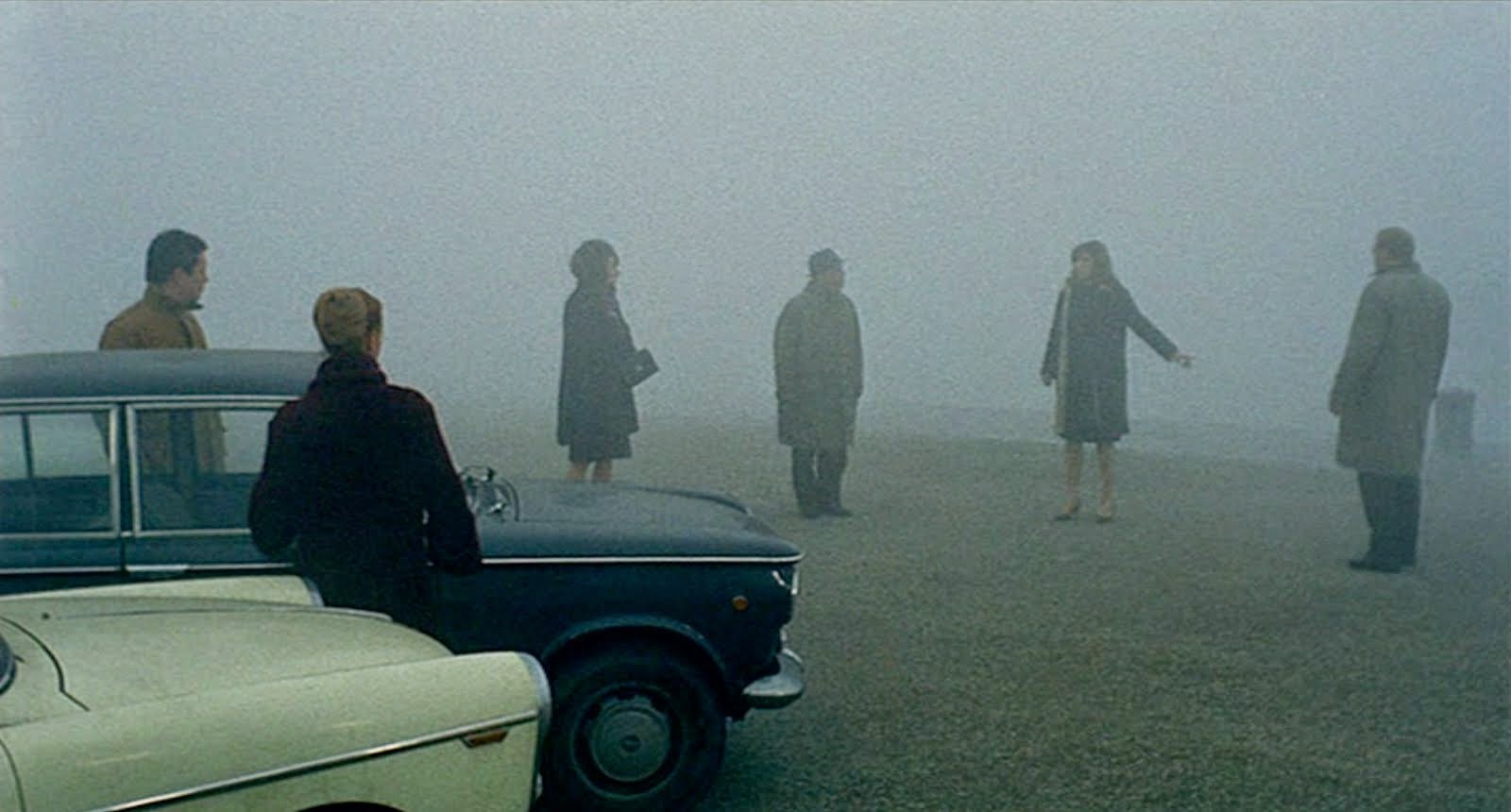 But this is a classic, unapologetic Italian art film. It experiments with narrative form, visual design, political sentiment and sexual suggestion, all while issuing a complex opinion of the individual’s place in the modern world. While today we can appreciate it as a beautiful but unrefined artifact - like a scarab from Tut’s tomb- 1964 audiences must have been downright mind boggled.