Today in Bunched History: A Matter of Taste (2000) ✭✭✭ 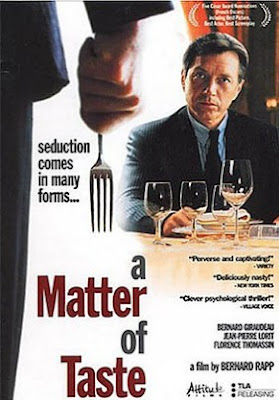 A Matter of Taste is a well executed film: excellent production, nicely photographed and well acted. But by the time it’s over, like the principle characters, you may find yourself feeling a bit empty. This anti-romance details the growing dependency between a filthy rich CEO (Bernard Giraudeau) and a handsome young waiter (Jean-Pierre Lorit) back during the last days of the 1990’s financial bubble. The two meet during a business dinner and Giraudeau, oddly fascinated by his young server’s demeanor and ability to identify complex culinary seasonings, hires Lorit at an astronomical sum to serve as a personal food taster. 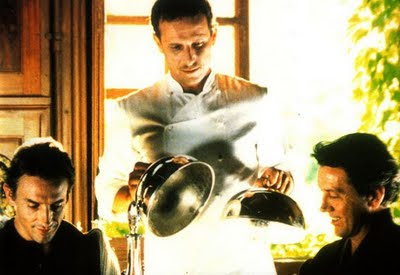 This premise is not as preposterous as it sounds for director Bernard Rapp does a good job of selling us on Giraudeau’s unique superstitions and paranoid fears. The story appears to be headed one direction – a burgeoning gay relationship, despite the character’s protestations - but the bond between the two men slowly develops into something much larger and more mysterious than mere physicality. Giraudeau seeks a mental and physiological oneness with his young employee that can only be achieved by Lorit’s complete and absolute fealty to his employer and, to that purpose, Giraudeau sets out to break the young man’s will and utterly subjugate Lorit’s individuality. 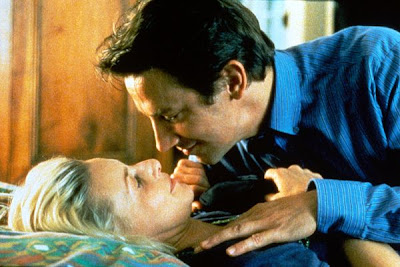 There is really nothing romantic going on here at all. The goal is sheer unvarnished power; the power to own, and the power to remake in one’s image. Yet, Giraudeau’s authoritarian experiment makes him surprisingly vulnerable, for what is a deity without worshippers?  So whenever Lorit finds the head games just too much to bear, it is Giraudeau who must come crawling back, laden with abject apologies. If Bernard Rapp is guilty of anything it’s overstating, as he does not seem to know how to end this cycle of abuse and contrition. 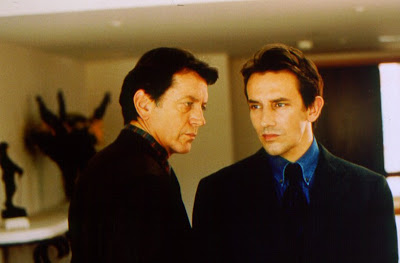 The stakes get larger and larger until ultimately the whole story ceases to be a metaphorical fable and becomes an embarrassing self parody.  As an audience we feel cheated, for we have dutifully followed this trail down many blind and increasingly far-fetched alleys, only to have the entire construction topple into a heap of melodramatic hokum. A Matter of Taste does many things well, but at its conclusion, the only thing this reviewer felt was a vague sense of relief. Similar to when a neighbor's blaring car alarm finally shuts off.

We have this film on DVD, but never watched it. Your review makes me curious again.