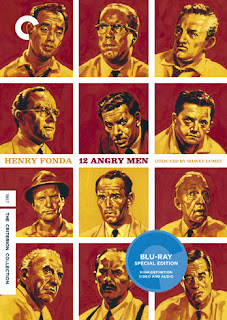 12 Angry Men, Sidney Lumet’s tension laced set piece from 1957, would be derided by talk radio as liberal claptrap if it were released today. The story of a lone juror (Henry Fonda) who seeks to impede a jury’s rush to judgment in a capital murder case, 12 Angry Men is a drama that grows organically from tiny seeds; seeds that 90 minutes later produce a harvest of shameful revelations. Through clever and telling details, Reginald Rose’s script strips away his characters’ thin veneer of civilization and exposes the racism and class warfare that lies beneath. With the fate of an accused murderer in the balance, each juror is forced to look into the dark mists of his own soul and ultimately issue a verdict; not just in this case but on the whole of humanity. 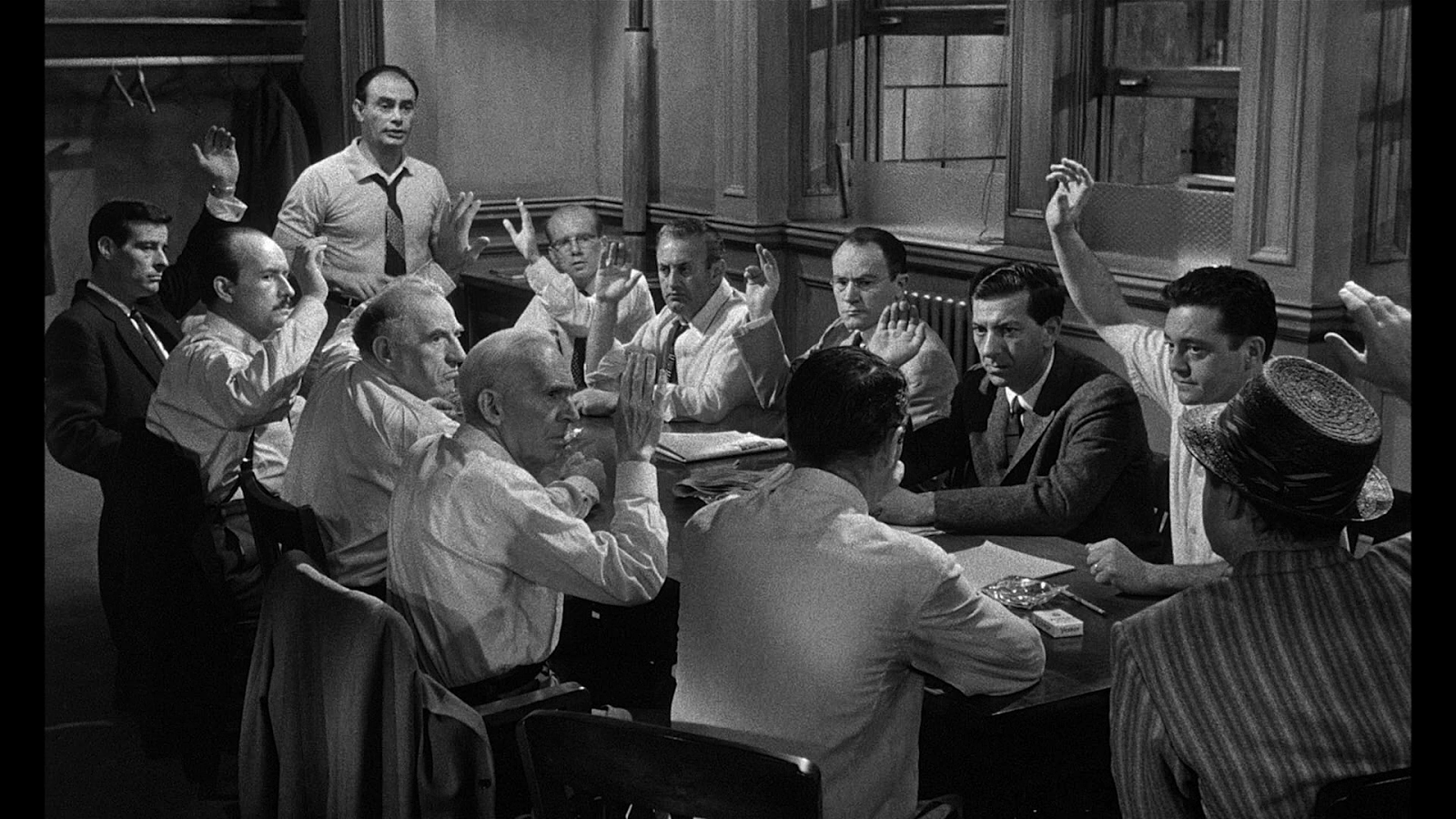 As a testament to the property’s enduring relevance, 12 Angry Men has been remade and rebooted several times over the years, both on film and on stage, including a padded, meandering Russian version in 2007, complete with a young Chechen defendant. The script originated as a teleplay in 1955, broadcast live as an installment of CBS’ Westinghouse Studio One, and has evolved into the status of a true classic. Now available in a handsome Criterion blu-ray, 12 Angry Men retains its riveting dramatic currents with new clarity and detail, and the film’s superb acting and flawless construction burst forth with unprecedented vividness. 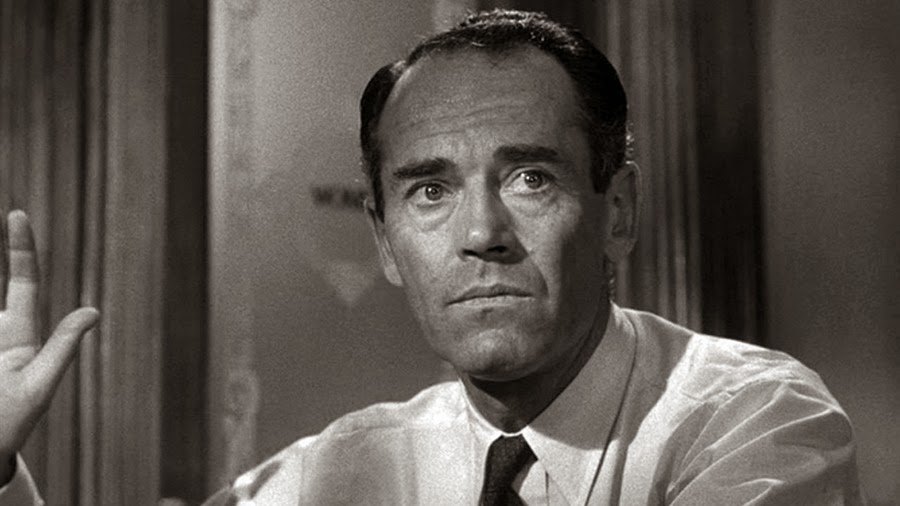 The physicality of the production couldn't be simpler - twelve jurors sequestered at a conference table trying to reach a unanimous verdict – but that simplicity is deceptive. Through meticulous blocking and skillful performances, the scope of the story far exceeds its spatial confinements, and creates a dramatic web that encompasses the social spectrum. Through an impeccable ensemble cast, Lumet and Rose explore the dynamics of the political spectrum: the entrenched dogma of the extreme contrasted with malleable souls who simply go along for the ride. The script inverts its own logic and sets forth a series of seemingly impossible hurdles, all of which are overcome by one man who refuses to submit to intellectual laziness. Lumet’s frames grow increasingly tighter, eventually isolating each juror as his preconceptions and prejudices are swept aside. Soon, all each man has left is his own self interested acceptance or denial; the intellectually honest concede their errors, while the ideologues battle on with bilious spite. But the tides of change are irresistible, and even the most deep-seated hatreds are powerless against them. 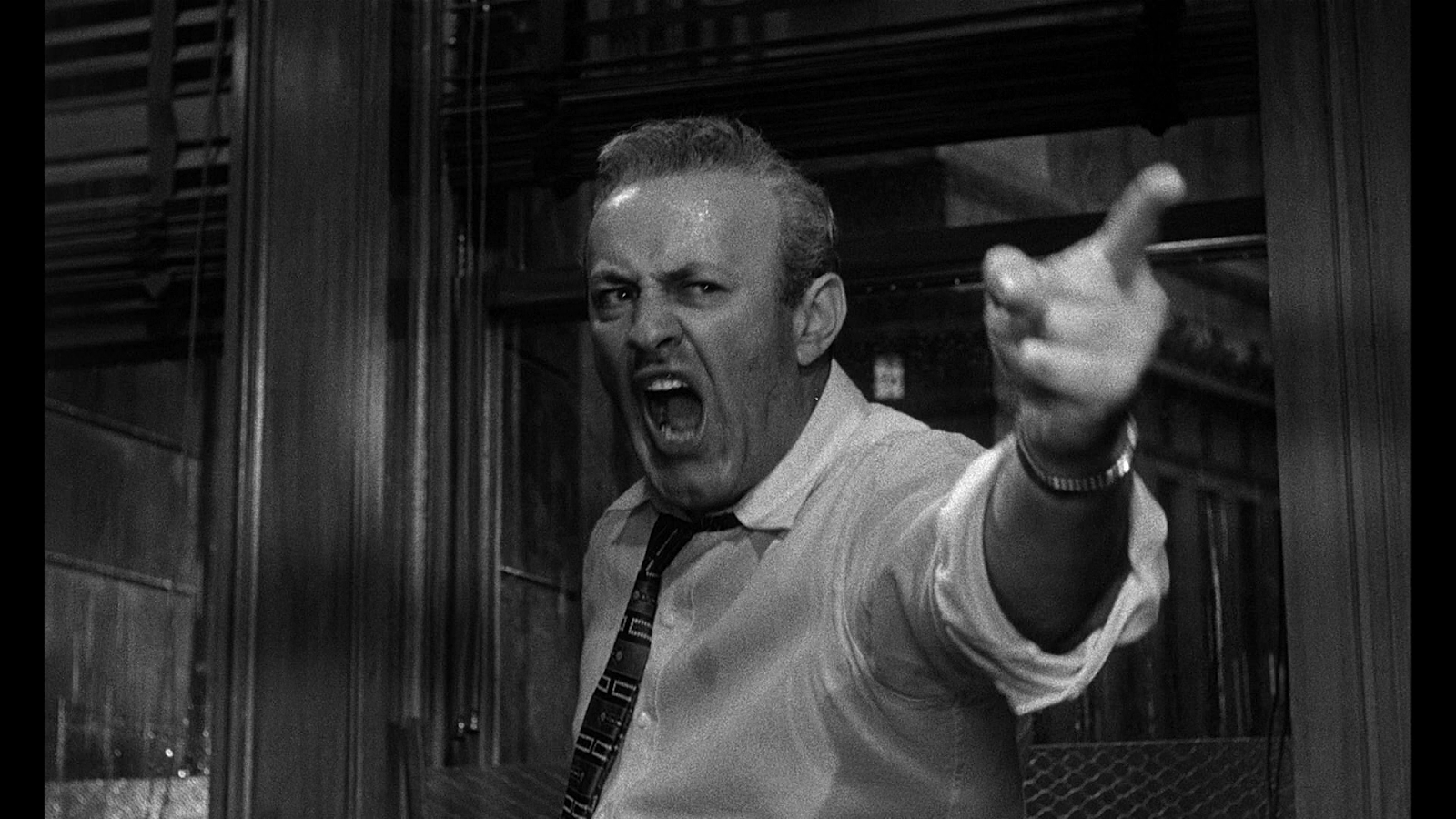 12 Angry Men is an actor’s picture in the truest sense, its unrelenting pressures dependent on timing and technique. Lumet’s brilliant cast, including a few holdovers from the original TV broadcast, features a squadron of familiar faces. Established stars like Henry Fonda and Ed Begley freely mingle with relative unknowns who would go on to long careers in television and film. Over the course of the film, each actor is given his moment to shine, and in vignettes great and small there are no awkward or fumbled moments. Fonda, as thoughtful, empathetic Juror 8, acts as the film’s navigational moral compass; his intellectual cool providing a counterpoint that both infuriates and impresses his fellow deliberants. His polar opposite, Lee J. Cobb, delivers a pitch dark rendering as an authority-worshiper who can’t wait to slip the noose on the young Hispanic defendant; his thirst for vengeance driven more by personal failures than any desire for justice. The great Jack Warden adds another winning performance to his portfolio of regular guy slobs while Robert Webber, as a slick adman, provides the film’s scant comic relief. In a superb sequence, E.G. Marshall’s self-righteously pragmatic stock broker has his Road to Damascus moment when he fails a memory test administered by Fonda, opening a floodgate of second guessing by his fellow jurors. 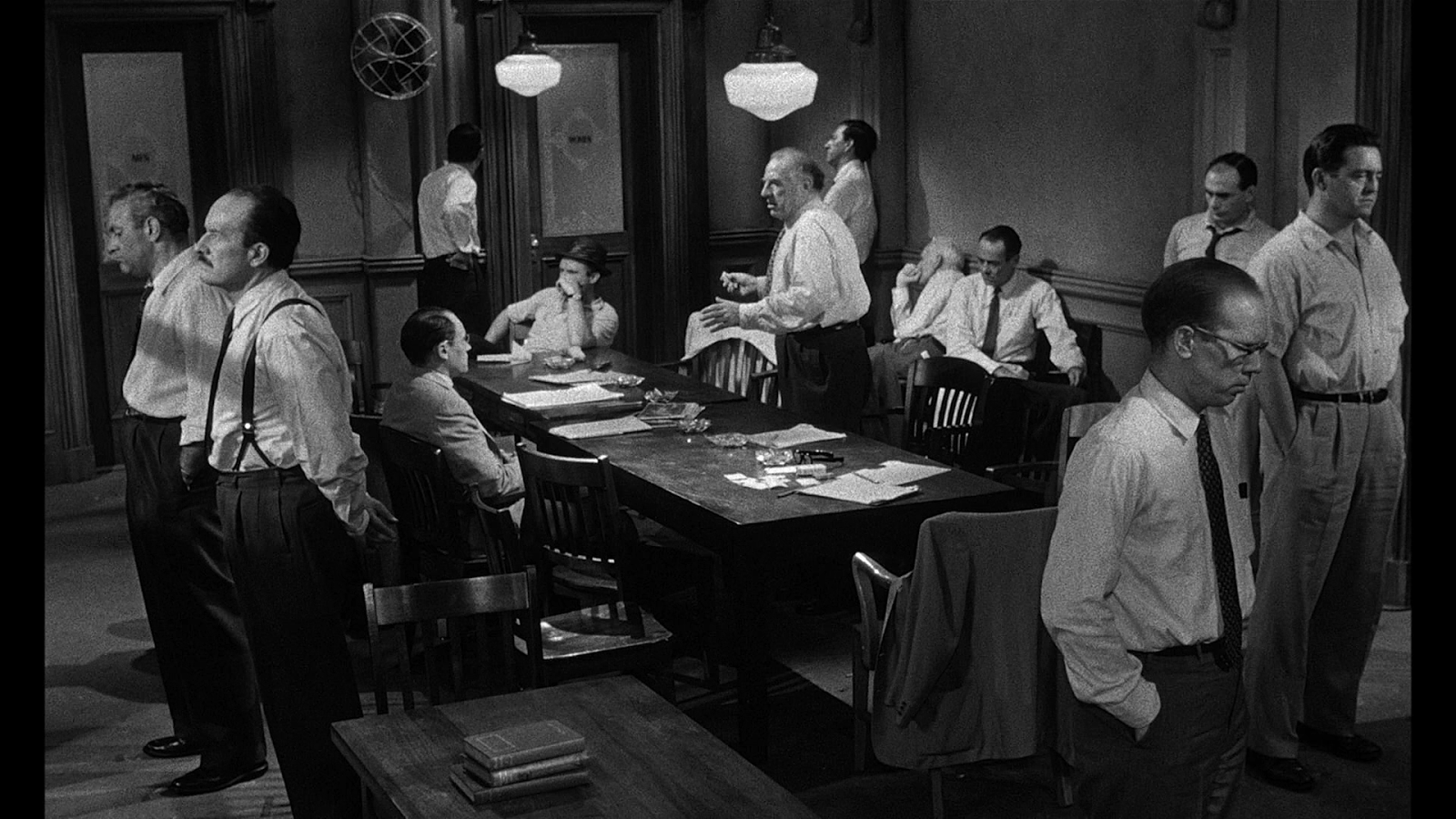 Any analysis of Sidney Lumet’s directorial style – and his extraordinarily successful 60 year career – starts with great respect for actors, as evidenced by the whole-cloth fashioning of 12 Angry Men’s nameless characters. Some dominate while others recede into the background, yet it’s clear each actor is working from a tightly defined backstory. Their biographies rarely come into play during the narrative, but each man’s history and place in the world form vital building blocks to character. Yet, Rose and Lumet build beyond types, and their jurors emerge as fully human and fully believable; each man a product of unseen experiences held deep in the soul. These hidden layers give 12 Angry Men its pervasive sense of simmering contempt and suppressed violence, and elevate the film into an American classic. It’s a bare knuckle fight to the finish, with the sharp daggers of intellect and decency as the weapons of choice.

I think Ray Milland is hot.