Three Days of the Condor Turns 40 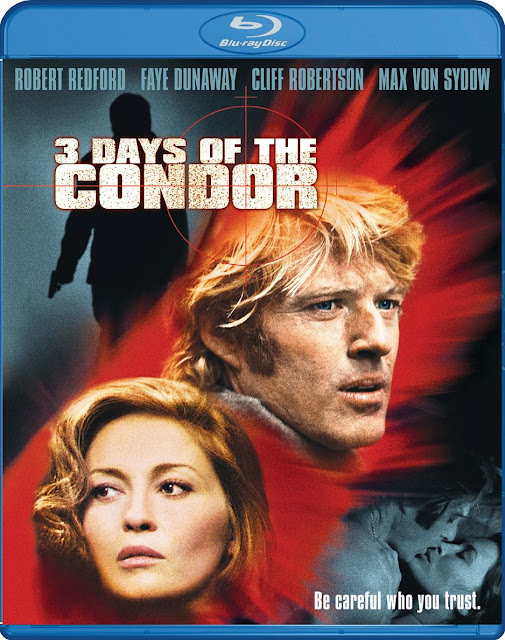 The Watergate hearings in 1973 confirmed what many Americans had long suspected: at the highest levels of government existed a secret, shadowy element that operated more as a criminal enterprise than sworn defenders of the nation’s laws. Director Sydney Pollack acted swiftly on this revelation - and the attendant paranoia - with his nail biting 1975 spy vs. spy thriller Three Days of the Condor. Robert Redford stars as a low level CIA researcher who stumbles on a secret agency plot to incite an invasion of the Middle East by the U.S. military. When his bookish coworkers are brutally murdered in a gangland style execution, Redford goes on the run, and slowly realizes he has tapped into a conspiracy with tentacles that reach throughout the government. With the help of a mysterious woman from Brooklyn Heights (Faye Dunaway), Redford hatches a desperate plot to turn the tables on his pursuers, and bring his friends’ murderers to justice.

40 years later, Three Days of the Condor still offers entertainment aplenty, as long as viewers don’t examine its story holes too carefully or roll their eyes at the film’s de rigueur romantic subplot. With Redford and Dunaway, Pollack combined two popular American actors at their absolute peaks of sexual charisma, and their starpower propels Lorenzo Semple Jr.’s script with polish and style. The film also features Max von Sydow as the agency’s spookiest spook, and here Ingmar Bergman’s favorite leading man seems to enjoy the sheer simplicity of shooting people, as opposed to grappling with the complexities of the human soul. 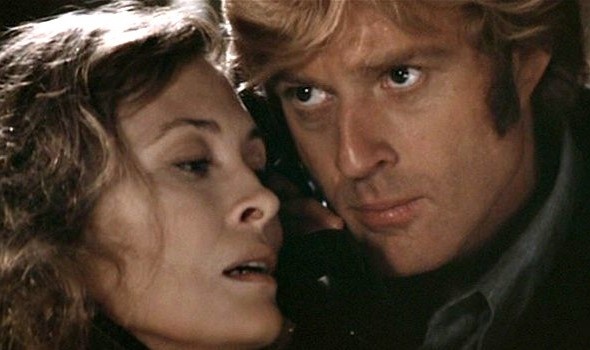 Three Days of the Condor also has its prescient side, as the ultimate goal of the conspiracy is to start a bogus war that will benefit America’s oil industry. This idea may have seemed far fetched in 1975 but, today, not so much. And, in another bit of chilling irony, much of the film takes place in NYC’s still intact World Trade Center, where the CIA actually had their public offices at the time. It’s impossible to watch scenes of the tower’s white marble lobby and its phalanx of elevators without having one’s memory jolted back to the horrific destruction that would ravage the site 26 years later. Of course, there are those who believe there was some rogue agency at work in that tragedy as well. While Three Days of the Condor doesn’t deal with a government conspiracy that huge, it does make you believe these dastardly guys can do almost anything if they put their minds to it.