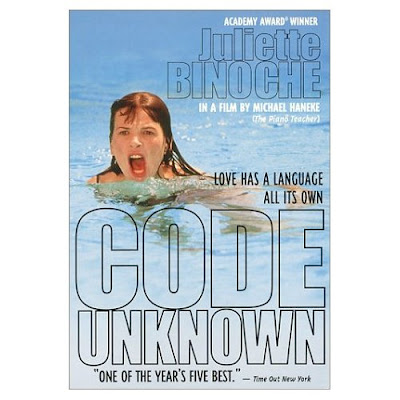 Code Unknown is an impressive bit of cinematic storytelling and may well be Michael Haneke's best film so far. The narrative bounces like a pinball from character to character in ways that may seem random at first, but ultimately there's a clear and satisfying logic to the whole progression. 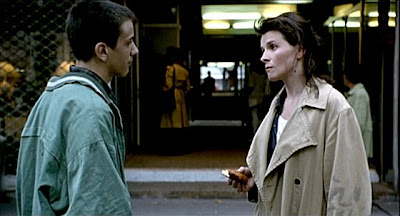 Haneke's greatest strength is his near perfect ability to simulate reality. By consistent and intelligent use of the steadicam, and by carefully constructing his audio tracks, Haneke effectively removes the layer of artifice that usually separates the viewer from the drama. In this film, that technique is taken a step further, as each scene is a single take vignette with no editing and therefore no disruption to the perception of real events occurring in real time. 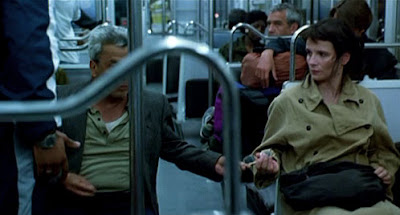 Some of these scenes are simple, but several involve complex choreography and are rather amazing achievements. Beyond technique, the film features some extraordinary performances as well, for as we gradually scratch deeper and deeper into these characters moments of truth and clarity emerge. Particularly memorable is the sequence where Juliet Binoche and her elderly neighbor (Andree Tainsey) leave the cemetery. Barely a word is spoken, yet it is an absolute gut-punch of a scene.