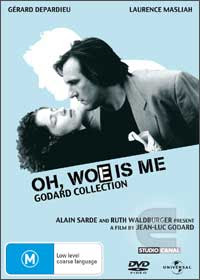 Oh, Woe is Me is a Jean-Luc Godard effort from 1993 - one of his most aesthetically successful periods - and it stands as a pleasing distillation of all that is right and good about his unique cinematic vision. Neither painfully obnoxious nor blatantly offensive, Oh, Woe is Me has something resembling a central narrative framework - not often the case with Godard - that still leaves plenty of room for the director’s patented flights of obtuse philosophical fancy. Nestled amid waves of deceptively simple yet gorgeous imagery are deep strata of personal reflection and theoretical musings, custom made to enlarge and transform traditional methods of filmic storytelling. 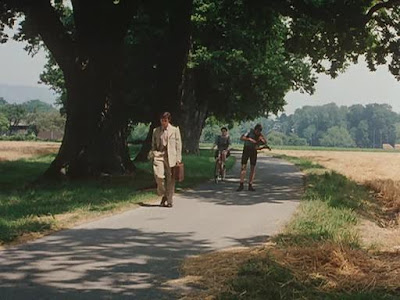 Set in a rural coastal community, Oh, Woe is Me sparks a surreal tone with some long, diorama style dolly shots - reminiscent of Godard’s Passion - that evoke compositions found in classic frescos. Along the way, Godard will weave a tangled narrative net that melds elements of Greek mythology and traditional Christian thought, all skewed toward a post-modern world with atheist leanings. One day a writer (Bernard Verley) shows up at the local auto repair shop - Godard is endlessly fascinated with garages for some reason - seeking the whereabouts of a couple named Simon and Rachel. This bit of dramatic incitement nearly gets lost amid the tableau of eccentric characters and situations Godard presents early in the film, but this quest will unlock a maelstrom of mystical questions. 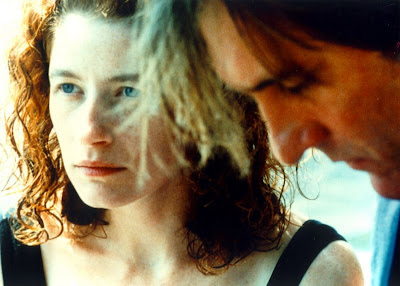 Eventually we meet Simon (Gerard Depardieu) and his long suffering wife Rachel (Laurence Masliah) and it’s clear their marriage is beset by an odd and queasy form of ennui. Rachel appears to spend most of her time swimming in the town’s brackish canals while Simon goes on long business trips and generally avoids her. The quiet hamlet also has another resident, a shaggy haired stranger with the creaking voice of an Alphaville computer (Harry Cleven) who may or may not be God come to Earth to experience the pleasures of the flesh. This mysterious deity will ultimately inhabit Simon’s soul, infusing the wonders of the trinity into the flabby body of a bored French businessman. 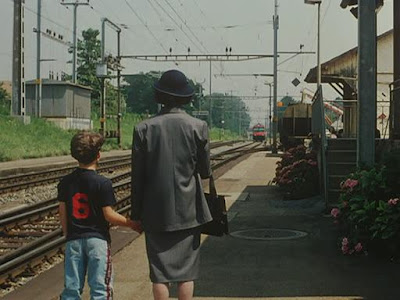 While trying to weave through this storyline would be a fair day’s wage for most directors, Godard treats it as just another subplot in a sea of existential ephemera. He also finds time to skewer France’s high speed trains, video games and the overly formal way humans are taught to interact. Here, Godard’s characters often end their sentences with the nonsensical “Or a bookseller” and throughout the proceedings audiences are reminded of the inherent falsehoods and contrivances of filmmaking. 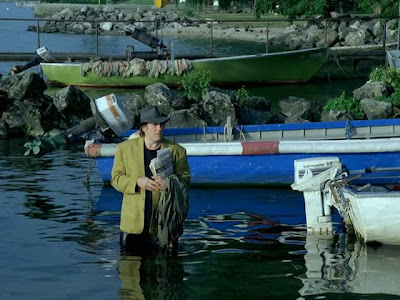 But at its core, Oh, Woe is Me is a like the story of Job in reverse, where the main character feels not abandoned by God but unshakably stuck to Him. The films of Jean-Luc Godard are not meant to be understood in any sort of conventional way. Scholars and critics have expended countless mental calories dissecting and discussing the director’s vaporous allegories and allusions. Sometimes this is a worthwhile exercise, but more often it’s a cascade of unverifiable opinions and hunches. More to the point, Godard’s cinema needs neither context nor structure to remain vital and engaging. It’s easy to dismiss Oh, Woe is Me - and a host of other Godard films - as self indulgent and impenetrable. However, I think we can all agree that much of life doesn’t really make sense. Godard just has the guts to admit it.

New to me - but I think I'd enjoy it thanks to your review. Sounds like one for sitting back, with a glass of wine and letting go, not trying too hard to "get" at all times. That title is terrible (I think) but I'm intrigued.