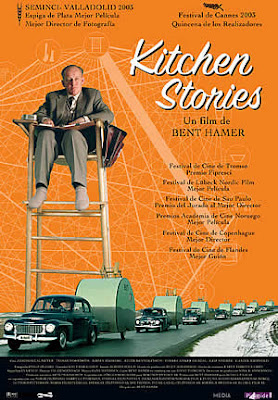 This arid, retro Scandinavian comedy offers immense and surprising pleasures that seem to come out of nowhere. A band of 1950s-era Swedish efficiency experts, bulbous travel trailers in tow, caravan across the frozen plains to study the kitchen usage habits of rural Norwegian bachelors. 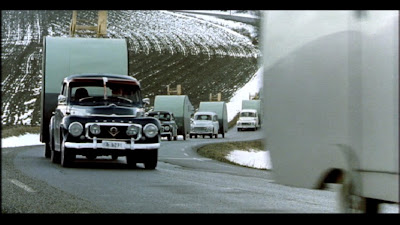 One such researcher named Folke (Tomas Norstrom) is assigned to catalog the daily activities of Isak (Joachim Calmeyer), a reluctant and at times belligerent subject whose eccentricities comically frustrate the researcher at every step. Eventually, the two men settle into a kind of stalemate where the line between observer and guinea pig becomes blurred and then completely obliterated. 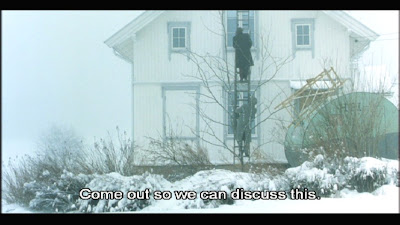 Norstrom’s long and impassive countenance is the perfect foil for Calmeyer’s craggy obstinance and we eagerly await each amusing and unexpected turn as this odd couple’s story unfolds. Thanks to director Bent Hamer’s clear and detailed vision of the material, we feel as though we are in lockdown with the two men, as the deep snow and biting winds of a Norwegian winter lead to a sort of cabin fever that causes the pair to comically question their roles in life and the choices each has made. 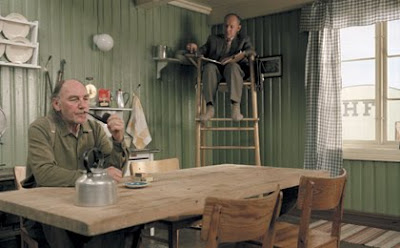 Solace is found in small pleasures - jars of pickled herring for Folke and monthly baths for Isak- and we realize that the science of Sociology is an imperfect one at best, as it attempts to tailor people to it’s neatly defined categories with no allowance for individualism. Ultimately, it is clear any social engineering data derived from the study depicted in this film would be as useful as last week’s TV Guide, and this realization causes an existential quandary as the entire research team devolves into a humorous sort of harmless decadence, and the scientific method is quietly discarded. 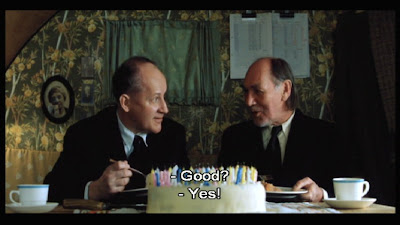 The film’s coda strikes a note thats both poignant and satisfying, as role reversals and small rebellions complete the slightly skewed circle of life that is “Kitchen Stories”.

I loved this movie, and your review here reminds me why. To all the points you make, I say yes, yes, yes!