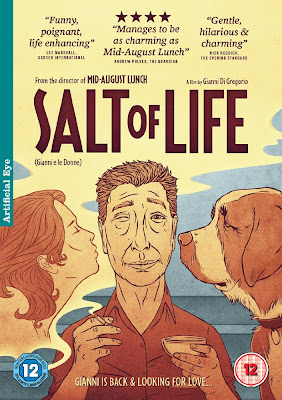 The films of writer/director/actor Gianni Di Gregorio cater to a woefully underserved demographic. His breezy comedies are all about men at or near retirement age who find their new leisure consumed by caring for elderly, and quite flaky, parents while their own children, now pushing middle-age themselves, remain at home and refuse to grow up. Di Gregorio’s directorial debut, 2008’s Mid-August Lunch, found his earnest everyman character accidentally running a sort of daycare for demanding and slightly demented little old ladies, with amusing results that buzzed with the truth of experience. 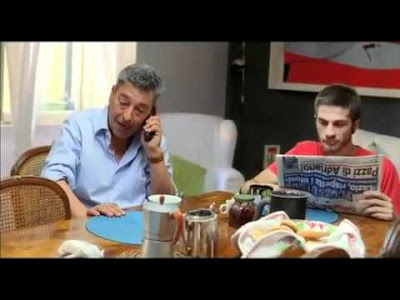 His newest comedy, for some reason called The Salt of Life --the original Italian title Gianni and the Women is much more accurate-- again features Di Gregorio as a pensioner forced into early retirement by his employer. But Gianni’s golden years are being consumed by a seemingly endless ritual of errands, as his still working and distracted wife (Elisabetta Piccolomini), his daughter (Teresa Di Gregorio) and her unemployed live in boyfriend (Michelangelo Ciminale) all take advantage of Gianni’s reliable good nature. 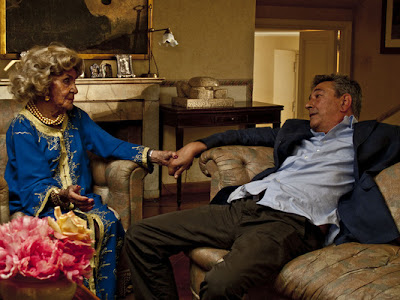 Meanwhile his 90-ish mother (Valeria De Franciscis), despite her sweet demeanor, knows how to push all Gianni’s buttons, manipulating 60 years worth of fear and guilt to permanently keep him at her beck and call. Gianni begins to consider a romantic fling to escape his deepening rut, With the help of a lawyer friend (Alfonso Santagata) he visits a few of Rome’s singles bars where Gianni’s worst suspicions are confirmed; he has reached an age where he has become invisible to attractive women. 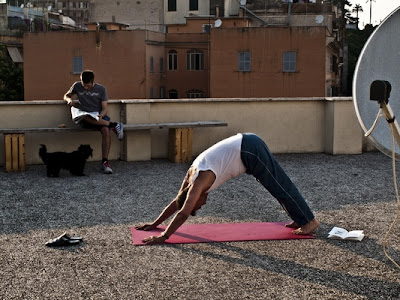 Di Gregorio handles his character’s late midlife crises with gentle and graceful humor, hitting the bullseye through observations of meticulous precision. His scenes with De Franciscis bubble with resonance, as he can only watch while his mother fritters away his inheritance on expensive champagne. Despite her pose of independence, she will ring Gianni at all hours of the night to rush over and make small adjustments to her television, while hilariously hinting he has somehow disappointed her. In a laugh-out-loud scene with extraordinary timing, Gianni’s attempt to get in shape to impress the ladies ends when he must summon his ersatz son-in-law to help unwrench his back. 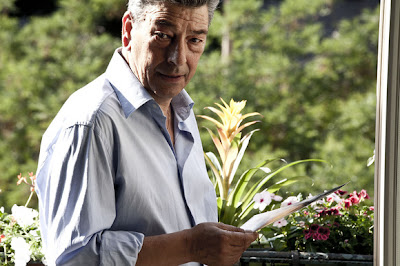 As the early films of Woody Allen tilled the fertile comedic ground of New York intellectuals, GIanni Di Gregorio has found his wheelhouse in the foibles of the AARP set. Your Dunhams, your Nances and your assorted Andersons may get all the attention these days, but my vote for best new filmmaker goes to a hang dog Italian with steamer trunks under his eyes. And at age 60, he’s just getting started.