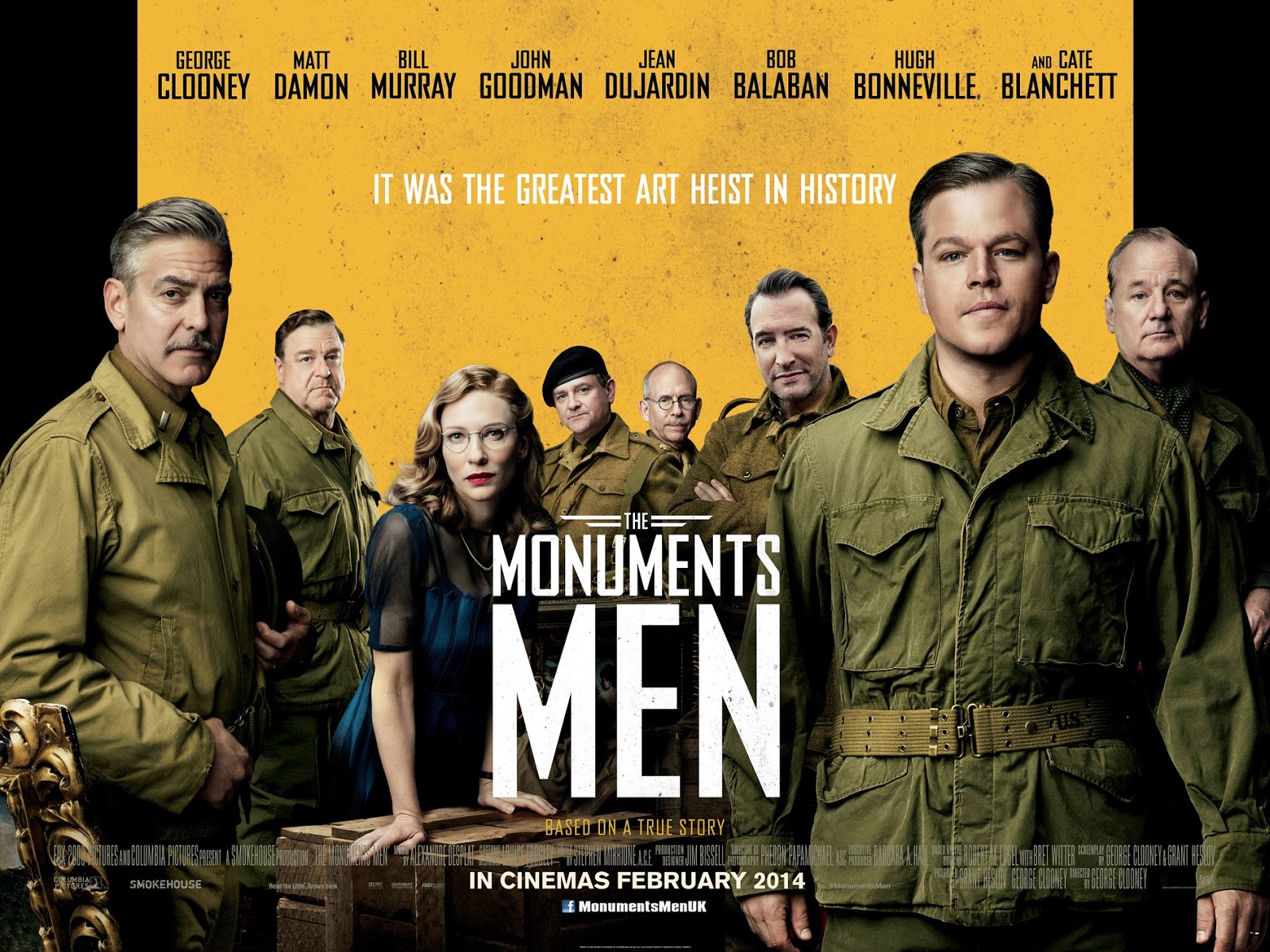 Old guys rule in The Monuments Men, a darn near irresistible entertainment from director/star George Clooney. The film is about a special military unit of bookish art experts, recruited by university lecturer Clooney, who make their way into the European Theater during the waning days of WWII. Their mission is to find priceless works of art stolen by Nazis during their various occupations and return these treasures to the rightful owners. 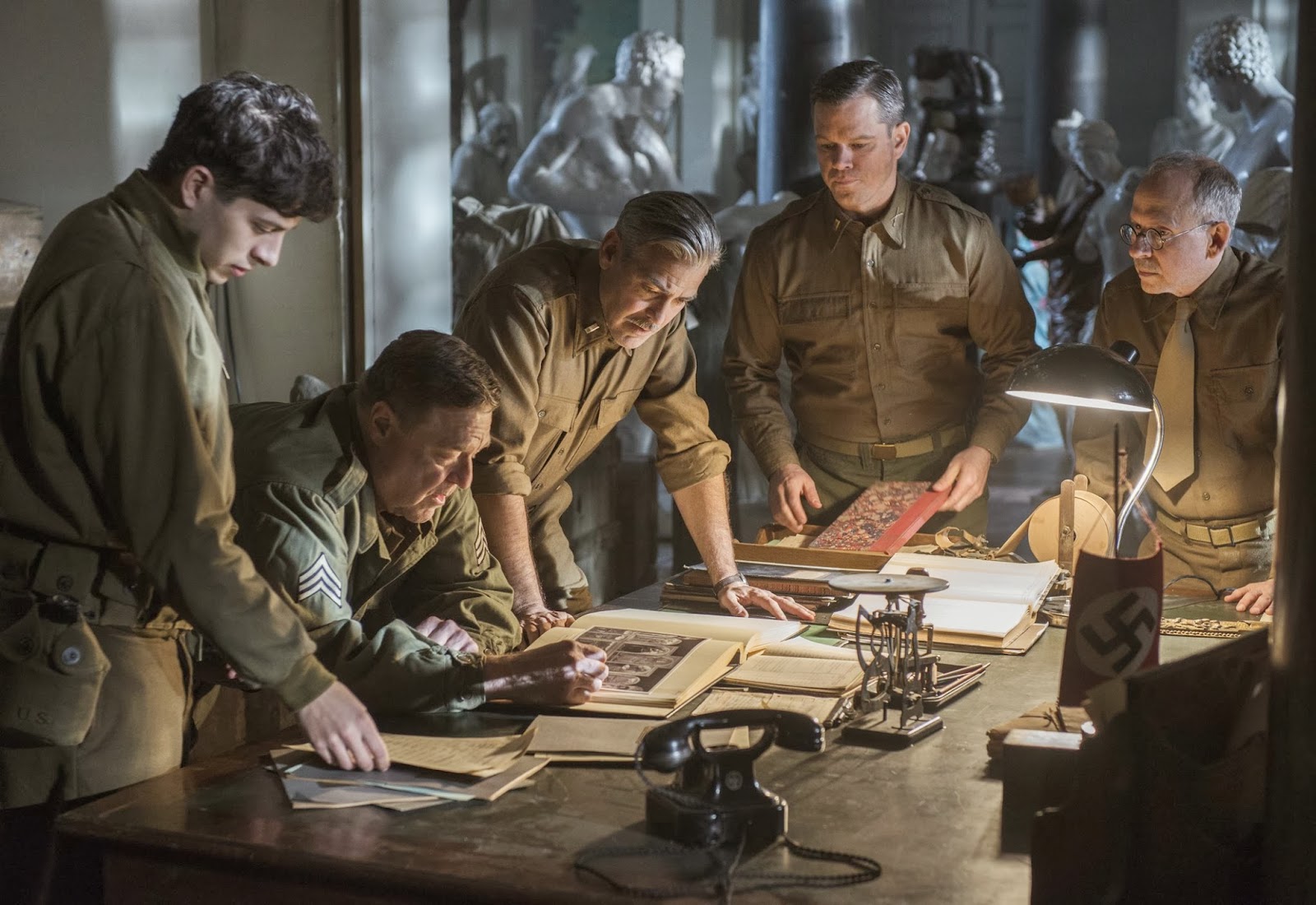 While some critics have charged the film with glaring historical errors - and that indeed may be true - The Monuments Men also features a surprising sentimental sweetness and a palpable reverence for the work of the old masters. As Clooney makes clear in several speeches, the point of the mission is to preserve Europe's history and culture and prevent them from being just another casualty of Hitler's campaign of destruction. These elements can be considered hokey, or a refreshing change from the obsession with ironic hipsterism that has afflicted so many mainstream filmmakers, depending on one’s point of view. In an odd way, The Monuments Men reflects the attitudinal innocence of the WWII generation - and a time when the line between right and wrong was boldly drawn - with a proud clarity that’s unusual in a modern film. 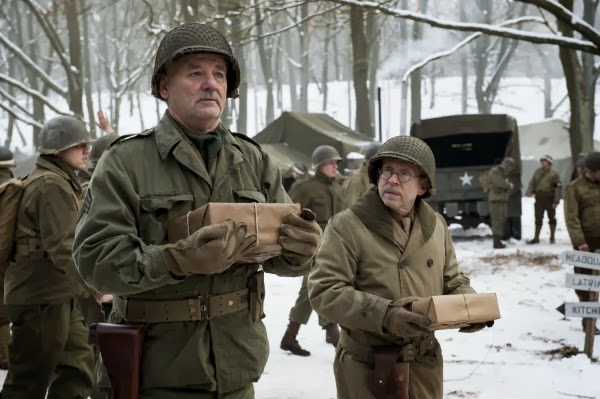 Bill Murray, Bob Balaban, Matt Damon, Hugh Bonneville (who looks quite happy to be away from stuffy Downton), John Goodman and Jean Dujardin complete the principles and these over-the-hill academics develop deep bonds as they grow to depend on each other for survival amid the maelstrom of war. Cate Blanchett continues her current hot streak as a wary Parisian art dealer who closely holds the secrets Clooney and company seek. Despite limited screen time, the movie crackles whenever she’s around; her wounded, brooding presence a vivid reminder of all Europe has endured. 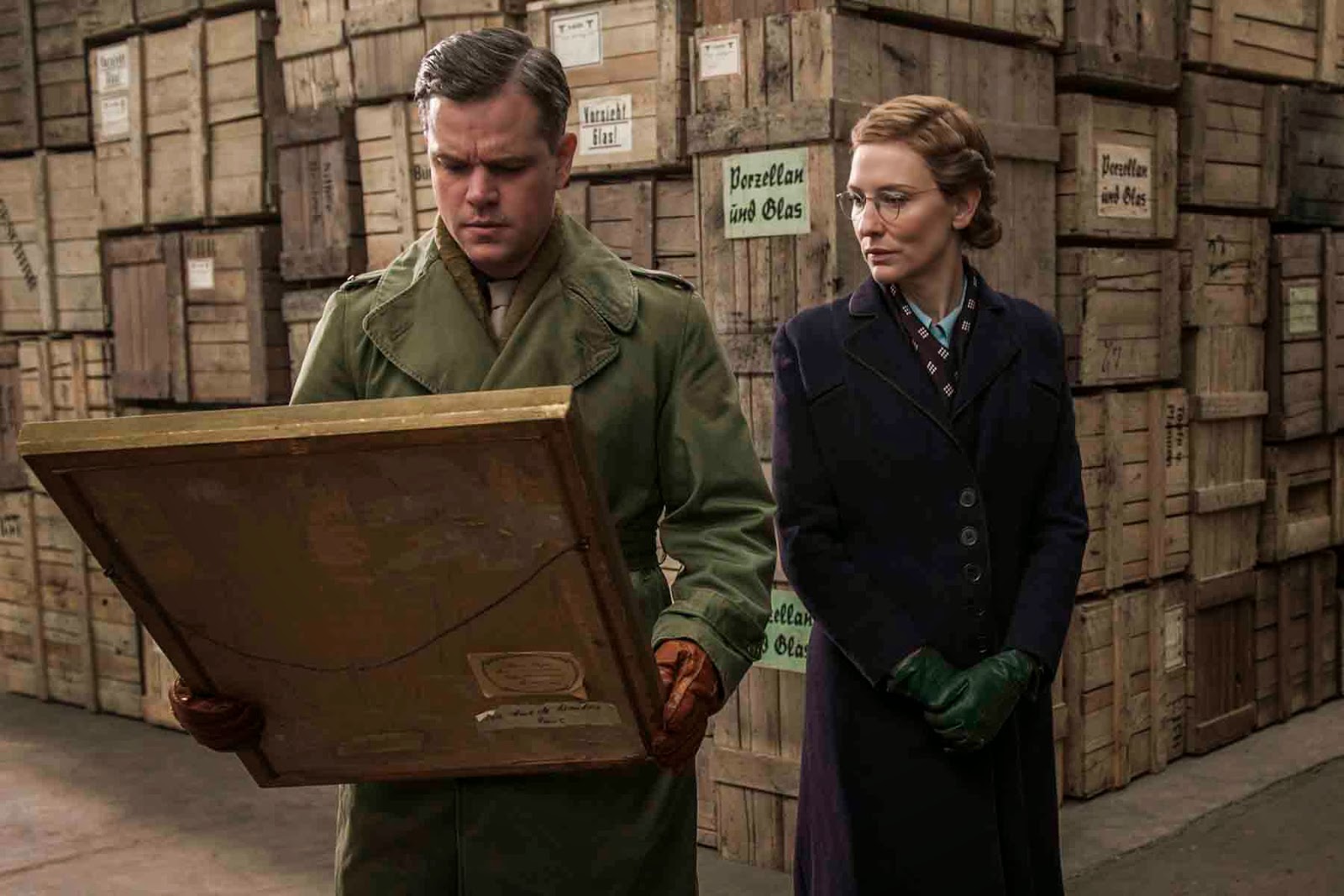 The film's gentle disposition and family-friendly tone are reminiscent of the great Disney live-action adventure films of the 1950s and 60s. Like those rousing tales, The Monuments Men has its own occasional lapses in logic and incredulous moments. Yet the picture succeeds through an effervescent force of will, aided by an assemblage of extraordinary talents who wear their convictions, and decades of credibility, on the sleeve of their olive drabs. Still, this is a film replete with the horrors of war - even if those horrors are presented in a subdued manner - and along the way you'll likely find yourself tearing up a few times. The Monuments Men may not plow deeply into the hedgerows of the human psyche, but it is a worthy diversion and viewers of all ages will learn a fascinating bit of history in the process.

Looks like it's right up the Retro Hound family alley!

I can't wait to see this. And I want to lick Jean DuJardin.