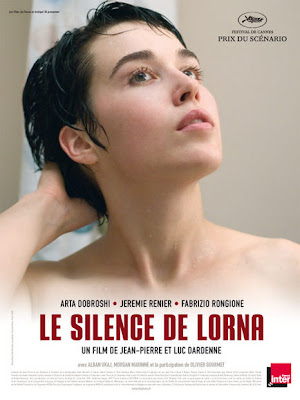 Being human, I suppose the Dardenne Brothers are capable of making a bad film, but they haven’t done so yet. With Lorna’s Silence, the talented siblings back off a bit on their raw meat documentarian style – there are a lot less violent camera swings and shots of the backs of people’s heads – but story wise, the brothers remain in their comfort zone with another tale of fringe, shadowy hustlers trying to make a quick buck off of illegal immigrants. 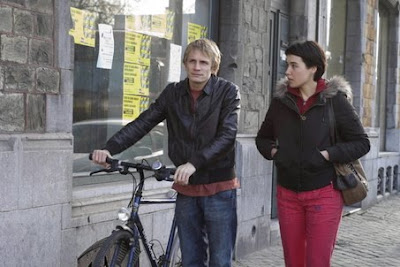 I would never have imagined that there are so many people desperate to live in dreary Liege, Belgium but, over the years, the Dardennes have introduced us to many of them, and their compelling, heartbreaking stories. Undocumented Lorna (Arta Dobroshi) has entered into a sham marriage with a heroin-addict (Jeremie Renier) as a way of obtaining Belgian citizenship. As soon as she gets her papers, she plans to divorce Renier so that she in turn can marry other illegals and help naturalize them, etcetera etcetera. 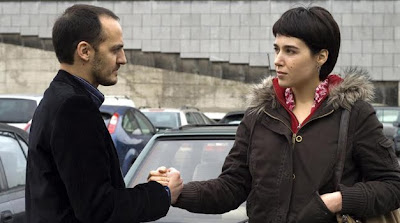 All of this is quite lucrative and, on the surface, fairly harmless, until Lorna’s sleazeball business partner (Fabrizio Rongione) devises a scheme to double their profits through a sinister shortcut. The Dardennes succeed brilliantly in making us feel Lorna’s dilemma, as her seemingly benign plan has been taken to a new, high stakes level. 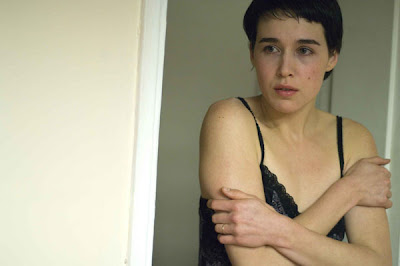 Lorna’s desperation manifests itself in surprising ways, and her lack of predictability is captured by the brothers with their trademark objective immediacy, and ultimately, we share her sense of helplessness and guilt. Lorna’s attempt to make amends using the only option available to her is both pathetic and oddly logical, and we realize the full and devastating measure of her predicament. 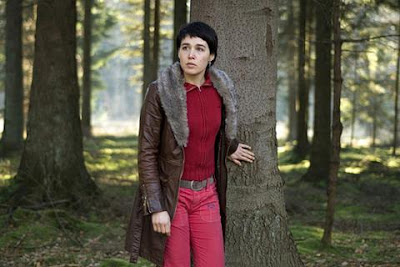 In typically Dardenne fashion, Lorna is neither obviously endorsed nor condemned by the storytelling, but the matter-of-fact presentation of events makes us keenly aware of the “banality of evil”, and the thin, fragile line that separates us all from a world of utter barbarism.