With Bride Flight finally getting a theatrical release in the U.S. we offer our review, originally posted in October 2010 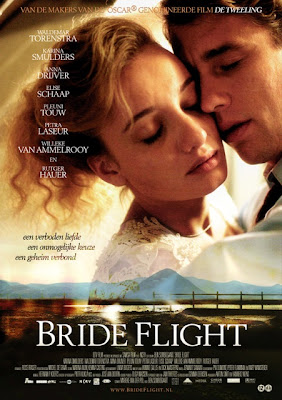 Bride Flight is a great big honking crowd pleaser of a film; full of adventure, romance, exotic locales, dark secrets and even a smattering of hot sex. Set in 1953, the story focuses on four lucky – if you consider having your wits scared out of you lucky – winners of free passage aboard a KLM turboprop bound from Holland to New Zealand. 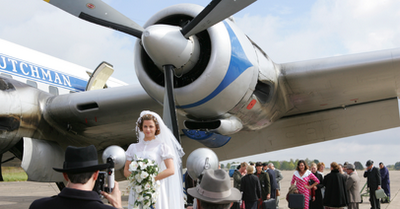 The flight is a bit of a publicity stunt – KLM is competing with several other airlines to set a new airspeed record for the London to Christchurch route – and such is the pilot’s obsession with victory that no variation is allowed in the flight path; bone-rattling turbulence and violent thunderstorms be damned.

On board we meet three young women, all of them engaged and on their way to be reunited with their future husbands; the men having gone ahead to New Zealand months ago to find employment and lodging. Also on the manifest is a strapping young hunk named Frank (Waldemar Torenstra) who plans to grow grapes and eventually preside over a famous winery. 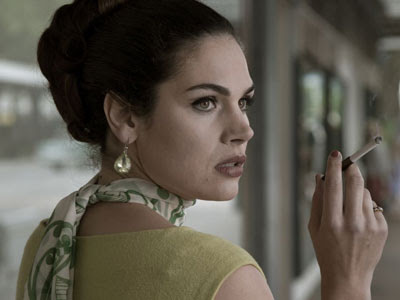 Fate takes a hand when Frank is seated next to Ada (Karina Smulders), a sheltered innocent whose marriage to a strict, humorless Calvinist (Micha Hulsof) has been virtually pre-arranged by her parents. Frank arouses passions in the sensual young Ada she has never felt before, and with the speeding plane frequently tossing the passengers about like rag dolls, there’s plenty of opportunity for physical contact. We also meet Esther (Anna Drijer), a woman much more interested in a career than family life, who happens to appreciate Frank’s charms as well, and Marjorie (Elise Schaap), who dreams of a large family, but will find the creation of that family a dangerous struggle. 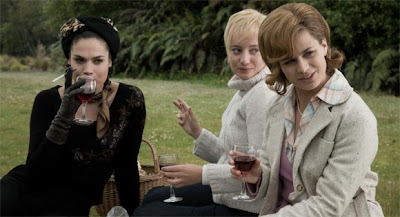 The quartet eventually split up to pursue their own destinies in the rocky wilds of New Zealand, and the pioneer lifestyle provides plenty of hardships and humorous surprises for the young women. But Ada, despite doing her best to comply with every whim of her stern new husband, can never forget the dashing young man she left on the tarmac at Christchurch. Meanwhile Esther - who has given up on the notion of married life ever working for her - gets reacquainted with Frank on a moonlit night. And the results will profoundly change the lives of all the protagonists. 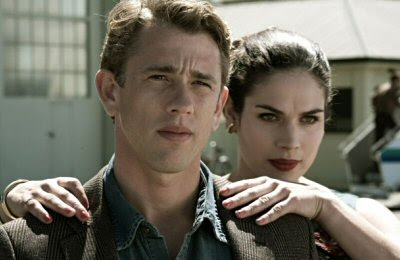 The paths of the women intersect numerous times over the next few decades, and it is this multi-generational storyline that gives Bride Flight such wide audience appeal. To viewers of a certain age, there is the clear draw of nostalgia as director Ben Sombogaart and his team have paid fanatical attention to detail. The art direction and set dressing give us a palpable and poignant sense of life for these European expats. They have traveled to the other side of the world and are desperately trying to put their stamp on this exotic land via sentimental bric-a-brac and lacey ephemeral reminders of life in Holland. Through the course of film the characters will encounter many new landscapes, but the most challenging ones prove to be the craggy recesses of their own lives. 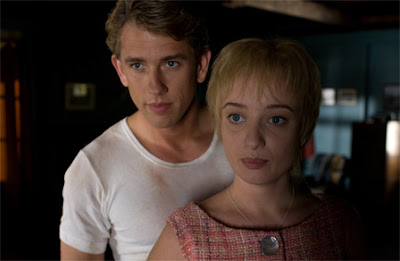 The filmmaking is exceedingly competent and, at times, even inspired, without ever becoming flashy or distracting. The film is in essence a small scale story of quiet desperation, elevated to an epic level by the stoic bravery and common human folly of the characters. We cheer for their successes, and despair when the expectations and morality of 1950s society conspire against them. Talented Karina Smulders is simply riveting as Ada, whose character stands as a poster child for the perils women faced when they were routinely treated as second class citizens. 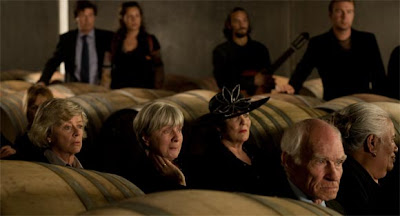 Ultimately, a funeral draws the principals together in the present day, and they wear their silver hair and creased faces as badges of honor for all they’ve endured. A cynic could certainly make a case that the film is simply an overplotted bit of melodrama - a bodice ripper with a side order of fresh kiwis. But thanks to Sombogaart’s masterful, restrained storytelling and pitch-perfect performances from the leads, Bride Flight slowly weaves its irresistible web. A web that snares audiences, who can only sit and revel in its splendor.
at June 20, 2011

Thanks for this review. As a Dutchman with family in New Zealand, I'll certainly have to see this film now. As a kid I was in love with actress and 70's sex symbol Willeke van Ammelrooy. She is playing the senior version of Esther in this film. A great actress.