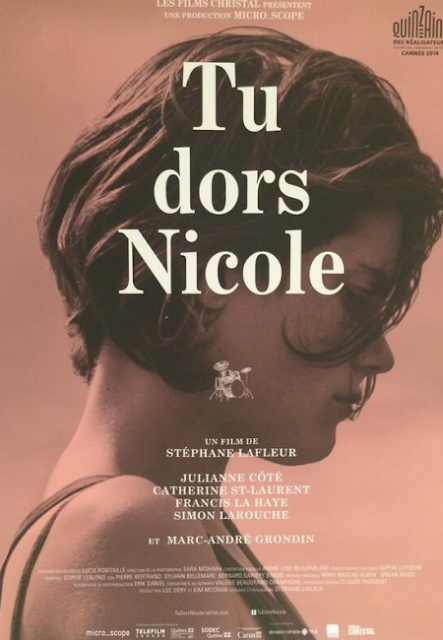 Tu dors Nicole offers further evidence that French Canadian directors do austere, eccentric character studies better than just about anybody. Director Stéphane Lafleur’s journey into the wilds of suburban Montreal is all about a 22 year old woman named Nicole (Julianne Côté) who can muster the effort to work part time at a thrift store, but not much else. Nicole’s parents have gone away for the summer, leaving her to house sit their tidy split level. Accompanied by her equally aimless BFF Veronique (Catherine St-Laurent), the pair wander the weedy fields and sleepy ice cream shops of their home town, often encountering the amusing romantic attentions of a ten year old boy with a preternaturally deep voice (Godefroy Reding). 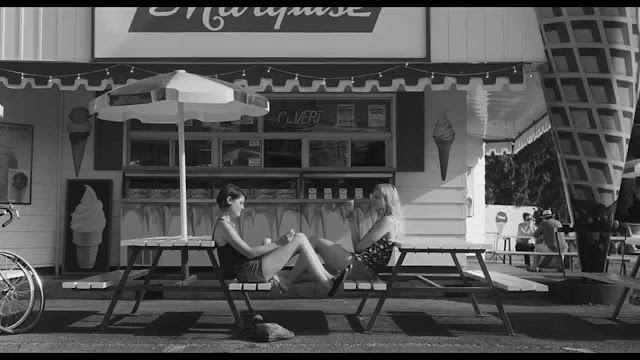 It’s tempting to dismiss Tu dors Nicole as a film in which nothing really happens - and that would be a technically accurate assessment - yet underneath Lafleur’s lackadaisical construction are the palpable churns and silent cries of discontented spirits and lost souls. Nicole and Veronique’s languid days seem to stretch to numbing infinity; their perpetual struggle with a hinky bicycle lock the only apparent drama in their lives. While Nicole waits for, well, something to happen for her, viewers will find themselves swept into an odd kind of blissful stupor, as her unambitious existence becomes a cinematic white noise. 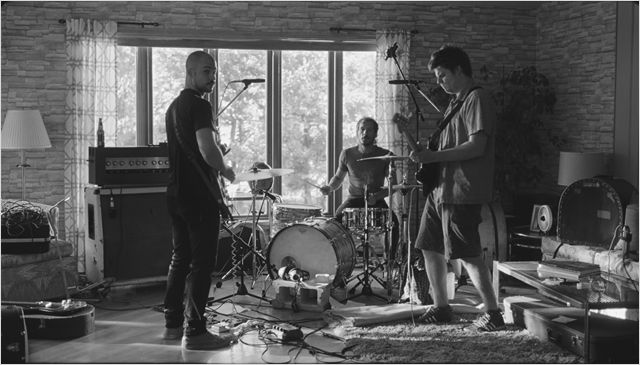 Of course, nature abhors a vacuum - so do screenplays - and into the void steps Nicole’s brother Remi (Marc-André Grondin) and his power trio of rockers. Their plan is to chill for the summer and cut a few demos of their rather forgettable original tunes. This expansion of Lafleur’s canvas only causes mere ripples in Tu dors Nicole’s fabric, as the three musicians soon find themselves caught up in the film’s plodding torpor;  their brief recording sessions interspersed by long afternoons of beer drinking in the backyard. Later, just as Nicole appears to be achieving some kind of spark with the drummer, the true nature of musicians leads our angry heroine to dump his vintage kick drum into the family swimming pool. This is the second or third film I’ve seen this year where the destruction of musical instruments serves as a metaphor for love gone wrong. Perhaps The Who were trying to tell us something. 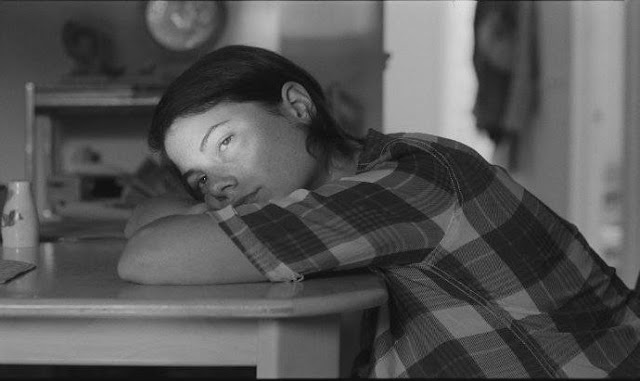 With Jean-Phillipe Pearson’s Le bonheur des autres (2011) and Denis Côté’s Vic + Flo Saw a Bear (2013), Tu dors Nicole should further establish French speaking Canada as a hot bed of quirky, understated atmosphere. The film’s title translates as You’re Sleeping Nicole, and it’s a perfect plot summary as well as character outline. But while she’s sleeping, audiences will find themselves gleefully hypnotized by a spell they don’t want to break.