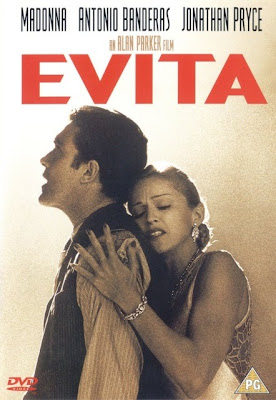 Today I wallowed in 1990’s nostalgia - if there is such a thing - and watched Alan Parker’s Evita for the first time. About the only thing I remember of the film was some of the scathing reviews it got at the time. Truth be told, I watched it for a brief appearance by Gary Brooker, lead singer for Procol Harum and one of my life-long musical heroes. Two and a half hours later, I came away decidedly impressed, not only with Commander Brooker, but the extraordinary vocal stylings and screen presence of Antonio Banderas as the Greek chorus character. Especially impressive considering that, according to legend, two years earlier he didn’t speak a word of English. But my highest accolades go to director Alan Parker. He took a script that was basically wall-to-wall singing - and should never have worked as a dramatic feature - and elevated it to a memorable cinematic experience. Oh yes, Madonna and Jonathan Pryce are in it too. 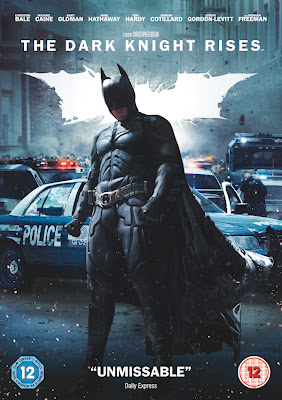 I guess this movie was better than the last one. Still shite though. Batman’s big entrance is filmed in darkness and totally blown. He flies around in a contraption that’s a complete ripoff of Blade Runner fighting a villain who’s a complete rip-off of Darth Vader. And what the hell is Marion Cotillard doing in this crap? Seriously WTF? At least Batman dies in the end and hopefully Nolan’s horrible mismanagement of the franchise will end as well. And to think a bunch of people in Colorado died because they had to be the first to see this junk. 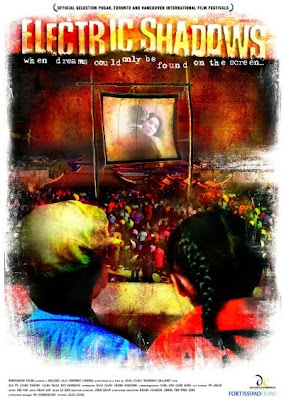 Very charming and sentimental film about growing up; a sort of Chinese Cinema Paradiso. The story runs along two tracks: the aftermath of a present day bicycle accident interspersed with scenes of family life in the 1970s. The characters are developed by this technique, building a mystery of relationships until all is revealed in the final act. The ending leaves a bit of emotional emptiness and the story ultimately revolves around some far fetched coinkydinks, but it’s still a worthy watch. Especially if you’re tired of movies where everything blows up.

Johnathan Pryce is in Evita?