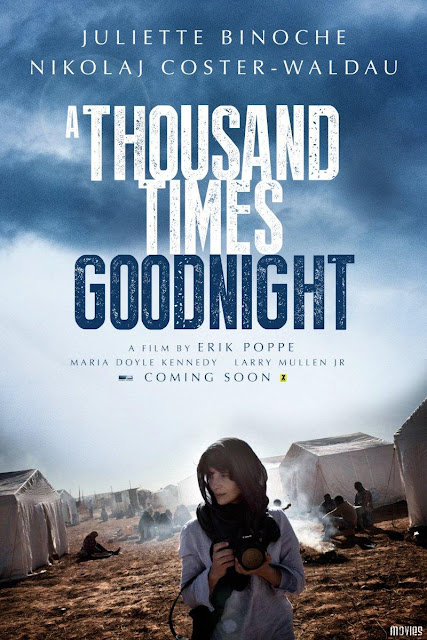 A Thousand Times Good Night is a moving, thoughtful and quite entertaining film that addresses notions of duty and responsibility on both intimate and global scales. Directed with pitch perfect tone by Norway’s Erik Poppe, the film asks important questions about the gnarled relationship between modern politics and family life, and offers no easy answers in the process. Here, the ripples of barbaric strife in foreign lands reach the placid shores of the Irish Sea, where the ivy covered walls of a quaint family cottage offer no respite from the world’s distant brutality. 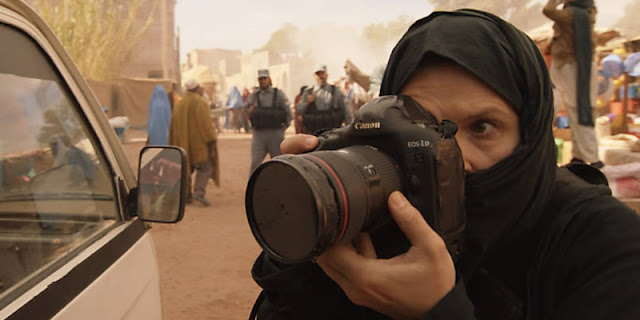 The film’s central character is a globe-trotting photojournalist named Rebecca (Juliiette Binoche) who has made quite a name for herself with award winning images from some of the world’s bloodiest conflicts. As the film opens, she has been given extraordinary access to the ritual preparations of a Palestinian suicide bomber. As she dutifully records the eerie spiritual ceremony, viewers share her fascination and disgust, which ultimately places Binoche in a deadly moral dilemma. Back home in Ireland await husband Marcus (Nikolaj Coster-Waldau) and daughters Lisa (Adrianna Cramer Curtis) and Steph (Lauryn Canny) who have spent many a sleepless night wondering if Rebecca will return from various war zones safe and sound. When her latest assignment nearly costs her life, Rebecca’s family begins to crack from the years of anxiety and stress, and Marcus delivers an ultimatum. Rebecca must give up her dangerous profession or lose her family.

It’s easy to regard Binoche’s character as selfish while she wrestles with her decision, but the film slowly convinces us of her passion, and the desperate need for bringing remote horrors to worldwide attention. Poppe builds a clear and compelling atmospheric contrast between dusty third world chaos and the tidy comfort of the west, while offering reminders of the economics of the news reporting business; economics that have their own elements of cruelty. Binoche is terrific as the damaged soul torn in all directions, mulling her new life while forcing back her impulses like a brooding distaff Hamlet. Her performance here is one of her best since Keslowski’s Blue (1993), when she played a similar tortured character buffeted by deep shocks and misunderstood passions. No one has better technique for complex characters than Juliette Binoche, evoking more emotion from her dark, lonely eyes than most actors can summon with pages of dialogue. 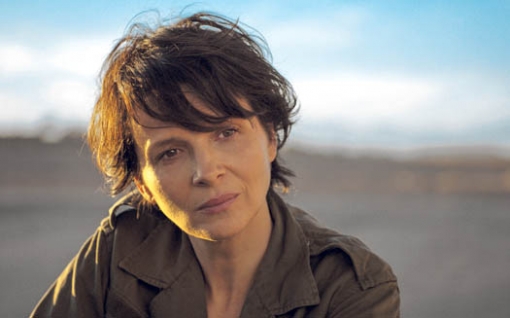 Although it appears Rebecca is adjusting to her new domesticity, she is soon offered an opportunity to cover a story in Africa that reignites her journalist’s fire. But just as it seems the story is done and dusted, Poppe introduces a new theory, a new perception, into the relationship between photographer and subject that causes Binoche to question her mantra and methods. And just as he did in his excellent Troubled Water (2006), Erik Poppe raises just enough questions to leave us thinking and postulating. A Thousand Times Good Night doesn’t just resolve; more accurately it transcends, and leads us ever closer to the truth.