A Thanksgiving Memory: Charlie and Eppie

My father passionately loved his family and his community, and he performed many kind and selfless acts during his long and happy life. One that speaks to the heart of his character happened about 15 years ago.
When I was a child in the 1960s, we had a sharecropper on our farm named James Traynham, who went by the nickname “Eppie”. He was a gentle soul and a very hard worker and some of my most cherished memories are of Eppie and my father, working side by side in the fields, laughing and joking as we went about our labors. 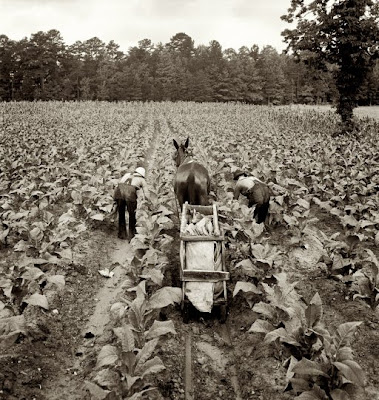 But Eppie was afflicted by alcoholism and that often got him into trouble. My father had to bail him out of jail a few times and intervene in Eppie’s abusive and sometimes violent family disputes. After a 14 hour day in the tobacco fields, I’m sure having to deal with Eppie’s problems wasn’t a lot of fun.
Other farmers used to ask my dad why he put up with Eppie and all his troubles. My dad would say, “Well, when he’s sober, he’s a real good man. If I don’t put up with him, who will?” In the early 1970s Eppie and my father parted ways, but the two men still shared a special bond of respect and my father often spoke of him with pity and affection. 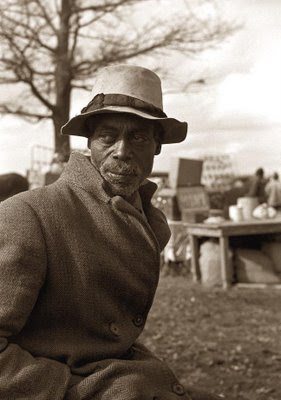 Eppie passed away in 1994. Penniless, he was buried in an unmarked grave, in a makeshift roadside cemetery just a couple miles from our house.
My father remembered that Eppie was a veteran and therefore entitled to a proper gravestone. Working with the staff of a local  funeral home, my father did the research, made the phone calls, and did all the paperwork required to get Eppie a headstone and a few months later one was placed on his humble resting site.
My father’s research revealed that Eppie had served in WWII as a truck driver in Burma. Located between India and China, in 1942 Burma was a mountainous country that had no roads, was covered in dense jungle and for much of the year received constant torrential rain. Military historians agree that duty in Burma was some of the most difficult and harrowing of the war. Yet, Eppie served his country and at the end of the war received an honorable discharge.
A few years after securing Eppie’s memorial, my father’s health began to fail and he was unable to do many of the things he enjoyed. But he always had the satisfaction of knowing he had done right by his old friend, even if no one else cared about him. 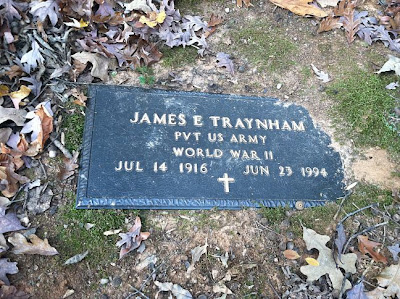 All his life, my father tried very hard to live by biblical principles and he put those principles into practice. As Matthew 25:40 plainly states: The King will answer, "Whenever you did it for any of my people, no matter how unimportant they seemed, you did it for me."


Fittingly, after a lifetime of service to others, my father went to his reward this past Veteran’s Day. Perhaps it was God’s way of thanking him for a job well done.
at November 23, 2011

Great story. I would have liked your dad a lot. Men of character should be highly honored, and I love your verse from Matthew.

Beautiful history. That's friendship. You had a wonderful father.

Thanks guys. My dad was the best, I've got big shoes to fill.

I'm sorry for your loss. This is a wonderful anecdotal tribute. Your father sounds like a helluva man.