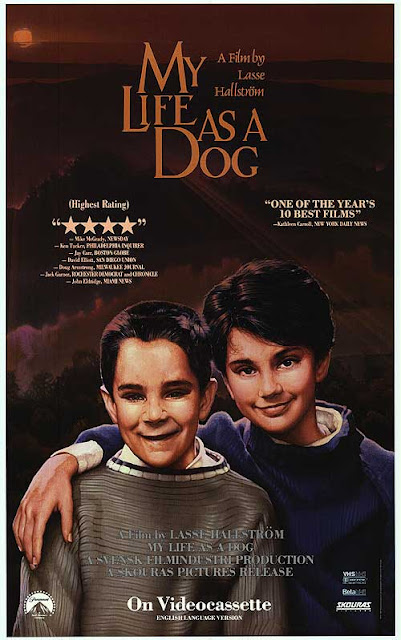 “And what about Laika, the space dog? They put her in the Sputnik and sent her into space. They attached wires to her heart and brain to see how she felt. I don't think she felt too good.”

Lasse Hallström’s My Life as a Dog (1985) is a bittersweet coming of age story set in the leaden brick canyons of Stockholm in the 1950s. There we meet young Ingemar (Anton Glanzelius), a rambunctious preteen with a nose for trouble. Anton is being raised by his distant and disinterested mother (Anki Lidén) and like the Soviet canine cosmonaut Laika, he is slowly being starved, not for food, but for love and attention. When Ingmar’s mother is stricken with tuberculosis, he is sent to the rural community of Emmaboda to live with his lively and eccentric uncle (Tomas von Brömssen). For one magical summer, amid a gallimaufry of rustic goofballs, Ingemar rediscovers the joys of childhood and thanks to a budding - in all senses of the word - tomboy named Saga (Melinda Kinnaman), he learns that growing up has its advantages too. 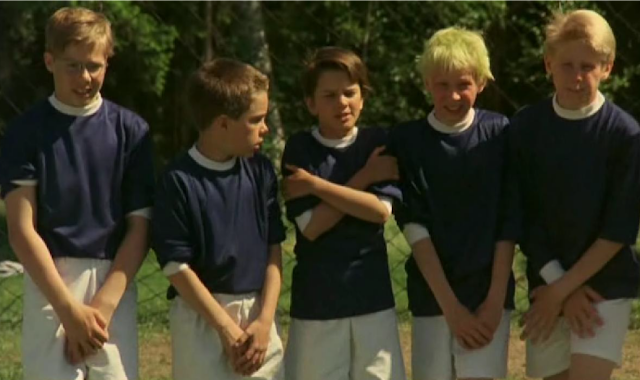 A blissful type of madness seems to accompany the long days and short weeks of Swedish high summer - see Bergman’s Wild Strawberries (1958) and Ruben Östlund’s Involuntary (2008) for further confirmation - and My Life as a Dog boldly captures this uniquely festive spirit. As Ingemar wanders the forests and meadows of his new home, his days become filled with soccer games, impromptu boxing matches, and the lusty reading of a lingerie catalog to an elderly pensioner (Didrik Gustafsson) who is not quite as gravely ill as he pretends. The film’s central metaphor goes full circle when Ingemar and his friends repurpose a makeshift hay winch into their own version of a rocketship, and learn that their fates are not necessarily linked to the unfortunate Laika. 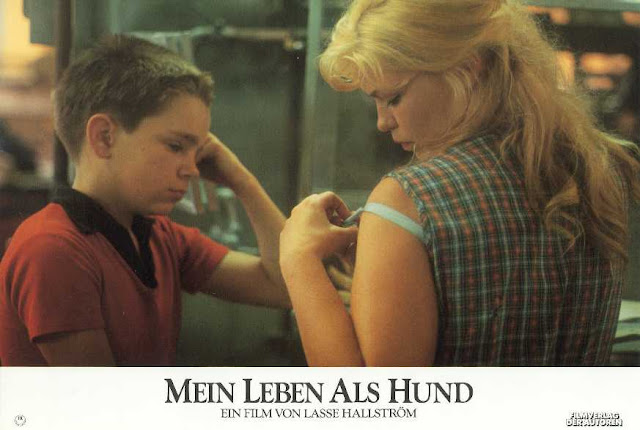 My Life as a Dog was director Lasse Hallström’s first international hit, establishing him as a superb teller of humanity’s more tender tales. Under his skillful command, the film is transformed from a dour story of parental neglect into a delightful liturgy of life as seen through the imagination of a child. It’s a pattern Hallström has repeated throughout his long career, showcasing the exploits of downtrodden dreamers and rueful romantics in their often quixotic quests. With such films as What’s Eating Gilbert Grape? (1993) and Chocolat (2000), Hallström continues to shine a bright, hopeful light on the darker crevices of the human soul and manages, miraculously, to entertain in the process.