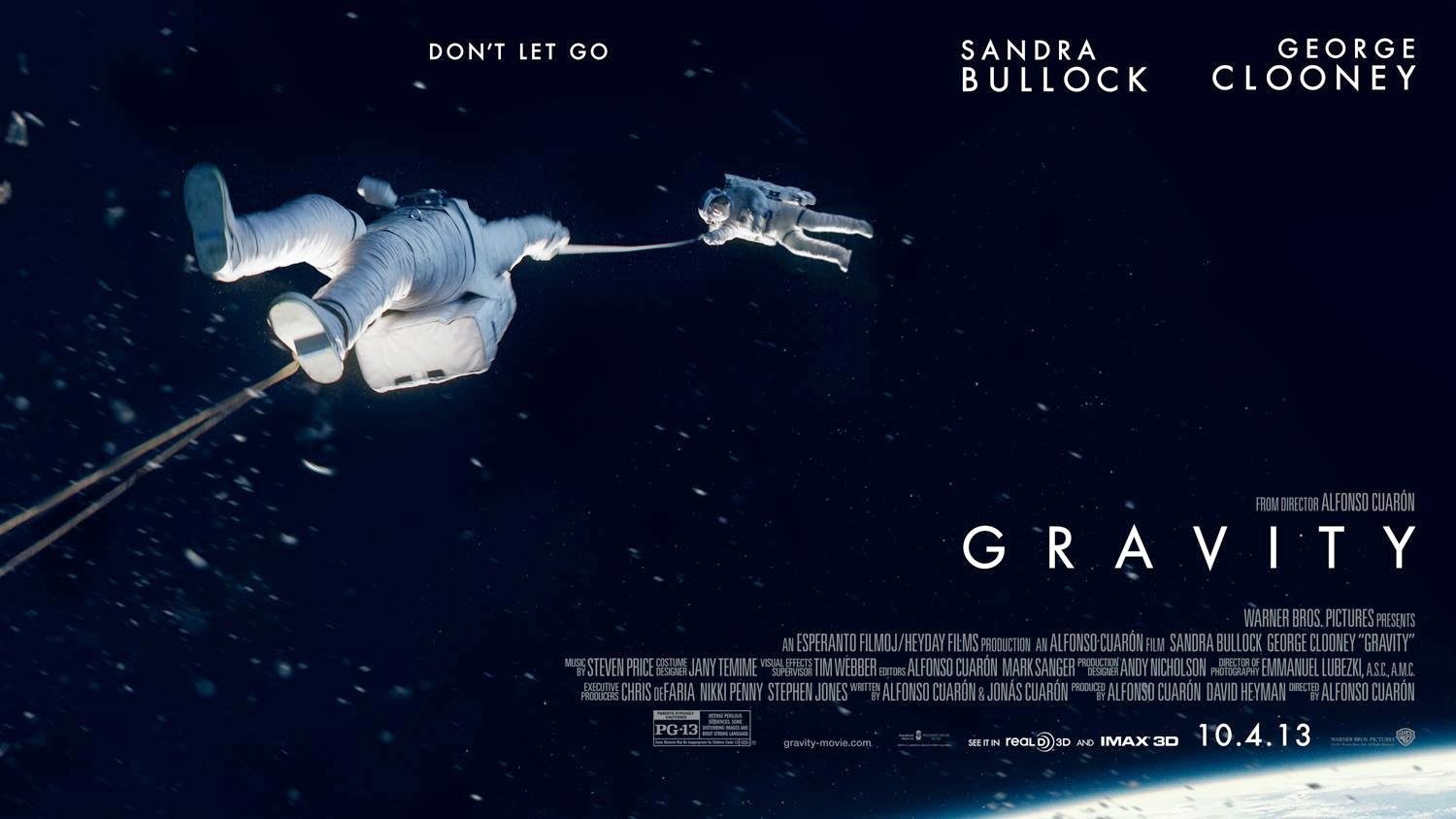 Could Gravity (2013) ✭✭✭✭1/2 possibly live up to the advance hype? Ever since its premier at Venice back in August, when the critics seemed to be having a contest on who could write the most orgasmic review, Alfonso Cuarón’s space opera has been feted and fetishized to the point of near exhaustion, and the film kind of limped into awards season. Ironically, this story of the dangers of free floating seemed to be weighed down by its long trail of glowing press. As March’s Academy Awards rolled around, Gravity no longer felt shiny and new, a peril risked by all Oscar bait released prior to Christmas Day. Gravity took the statuettes it had to win - Effects, Editing, Sound, Cinematography and Direction - but the marketing prestige honor of Best Picture eluded it. Just as October’s glories don’t guarantee NFL teams a Super Bowl berth, Oscars aren’t won in August either. 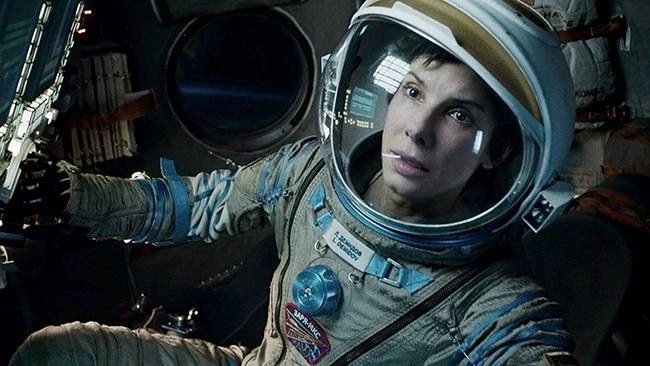 This reviewer put off seeing Gravity as long as possible due to an eerie feeling of inevitable disappointment. But when DirecTV offered the film in 3D via Pay-Per-View, meaning I could have a theater style experience without cavorting with the great unwashed - and with an epidemic of viral bronchitis running rampant in Phoenix that phrase isn’t as blatantly snobby as it sounds - my remaining resistance crumbled. With trepidation cast to the solar winds, it was with a clammy thumb that I pressed the big orange “Buy Now” button; the point of no return for PPV cheapskates like me.

Suffice to say Gravity is all that and more; a transcendental experience although in spirit it is more 2010 than 2001. While some scientists have derided the film’s accuracy, it is at least an attempt to realistically capture the dynamics of a space shuttle mission gone wrong, delivering visuals and atmospherics commensurate with the unchained cosmic forces in play. The presentation is on two levels, the exterior alien environment of cold silence and quickly raging infernos, and the interior world of Astronaut Ryan Stone (Sandra Bullock), whose shallow gasps and gurgles bear witness to the cataclysm that surrounds her. A long way from Ole Miss and the brassy Southern mom of The Blind Side, here Bullock proceeds by sheer instinct; the survival imperative never allowing herself, or the viewer, to consider the sheer impossibleness of her plight. 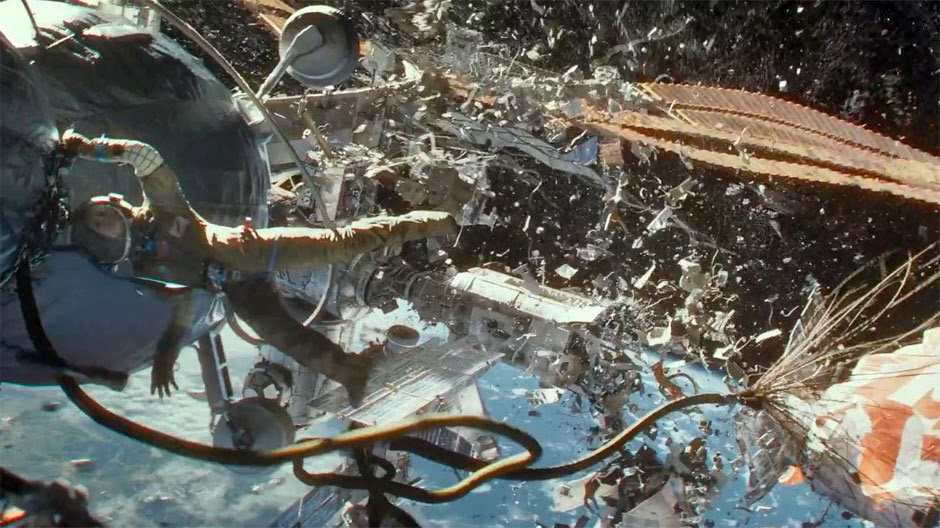 Instinct plays an big part in watching the film as well. Every frame augments the idea of humans as superfluous in a tableau of spectacular vistas beyond the scope of experience. In much the way vacationers feel dumbfounded while peering over the rim of the Grand Canyon, Gravity’s sensory assault eventually overwhelms the narrative’s conflicts. We don’t so much cheer for Bullock’s survival skills as simply marvel at them, her heroics occurring on a scale that renders the notion of life and death merely trivia. So unprecedented is the visual realm of Gravity that Cuarón and his cinematographer Emmanuel Lubezki had to invent new methodologies to shoot the film, and their techniques will likely be a boon to superhero and sci-fi films for a generation. The film’s 3D effect is just another tasty subtlety gilding Gravity’s lily, adding notes of splendor without overbearing ticky-tack.

Eventually it becomes clear Cuarón is interested in delivering much more than a ripping adventure yarn, and Gravity’s infinite expanses become a metaphorical reduction of the ultimate mystery. Bullock becomes a stand-in for the countless brave microbes that sought escape from the recesses of Earth’s boiling primordial stew. There’s even room in Cuarón’s retelling of The Big Bang for hints of divine intervention along the way, complete with color-coded file folders and occasional pep talks from the lecherous shade of George Clooney. 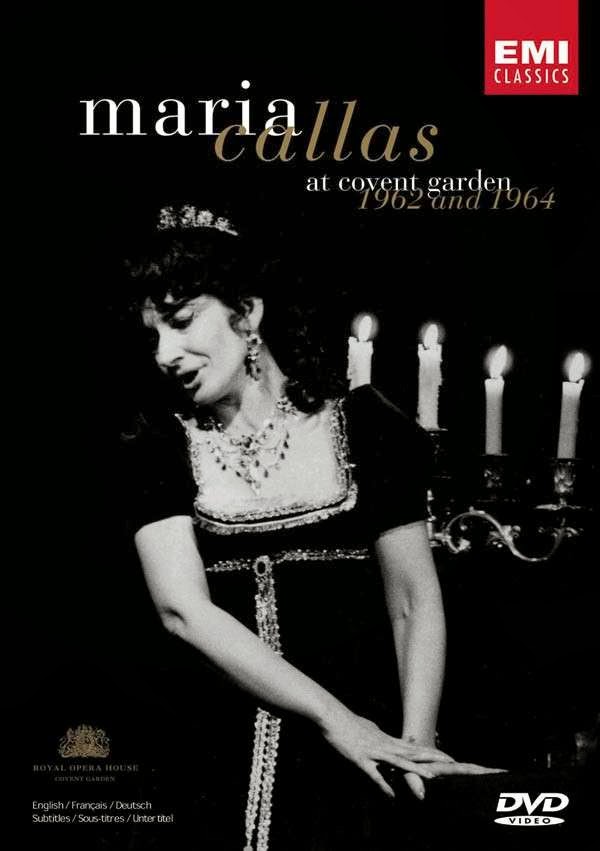 In terms of production techniques, we go from the sublime to the ridiculous with Maria Callas: Live at Convent Garden (1994) ✭✭✭✭✭. This 70 minute disc contains snippets from 2 performances; a recital from 1962 and the second act of a Zeffirelli production of Tosca from 1964. It’s about as far from the visual majesty of Gravity as one can get, with fuzzy b/w kinescopes and a simulated stereo mix. Most musical experts agree the diva's vocal abilities were starting to decline at this stage of her career. However this disc proves Callas could still summon sufficient sonic power to blow one's doors off. 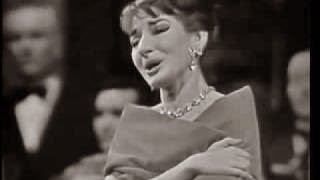 Watching Callas belt brings a similar sense of hopelessness one feels for Bullock’s predicament. Due to a rapid - and likely unsafe - weight loss regimen, Callas by her own admission had lost all strength in her diaphragm by this point, singing with her arms folded around her stomach to literally force air out of her body. When she inhaled, her torso puffed up like a balloon; her delicate shoulders and neck losing all contour and definition. Again like Bullock, she bravely ventured on - to hang it up unthinkable - and in her brilliant way also triumphs despite some very long odds.

Your review of 'Gravity' has me rethinking more shallow assumptions.

I never thought I was watching the best film of the year, but yeah, I was deeply impressed, except for the Michael Bay-ish introduction. Saw it in a theater.
http://movieseatthesoul.blogspot.com/2013/10/gravity.html

Saw it also in the theatre and was quite surprised how good it was. I totally enjoyed the 3D effects, the innovative camera work and the first three quarters of the film. The happy end was bit too much for me. But hey, a great film.