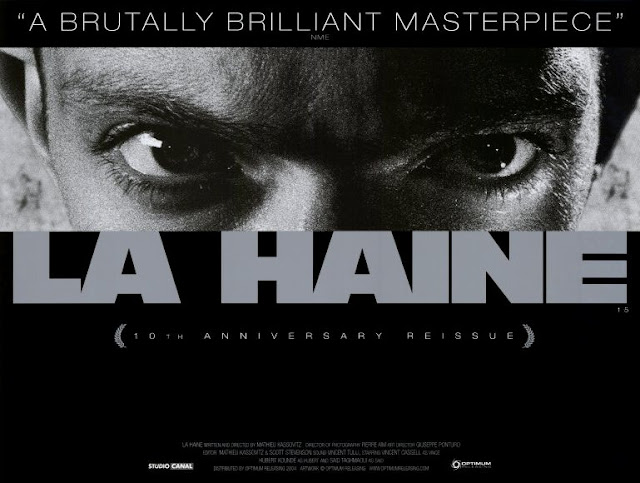 During the train ride from de Gaulle Airport into Paris, first time visitors are often taken aback by the wretched slums and crumbling housing projects that rather incongruously surround the world’s most beautiful city. Now celebrating its 20th birthday, Mathieu Kassovitz’s heartbreakingly superb La Haine (The Hate) offers a frank and intimate portrait of life in these rugged environs. Told through the disillusioned eyes of three young men (Vincent Cassel. Hubert Koundé and Saïd Taghmaoui), the film presents a world devoid of hope and prospects that more closely resembles a war zone than a suburban neighborhood. 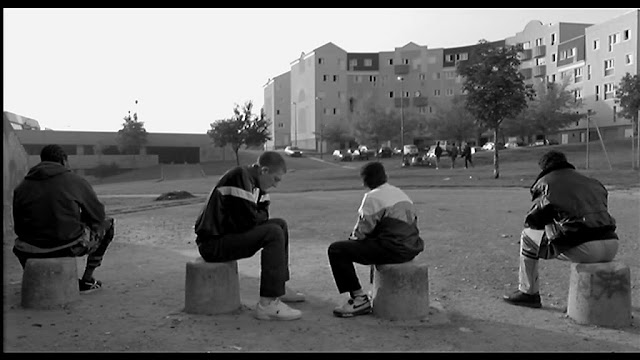 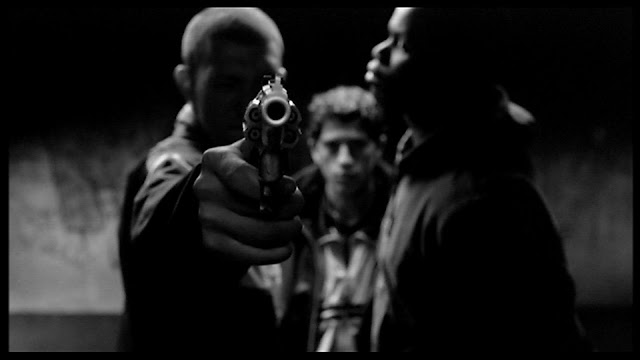 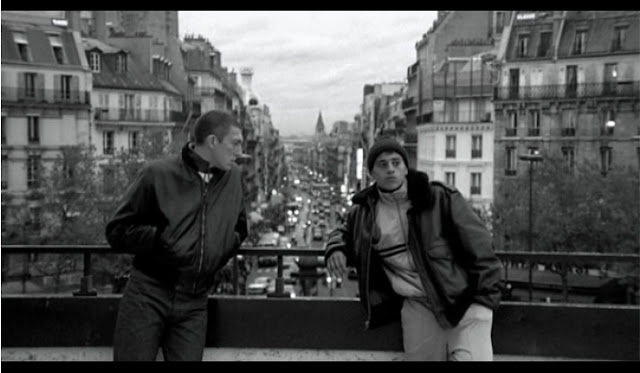 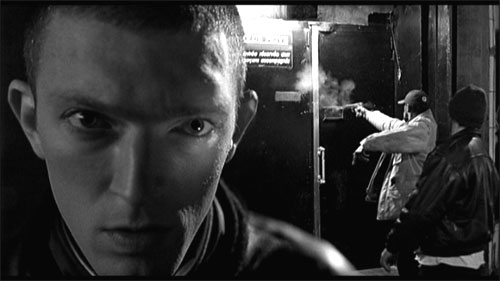 La Haine is a film rich in atmosphere and cultural detail, with Pierre Aïm’s harsh monochromic images perfectly mirroring the characters’ psychological landscapes. The film caused quite a stir on its release, for it was the first time many French citizens had been exposed to hip hop culture, and the growing social disfunction among their immigrant community. The film itself amplifies this sense of separation and obliviousness. When the trio go into central Paris to collect a debt, they’re awestruck at the city’s genteel splendor, and eventually feel a type of nostalgia for their squalid flats. The violent disaffection with society depicted in La Haine is not unique to French youth and, in the ensuing decades, has made its way to virtually every industrialized nation. The core issues haven’t changed, they’ve just gotten worse.
at May 30, 2015