A Single Man comes very close to being an astoundingly good movie, but it peaks too early and then wobbles its way to the end credits. Colin Firth is brilliant as George Falconer, a gay middle age college professor who has just learned of the death of Jim (Matthew Goode), his partner of 16 years, in a car accident. The film follows George as he attempts to go about his day, despite the stunning news and his immeasurable grief.

We also see George attending to a number of practical details, as though he is preparing for a long voyage. And indeed he is, for behind the cleared out desk and emptied safe deposit box lurks a grim and solemn purpose: this will be George’s last day on Earth. 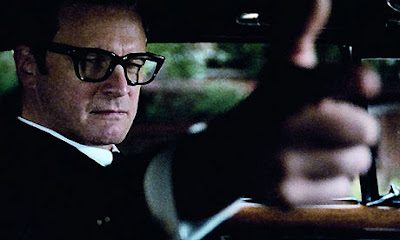 Through flashbacks, we get a few glimpses of George and Jim’s romantic past and get a sense of their deep connection and emotional intimacy. George’s revelries are frequently interrupted by an earnest young student (Nicolas Hoult), who seems infatuated with George and seeks to take his student-teacher crush to its logical conclusion. 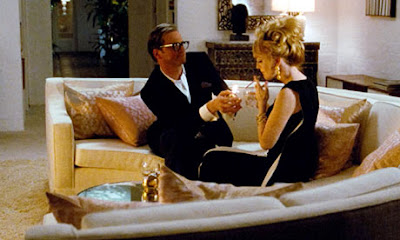 George visits with his neighbor Charley (Julianne Moore), and it's revealed that the two London natives share a long and difficult past. Former lovers, the two reminisce about their youthful affair, and Moore viciously scolds George for cheating her out of a happy life due to his sexual preferences. Moore is quite good in this long and mesmerizing scene, and her drunken, giggling dance to a Booker & the MGs record is the highlight of the film.

First time director Tom Ford, a successful men’s wear designer, helms with the same refined sensibilities he brings to his clothing line. A Single Man is a wonderful film to look at; its design imbued with a marvelous 1960s aesthetic. The palette in Moore’s house, or example, is all color-cued to her massive bee-hive hairdo, and those exact shades of orange and black are found in every bit of set dressing. 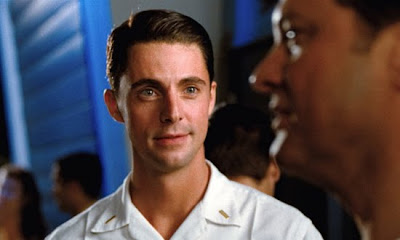 But good looks will get a movie only so far, and A Single Man has a few narrative liabilities. We get little sense of the societal challenges faced by openly gay men in the early 20th century. While it’s clear that Jim’s family doesn’t want George at the funeral (thanks to a voice-over phone call by Jon Hamm), the rest of the world seems just fine with their unorthodox living arrangement. And apparently in 1946 lonely Naval officers felt free to don their dress whites and cruise Santa Monica’s beachfront bars. 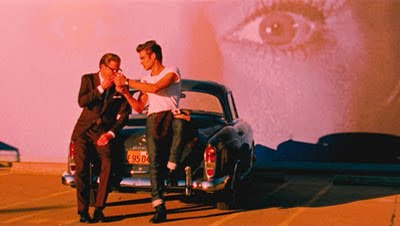 Ford seems unsure as to how to depict gay sexuality, so he generally avoids it altogether. His one attempt, a scene where George meets a gay prostitute outside of a shop, is surprisingly prudish and judgmental. Handled as a series of gauzy extreme close-ups, the sequence has an air of tacky tawdriness, as if Ford holds gay men to a higher moral standard. 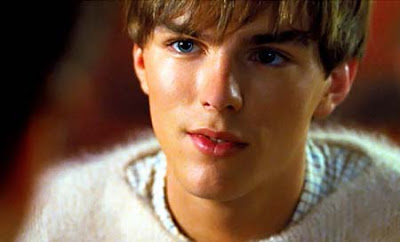 The ending manages to be surprising despite heavy foreshadowing, but it’s questionable if audiences will really care by then. The film’s focus and energy lags significantly in the final third, as Moore’s departure shifts a heavy dramatic load onto Firth. When he encounters the young, wide-eyed Hoult one more time, their interaction is so laden with murky sexual tension that instead of eroticism, we have to settle for a disappointing awkwardness.

A Single Man builds beautifully, but never fully delivers on its early promises. It’s still a highly recommended film, as its strengths ultimately outweigh its puzzling weaknesses. But it’s hard to escape the gnawing feeling that, despite its artistic trappings, despite all the tremendous craft on display, a great film shouldn’t leave you feeling this empty.

Another insightful and very accurate review, Mr. Anderson. You excel where I so often fail, at spotting and articulating less obvious weaknesses. As often as I've slapped others for responding too emotionally to any given film, I must admit guilt for same. My emotional response Colin Firth's subtle performance caused other faults to fly over my head...and out the window.

DLW: Thanks, I don't remember you ever failing.

Thanks David. I liked the film too and was also a bit disappointed about the end. But when I saw the film, I thought the episode with the prostitute was more interesting than the one with Nicholas Hault.