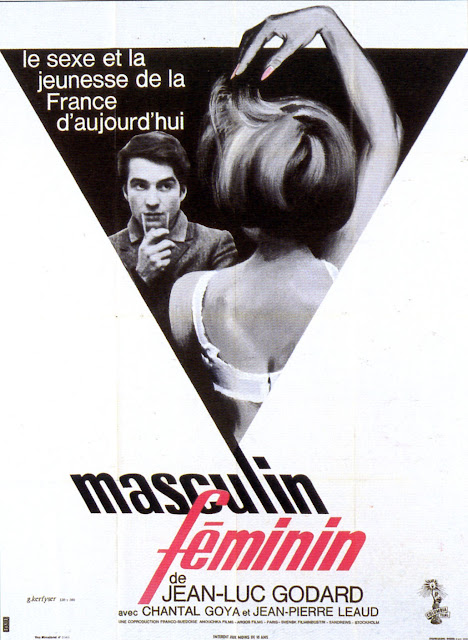 Masculin Féminin (1966) is generally considered a transitional entry in director Jean-Luc Godard’s filmography. It is a product of his ‘contemplative’ period - the years between his big budget, star laden excursion Contempt (1963) and his manically productive year of 1967, which saw him direct no less than five features and documentaries. It was an era in which he completely lost interest - what little interest he had anyway - in traditional methods of cinematic storytelling, preferring improvised and often irrelevant vignettes. These low budget films were made fairly quickly with guerrilla production techniques and constructed like impressionist sketchbooks with little in the way of narrative through-lines. If you’re one of the legions repulsed by Godard, it’s probably because of a film like Masculin Feminine. 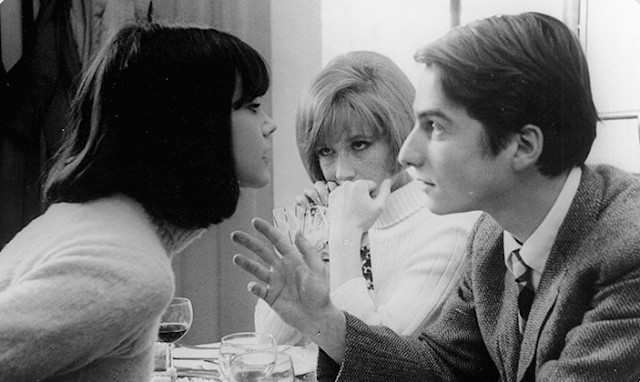 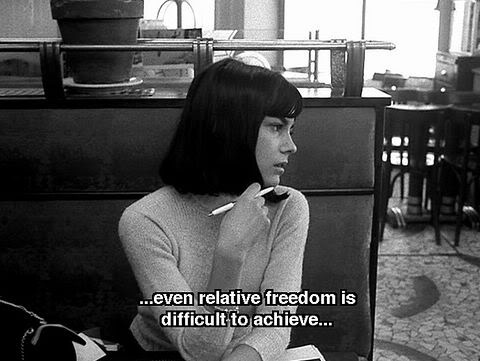 Set in the traffic snarled, grungy Paris of the 1960s, the raw world of Masculin Féminin consists of heavy gray skies, wet streets and bustling cafes populated by a generation of young adults who seem literally overcome with ennui. Here we meet the gloomy Paul (Jean-Pierre Léaud), a recent discharge from the army with no idea how to proceed with his life. One day while sipping espresso, he has a chance encounter with a young and pretty fashion magazine editor (Chantal Goya) and his aimless life suddenly finds something resembling a purpose. The rest of the film will be devoted to their meandering romance; a wobbly, chaotic affair that flames and fizzles like a hinky barbecue grill. As with all Godard films, this unambitious plot serves only as a framework from which the director hangs his decorative baubles of political diatribes, Marxist philosophies and jarringly abrupt audiovisual transitions. 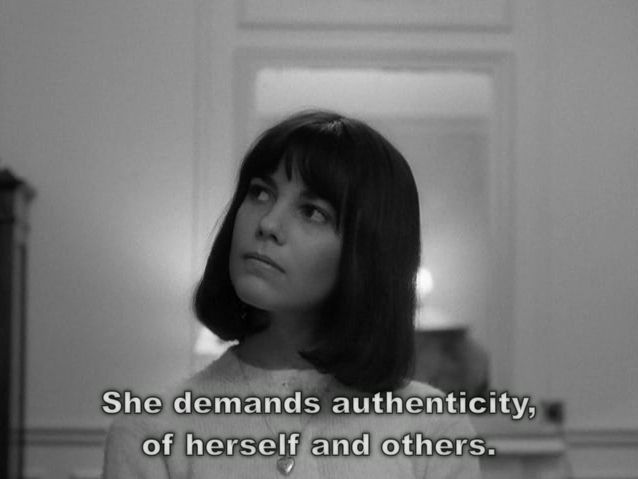 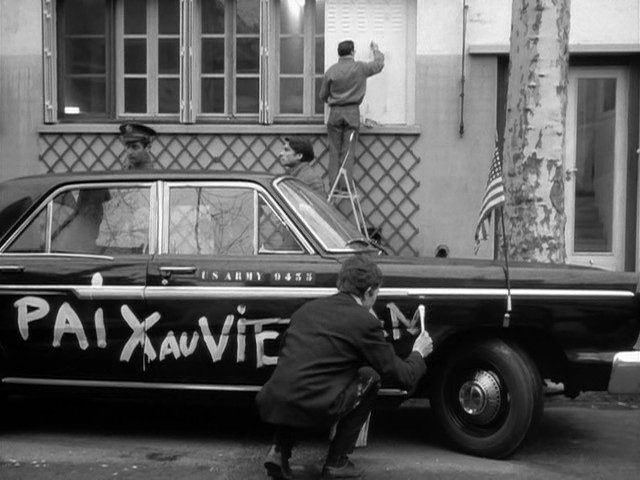 Godard skewers his favorite targets - the Vietnam War and Lyndon Johnson - in ways both subtle and audacious. He also seems infatuated with singer Bob Dylan, who is mentioned several times in conversation, and Chantal Goya's character is given the surname Zimmer. There are also passing references to Godard's best frenemy Truffaut, with whom Jean-Pierre Léaud had made a number of films. In general, Godard doesn't have a terribly high opinion of his young protagonists, referring to them as "the children of Marx and Coca-Cola." Yet these rather empty vessels deliver some of Godard's most acid observations: "If you kill a man, you're a murderer. If you kill millions of men, you're a conqueror. If you kill them all, you're God." and "Give us a TV and a car, but deliver us from liberty." 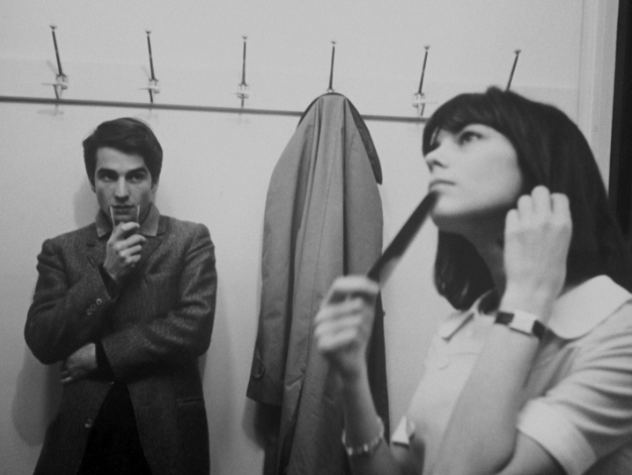 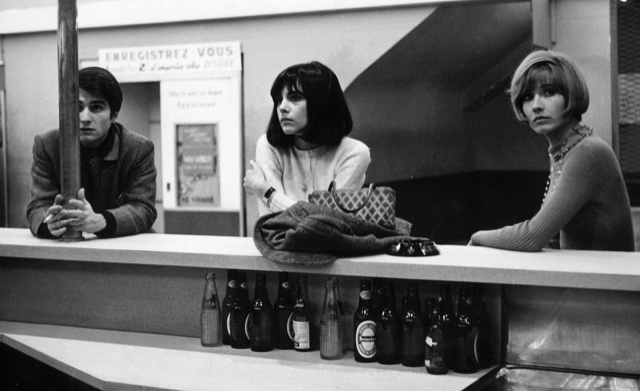 The film caused a bit of a stir due to Godard’s casting of Chantal Goya, a teenage music phenom with no film experience but a portfolio of treacly, vacuous pop songs. In today’s terms this collaboration would be like Michael Haneke casting Justin Bieber in one of his bleak dramatic dirges. And no discussion of Masculin Féminin would be complete without mentioning the glorious monotone photography of Willy Kurant, which is crisp yet retains a brooding, mysterious murk. Indeed, many black and white French films of this era have a similar aesthetic. Whether it was the Seine water used at the Pathe film lab or the permanent Gitanes haze in the Parisian air, the films of this era have a look that has never been duplicated (although Scorsese and D.P. Michael Chapman came very close with Raging Bull in 1980). Willy Kurant would go on to have a career of mind blowing diversity, filming everything from the art house classics of Godard and Agnes Varda, to the Barbara Eden vehicle Harper Valley P.T.A. (1978) to Louis C. K.’s Pootie Tang (2001). Snug in his compound on Lake Geneva, I’m sure Godard watched all of them, and smiled approvingly.