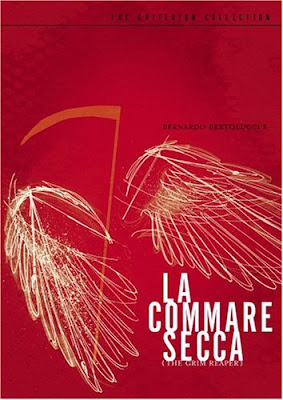 Fans of Bernardo Bertolucci will have a scholarly interest in this film; his first feature helmed at the tender age of 21. Here it is given the full Criterion treatment with a crisp, rich transfer and an informative interview with the director. 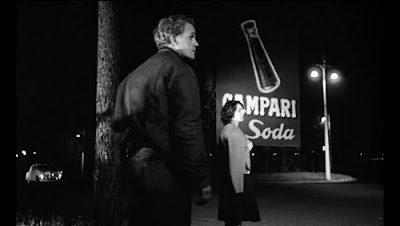 As a piece of entertainment, La Commare Secca is quite uneven, with some interesting scenes sandwiched between dull and tedious sequences. As Bertolucci admits in the interview, the narrative is similar to Rashomon in that it recreates the events leading up to the murder of a prostitute from numerous points-of-view. A brief thunderstorm is used as a device to tie the various eyewitness accounts together in time, and its an effective construct. We clearly see a unique cinematic sensibility at work here even though it is also clear that Bertolucci still had much to learn about the visual aspects of filmmaking. 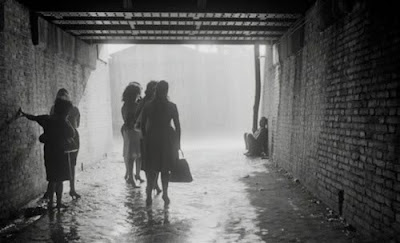 There are some quite bumpy and distracting dolly shots as well as the heavy-handed vaginal symbolism of arches, caves and steep riverbanks. And yes there are some typical Italian Neo-Realism elements as well - basically overwrought Italians yelling at each other - but the sexually charged undercurrents that characterize the best (and sadly the worst) of Bertolucci's later, mature work can be found here in their infancy. 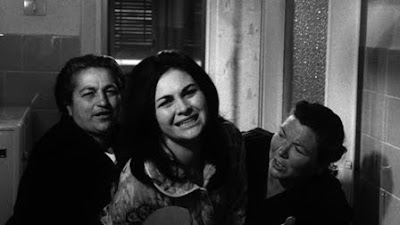 The acting is, at best, serviceable, and the revelation of the real killer raises more questions than answers, but Bertolucci was much more concerned with style in this maiden voyage than actual storytelling. The Italian film industry has long since abandoned personal, artistic cinema in favor of sentimental romantic comedies ans small scale dramas that feature the country's picturesque scenery. But for centuries the nation of Italy led the world in artistic innovation: in painting, in music, in design and, for a brief period, the cinematic arts. This film captures an intriguing flavor of those times, and Bernardo Bertolucci's unique contribution to the glory days of Italian filmmaking.

"...the heavy-handed vaginal symbolism of arches, caves and steep riverbanks."

You're a terrific bore!

Well you got the terrific part right so that's something.