Days of Future Passed: The Perils of Do-It-Yourself Part 3 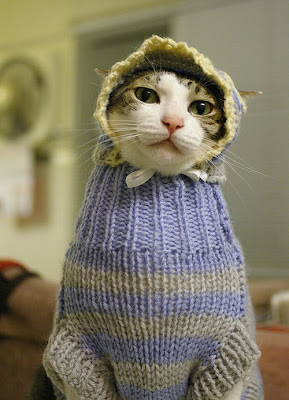 The following Saturday was a fine and mild day, quite unusual for August, and Uncle Larry took advantage of the break in the swelter to frame in Meemaw’s isolation chamber. My father had promised to help, and as he gathered up his hammer and saw I lobbied hard to accompany him. My mother wasn’t crazy about the idea. There’d been an epidemic of local kids stepping on rusty nails lately, and she was sure I’d be the next victim. After I promised to be careful, she finally agreed and I happily hopped into the truck with my dad.

When we arrived, Uncle Larry already had one wall up, although to call it a wall was an exercise in charity. It had a discernible outward bow, and the blocking was crooked and amateurish. As we walked over to the wood pile, the problem became apparent. Uncle Larry’s prized 2x4s had not been stored properly, and the boards had twisted and skewed into a crazy jumble.

My dad starting laughing so hard he had to set down his toolbox. Uncle Larry didn’t see the humor at all, and told my dad it would be fine, since the walls wouldn’t have any weight on them. My dad had learned that it was useless to argue when his brother was in full cheapskate mode and, with a deep sigh, began to sort through the warped lumber in the forlorn hope of finding some usable pieces.

I walked over to the porch where Richie was playing with one of his mother’s numerous stray cats. Aunt Sally ran a sort of unofficial sanctuary for homeless felines, feeding every wayward critter that wondered into her yard and over the years she’d amassed quite a collection. While Richie was a few years younger than me --he was 6 and I was 8-- we always got along great and enjoyed each other’s company. A few months earlier, we had bestowed upon each other the title “Most Favorite Cousin”, a sacred oath in large southern families.

Meanwhile, my Dad and Jerry were engaged in the ridiculous task of trying to hold the crooked 2x4 studs straight while Uncle Larry nailed them into position. When Jerry accidentally let his end go a little early, the twisted board sprang up and grazed him in the temple, unleashing a minuscule trickle of blood. Jerry sat there stunned for a moment, rubbing the point of impact. Then, when he saw faint traces of crimson on his fingertips, the 12-year-old emitted a high pitched squeal and began bawling like an abandoned infant. While the panicked Jerry ran into the house for triage, the men continued with their labors and soon Meemaw’s second wobbly wall was muscled into place.

Richie and I giggled for quite a while about Jerry’s comical accident. This seemed to vex Uncle Larry, who was tired and irritable from wrestling with his deformed lumber. Clearly we were having too much fun, and Uncle Larry barked at us to go inside and “bring out the stuffing.” I had no idea what he was talking about, but Richie dutifully rose and marched into the house so I followed along. In the hallway were piles of old, worn out sheets and towels, tattered blue jeans, pillows shedding their feathers and a variety of cloth goods that had seen better days. Richie explained that his dad was going to use this junk to sound proof Meemaw’s new room and quiet her snoring, which Richie said sounded like “a goose choking to death.”

As we were carrying the items out to the worksite, Aunt Sally bellowed, “I got some more stuff in here for y’all.”

Richie and I walked back to Aunt Sally and Uncle Larry’s bedroom, where we found her packing baby clothes into a cardboard box.

“I was saving this for Audrey, but it’s all kinda old and raggity. I reckon the new room is a better use for it. Lord knows, I won’t be needing baby clothes anymore.” She then took a yellow romper out of a drawer, complete with a frilly collar and attached booties, and gazed at it a minute.

“Lord,” Aunt Sally chuckled, “You remember this Richie? You practically lived in this thing. Whenever I put anything else on you, you cried and cried.”

Like most young boys, Richie resented any implication that he was ever a cute little baby, especially one that would wear frilly collars and booties. He replied that he no idea what she was talking about, and the two of us picked up the overflowing box and lugged it onto the porch.

As we dropped off our last load, Uncle Larry told us to wait a few minutes as he, my dad and the newly bandaged Jerry scuffled with the badly distorted dregs of the woodpile. While the crew cobbled together Meemaw’s final wall, Richie and I sat on the edge of the porch, prompting a bunch of the mewing foster cats to affectionately rub against our dangling legs.

There’s a powerful moment early in the film 2001: A Space Odyssey where one of the apemen gets the idea that a large bone would make a superb weapon.The scene is a wonderful illustration of an epiphany, with the audience clearly tracking the apeman’s primitive thought process. We see the apeman stare at the bone, then slowly grab it and make small, playful striking gestures. Eventually, as the idea takes root, the creature begins to swing forcefully, smashing everything within reach.

It’s no stretch to say Richie and I shared a similar stroke of genius that bright and airy August morning. We looked at the box of baby clothes nestled between us. We looked down at the circling kitty cats. We looked back at the clothes, then back at the cats. All that was missing were the majestic strains of Thus Sprach Zarathustra. I looked over at Richie, who was in the process of unfurling a grin so evil it must have been sent by Lucifer himself.

I immediately hopped to the ground and picked up a fat orange tabby, while Richie fished a peppermint striped jumper out of the box. As the cat hung limp in my hands, too stunned to resist, Richie pushed the beast’s paws into the sleeves and snapped up the back. This particular garment had a chic accessory; a lace trimmed bonnet that fit on the cat’s head with the precision of custom tailoring. After Richie tied a bow around the cat’s chin to secure the headpiece, we took a moment to admire our handiwork. And the results were nothing short of hysterical. We both erupted in that sort of profoundly silly laughter only conspiratorial little kids can muster.

Little did we know the best was yet to come. After a minute or so, the cat was no longer such a good sport, and began to squirm and violently hiss. Startled, I let the cat go. The beast immediately took off with such a blur of speed it looked like a red and white striped cannonball. What ensued was a wave of hilarity that brought us to our knees. Richie laughed so hard he turned red and tears ran down his cheeks. My ribs started to hurt, but no amount of pain could dampen our giddy jubilation.

It’s said that laughter is the best medicine. It’s also most addictive, and soon we needed another fix. There was a siamese mix cooing at Richie’s feet, and within seconds this critter was sporting a pair of blue cotton bib overalls. This time Richie held it as I did the dressing honors, but the results were the same. As soon as Richie released his grip, the animal bounded into the bushes at lightening speed.

In between fits of rolling on the ground in maniacal laughter, Richie and I were able to adorn another traumatized cat or two before the remaining beasts wised up and hid under the porch. Obviously, this was many years ago, and I have been amused by many things in the interim, but I can honestly say none of them can hold a candle to the sight of a cat dressed in baby clothes hauling ass across 30 yards of lawn.

Eventually Meemaw’s room was completed, and despite its off-kilter and oddly undulating walls, she seemed quite pleased with it. Furthermore, within a few hours all the traumatized cats returned; their garments in various stages of disassembly. Ravenously hungry perhaps, but no permanent damage. And unlike his misadventures in freelance healthcare, this time Uncle Larry’s DIY scheme actually worked. The new, thickly padded bedroom reduced Meemaw’s nightly yowling to a faint, distant murmur, easily ignored by the home’s other occupants. She would live another 17 years, ironically passing during a rare peaceful sleep in 1982 at the age of 97.

After a long illness, Uncle Larry died in 2003 and was buried one bitterly cold February afternoon. He was about the same age Meemaw had been when she had her fateful fall all those summers ago. I served as a pallbearer, and after the funeral I visited with Richie --or Rich, as he now prefers to be called-- for awhile. I hadn’t seen him for nearly twenty years, as his job as a chemical plant inspector requires almost constant travel. After a few minutes of chit-chat, I asked him if he remembered that day when we dressed up the cats. Despite his grief, his eyes lit up immediately.

“Oh man...that was the funniest damn thing! I was just thinking about that the other day!”

We both began chuckling, not only at the hilarious imagery seared into our minds, but at the realization of the depth of our friendship. Here we were, a couple of paunchy, balding middle-aged guys, as common and unremarkable as dry toast. Yet we shared a memory of a special day when the awesome and mysterious cosmos revealed that it too had a sense of humor. And forty years later, the joke was still funny as hell.

Very funny. Keep feeding us these sweet memoirs. Thank you.

Quite surreal, really. Made me smile (and thanks for your migraine sympathy - it's a b***er, isn't it.)

Great stuff... and yes, it's great to look beyond the outer appearance and find the lurking coolness!

How wonderful, and how true. Thank you for sharing such a well written and gripping tale.

Thanks guys. These things are difficult to write, but ultimately satisfying. Good to know someone in reading. And Deborah, you are spot on about the migraines.