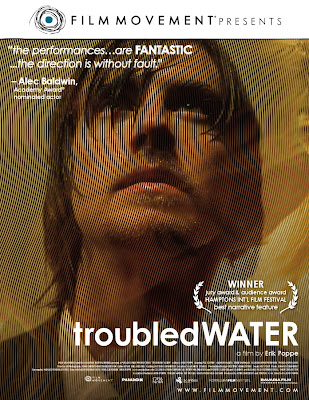 Story wise, this impressive Norwegian import has more layers than a box of smoked salmon and before we are through, director Erik Poppe will have methodically revealed all of them. Troubled Water is at heart a psychological thriller, and is characterized by superb casting, exceptional acting and a brave willingness to confront murky and difficult issues without resorting to easy answers. 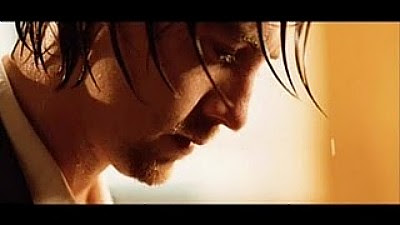 Convicted of the abduction of a child, Jan (Pal Sverre Valheim Hagen, in a stunning performance) is granted early parole to take a job as a church organist, in the same small town where he was tried and sentenced years earlier. Jan flourishes in his new environment for awhile but, despite changes in appearance and taking on a different name, eventually the shocking details of his past slowly encircle him, and his attempts to rebuild his life are mortally threatened. 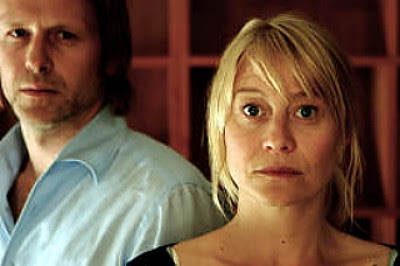 Troubled Water then unfolds with the telling of two stories, or rather two perceptions of the same story, as we become intimately acquainted with the mother of the dead child (Trine Dyrholm, whose work here is breathtaking) and the deep mental trauma inflicted on her by the tragedy. Along the way there is significant collateral damage; in particular Dyrholm’s husband (Trond Espen Seim), whose desperation to spare his wife further pain is both palpable and self-defeating and Anna (Ellen Dorritt Peterson), the beautiful church pastor who will have her rote platitudes about Christian redemption severely tested. 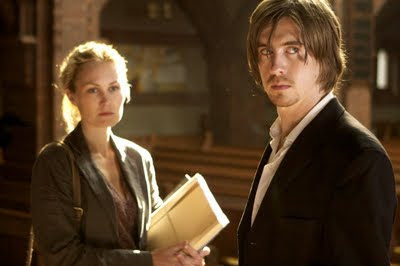 The film tilts slightly toward melodrama in the final scenes, but that is due more to the subject matter than any conscious decision by director Poppe, and he quickly rights the ship. Important questions are raised about the differences between forgiveness and acceptance, and how in some cases the former may be beyond the capacity of human beings, regardless of the depth of one’s religious convictions. 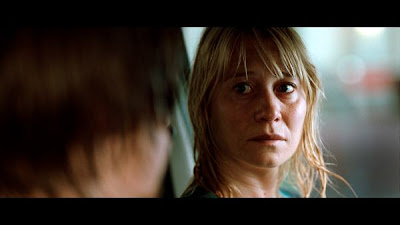 Troubled Water is a small-scale film made with great skill and meticulous attention to detail. Poppe, Dryholm, Hagen and Seim all acquit themselves very well here, and this absorbing drama may well represent a major turning point in their respective careers.

I'd never heard of Troubled Water before reading your review this morning. Now I can't wait to see it. It sounds superb. - Tracey

Thanks Tracey. It's definately one of the best films I've seen in awhile. The acting is very impressive.

Saw it and loved it. Hubby was less keen and left after first 30 minutes or so. Ah well, some films are worth seeing alone, n'est-ce pas? Thanks for your recommendation
-Tracey

haha, didn't even recognize this with the english title. The direct translation of the norwegian title would be "The Innocents".
It was filmed here in my backyard actually, and I work next door to the kindergarten where he goes to pick up the kid. The church is right up the road.
Here in oslo, the film is commonly called "The Grünerløkka film" as it was filmed almost exclusively around the alternative (Grünerløkka) area of Oslo.

But, you really need to see Hawaii Oslo!

It's by the same director, also pretty much filmed in the same streets, and is a MUCH better movie!

As I wrote in my own short review of Hawaii Oslo, it is considered to be the best film to come out of Norway, by a great deal of people.

Tiger thanks. And congratulations on living in such a lovely neighborhood.
I have seen "Oslo, Hawaii", back before I started writing reviews. I liked the movie alot. It's very good, but "The Innocents" affected me on a deeper level.

BTW, "The Innocents" is a much better title :)