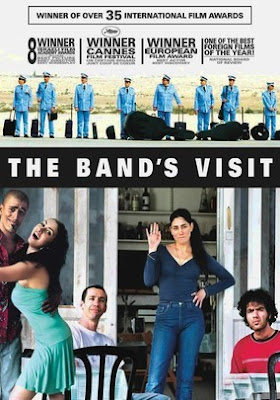 A touring musical group comprised of Egyptian policemen take the wrong bus and end up in an isolated Israeli backwater in Eran Kolirin's amusing tale of low voltage culture shock. The band members are stranded with little more than the powder blue uniforms on their backs but, through the intercession of a kind hearted cafe owner (Ronit Elkabetz), the men are dispersed to various local households for food and accommodations. What follows is an evening of small revelations, as the musicians and their hosts learn all about each other and, in small ways, begin to bridge their great historical and cultural divides. In all, a charming and well intentioned film that never seems forced or sappy. And don't be surprised if it restores a little bit of your faith in humanity. 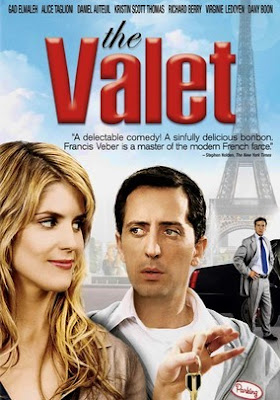 This peppy romantic comedy from France will please even the grumpiest folks at your house. The great Daniel Auteuil plays a zillionaire CEO so desperate to hide his affair with dazzling supermodel Alice Taglioni that he launches a byzantine cover-up so convoluted with lawyers and private detectives that the viewer wonders who is spying on who. Kirstin Scott Thomas is very good as the long suffering wife who realizes she is in for a big payday and decides to just enjoy the ride. I predict you will too. This comedy is quite prescient, and we doubly enjoy Auteuil's predicament in these days when most of us would like to see robber-CEOs dragged through the streets. In fact, the film's pacing and direction feel much more like an American film than a French one. I wouldn't be surprised if some Hollywood producer is currently planning to remake this film for the American audience. It would be an easy adaptation. 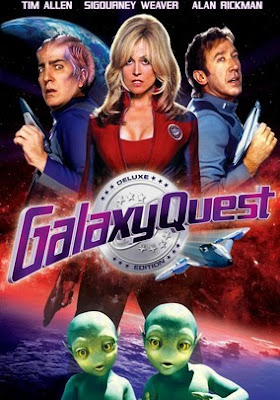 A ripping good time movie that lays waste to every Star Trek cliche, then finds the enduring nobility underneath them. Galaxy Quest is literally filled with famous actors who are simply fun to watch, and they all appear to be having a grand time. But part of the fun is spotting the "before they were famous" cast members (Rainn Wilson is one of the aliens and a pubescent Justin Long is hysterical as a true-believing geek). When you want to relax and indulge in silliness and belly laughs, this space opera send-up is just the ticket.
at December 09, 2011

Sigourney Weaver was hilarious as blond space bimbo in Galaxy Quest. A gem.

We love Galaxy Quest at our house. The other two look like they would be worth watching.

Will check out The Vallet. Thanks

by Grabthar's Hammer...what a savings.