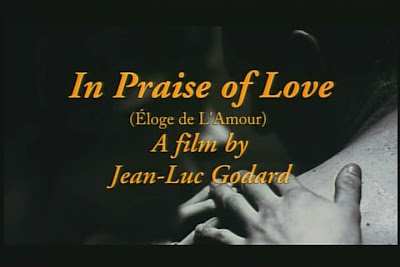 Godard has always been a creator of beautiful and arresting images; a fact often obscured by the director’s tendency to present his work as a platform for the startling and the impenetrable. “In Praise of Love” bears all the deconstructive trademarks of Godard, although toned down somewhat, yet the audience is granted the time and thematic space to fully appreciate the visual and aural beauty on display. 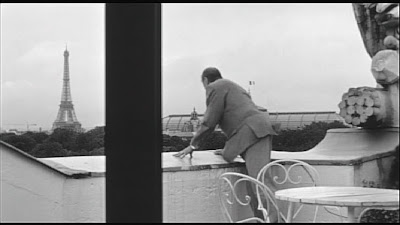 The film is broken into two parts and deals with a young writer named Edgar (Bruno Putzulu) and his efforts to launch a film based on his research into the Catholic Church’s possible involvement in the Holocaust. In the first act, shot on b/w film, Edgar’s interviews potential actors and discusses financial details with his producer (Claude Baignieres), an elderly art collector who blames the Musee d’Orsay for the theft of much of his collection during the Nazi occupation of Paris. 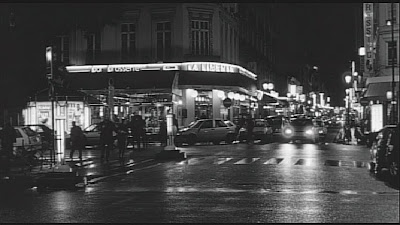 Typically, the narrative – if one can all it that – is intentionally difficult to follow and mainly serves as a canvas for the Director’s pointed commentary about international politics and class struggle, as well as some distinctly anti-American rhetoric. The Bosnian conflict, which was still prevalent in the news in 2001, provides Godard with a springboard for wider philosophical musings on the nature of war and violence, and its aftermath is incorporated as a story element. 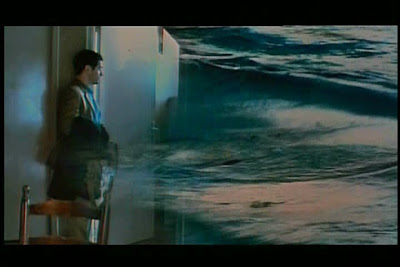 The second part takes place two years earlier, as Edgar scours the French countryside for first hand accounts of life during wartime. This section, shot on heavily processed SD video, features an understated race against time, as Edgar finds himself one step behind a well-heeled group of American film executives (called “Spielberg Enterprises”) who are in pursuit of similar stories for a potential production. Here, Godard’s invective toward the American film industry is fully unleashed, in a manner both scathing and ham-fistedly amusing. He appears particularly upset with Juliette Binoche, who does not appear in the film but is mentioned several times, and Godard clearly regards her as some sort of turncoat. 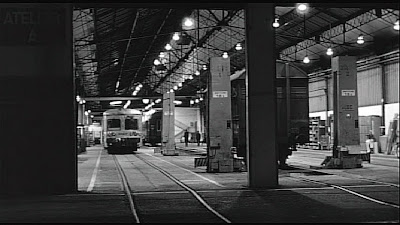 How deeply to delve into the Director’s bilious crankiness is at the viewer’s discretion, for the film offers copious amounts of lyrical beauty that can simply be appreciated and savored. The b/w scenes are composed with precision and formality and are a joy to behold. The night shots of wet Parisian streets crackle with energy and intrigue. One shot is a particular stunner: a low angle view of a train station that features such perfect aerial perspective it seems almost three dimensional. The video sequences in part two are starkly surreal, featuring the saturated colors of a drug-induced hallucination. And underneath it all is a surprisingly gentle and seductive piano score; a lilting sort of Eric Satie meets George Winston. While Godard’s oeuvre, which has now exceeded half a century, ranges from the sublime to the unwatchable, I’m happy to report that “In Praise of Love” leans heavily toward the former.

Again, I really enjoyed your review. I never saw this Godard film, but I looking forward to now. Thanks and greetings from Amsterdam.