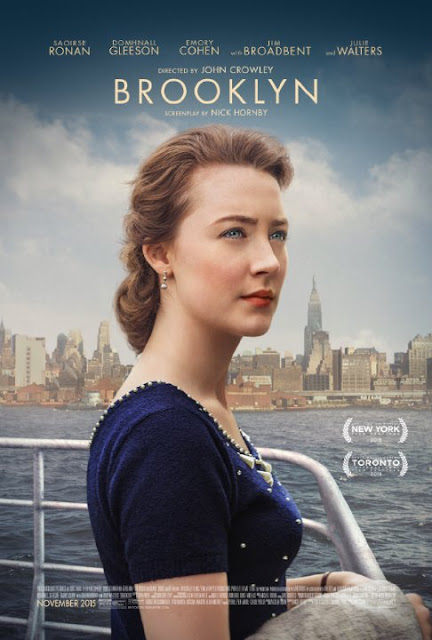 Nominated for three Oscars, John Crowley’s Brooklyn is the gentle story of a young Irish woman named Eilis (Saoirse Ronan) who leaves her quaint stone cottage village for a strange new life in America circa 1950. With the help of a kindly priest (Jim Broadbent) Eilis soon acquires lodging in a boarding house and a job selling cosmetics in an upscale department store. She even gains the romantic attentions of an earnest young plumber (Emory Cohen) who is all too happy to include Eilis in his ambitious American Dream of a better future. But when unexpected events back in Ireland beckon Eilis to return, she finds herself torn between family responsibility and the new life she has made for herself. 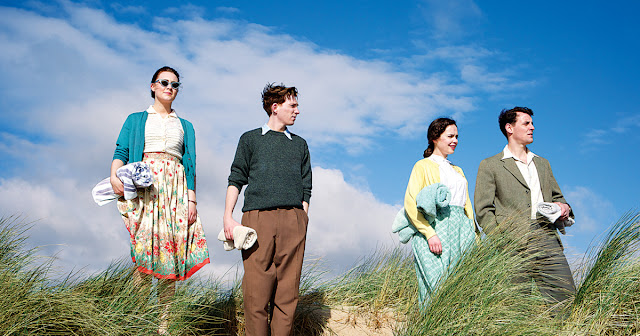 In a cinema landscape filled with apocalyptic visions and intergalactic wars, the soft, sweet angles of Brooklyn are a soothing tonic to the raging sound and fury. Ronan’s Eilis is neither a pitiful victim nor a fiery champion, but a good hearted soul slowly overcoming her provincial naiveté. Upon her return to Ireland, she seems much like a different person; her American experience lending her strength, confidence and a street-savvy wariness. Eilis grappled mightily with homesickness during her early days in America, but now her return home has induced another type of illness, and the only cure is to put aside the past and bravely venture on. 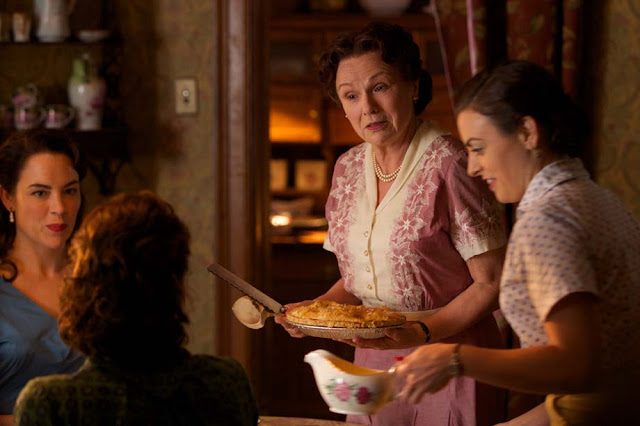 The growing maturity within Ronan’s innocent blue eyes find a perfect foil in Julie Walters’ turn as Mrs. Keogh, the aging boarding house owner charged with keeping her collection of newly arrived lasses on something that resembles the straight and narrow. Walters knows all about the perils of randy young men and guileless country girls - and seems to remember those days fondly - but is even more put off by too much girly giddiness, proclaiming that it should be considered a deadly sin. A generation younger than grand dames like Maggie Smith and Judi Dench, Julie Walters is in a career sweet spot these days. As her work here and in the BBC series Indian Summers attest, she is the heiress apparent to the classic acid-tongued, world weary British matron. The archetype is in very good hands. 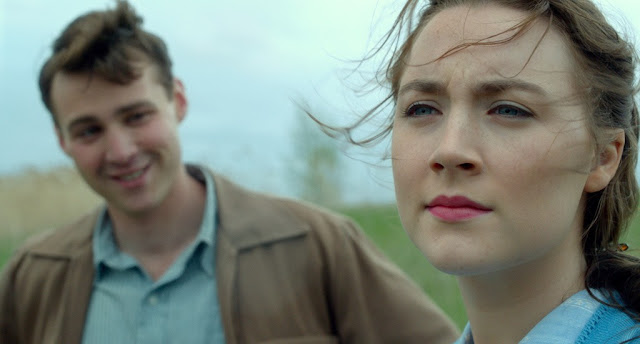 Viewed from the perspective of today’s angry, insular America, Brooklyn seems like an artifact of a lost civilization. The idea that immigrants have value and seek only to better themselves by contributing to society has been so thoroughly trounced by our politicians it feels odd to see penniless newcomers portrayed in a positive light. Of course, Brooklyn deals with wretched refuse that’s a whiter shade of pale, so even today they would be spared the brunt of America’s xenophobic wrath. Still, the optimistic, welcoming nation depicted here, complete with smiling and hospitable immigration agents, has likely been lost forever, blown into oblivion by the screeching winds of cowards and bigots.