Woman is the Future of Man ✭✭✭1/2 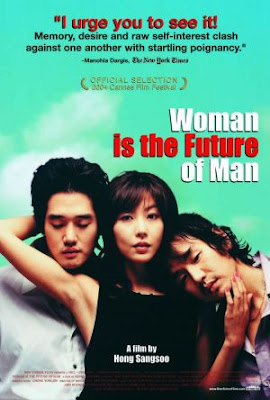 Woman is the Future of Man seems like an awfully weighty title for Sang-Soo Hong’s delicately populist reality show. The film invites us into a world that feels commonplace at first, but eventually viewers become immersed as long-time friends are stripped of their illusions one by one. Woman is the Future of Man is like a post-sexual coming of age film, examining that rough patch when those about age 30 have their naive dreams and aspirations replaced by the more pressing needs of survival and pleasure. 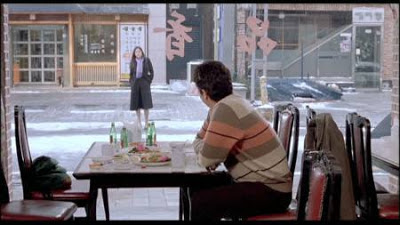 The film begins with the quiet reunion of Mun-ho (Ji-tae Yu) and Hyeon-gon (Tae-woo Kim), high school buddies who have drifted apart over the years. Hyeon-gon, an aspiring filmmaker, has returned to Korea after an extended stay in America while Mun-ho has settled into the comfortable life of a college professor complete with a townhouse and an unseen but quite vocal wife (Park Bo-yeong). As the two men get caught up over beer and fried noodles at a local cafe, their thoughts turn to their true common interest; the willowy and beautiful Seon-hwa (Hyeon-a Seong), a young woman from the past neither man has been able to forget. As their blood-alcohol levels rise and their inhibitions fall, the men decide to drop in on Seon-hwa, who has made a new life for herself in a neighboring town. Rest assured, the notion that this impromptu visit is good idea is not the only illusion that will be shattered along the way. 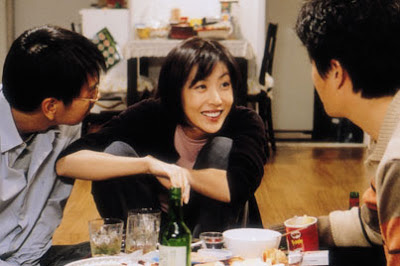 Sang-Soo Hong is not afraid to break his austere atmosphere with time-shifting and the film contains several flashbacks without any of the technique’s cliched visual clues. Viewers will need to be on their toes, for these vignettes impart critical backstory that support the film’s final act. As the story moves deeper into the relationship of these three characters, the men’s differing perceptions of Seon-hwa take precedence and shines a spotlight on their delusions and follies. A traumatic event from Seon-hwa’s past has forged an emotional distance and renders her unfit for either man’s preconceptions. Mun-ho and Hyeon-gon’s memories are of situations and circumstances that no longer exist while Seon-hwa has been forced to confront her new realties, for better or worse. 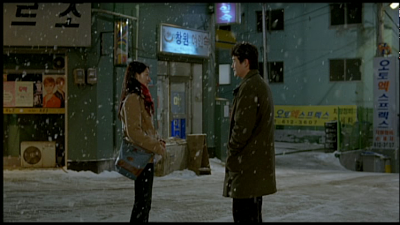 Sang-Soo Hong has a innate gift for cinematic storytelling, plumbing deep levels of character through banal interactions in scenes that appear to occur in real time. His films have the feel of Eric Rohmer productions of the 1980s, building rich portraits through simple, but perfectly placed, details. Martin Scorsese introduces the disc, and professes a strong admiration for Hong’s crystalline way with narrative. Woman is the Future of Man is an intriguing, voyeuristic sojourn with three souls as they realize their childhood is long gone, and the relentless march of time continues.