The Politician and the Prostitute 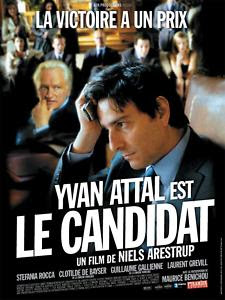 Capitalizing on the French presidential election, TV5 has been running 2007’s The Candidate, an introspective political thriller written and directed by veteran actor Niels Arestrup. The film reduces a national campaign to a series of intimately scaled set pieces, designed to allow actors room to shine and audiences to focus on the shadowy machinations of king-making. There are no massive rallies, cheering crowds or lines of babies waiting to be kissed. Instead, we are immersed in the minutia of political messaging in a visual age; the agony of choosing between gray or blue suits, the controlled staging of candid photographs and the rapid fire memorization of arcane facts and figures. 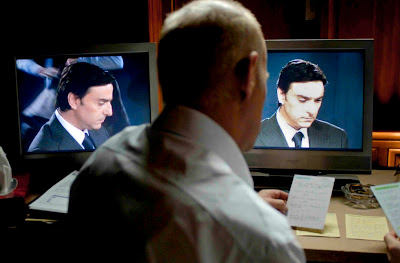 Inside the empty suit is Yvan Attal as Michel Dedieu, a lackadaisical product of inherited wealth, recruited at the last minute to stand for the presidency when the established candidate is suddenly and mysteriously stricken with cancer. Attal has made a career out of likable, but deeply flawed, characters and here he achieves an everyman empathy despite his gilded mansion and remuda of Jaguar sedans. Arestrup saves a plum role for himself as Georges, a jaded, bloated political string puller who thrives on cognac, cigars and access to the inner workings of government...warts and all. The film centers around Attal’s preparation for a high stakes televised debate, and the toll his candidacy extracts from his family and psyche. 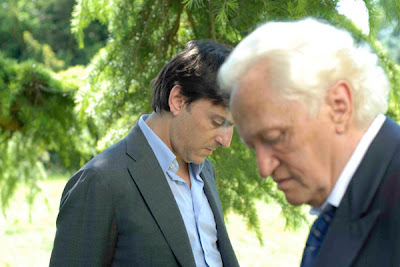 With a new war looming in the Middle East, Attal realizes there are other, more effective ways to serve his country, and begins a subtle rebellion against the political machine. Arestrup constructs a clever and impressive canard to give his film a satisfying conclusion, then nearly blows it by carrying that conclusion to a melodramatic extreme. Still, The Candidate is a smart and entertaining dissertation on corruption and cynicism, and richly deserves a home video release. 4.5 Stars. 2010’s Special Treatment, now available from Netflix, deals with more deeply personal issues and fans of Isabelle Huppert will find the film worthwhile, if a bit spotty. Filled with whores and psychiatrists, Special Treatment draws several parallels between the two professions, but ultimately concludes that psychiatrists have life a whole lot easier. Huppert plays a classy call girl on the run from a wacko John who’s a little too fond of the rough stuff. She becomes involved with a chubby, newly separated shrink named Xavier (Bouli Lanners), providing a clear canvas for the film’s comparisons and equations. 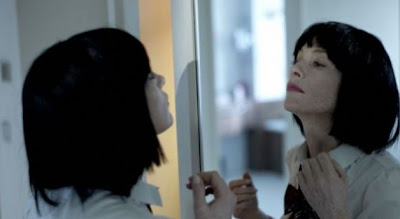 There’s some affecting moments here, but director Jeanne Labrune surrounds them with a lot of clutter and at times the film loses its way. A subplot involving a bizarre rural sex club - where naked women dangle from crosses and cavort with livestock - serves no purpose and seems like something Ken Russell rejected. Labrune has an unfortunate fondness for thematic non sequiturs; her Beware of My Love from 1998 took an intriguing premise and promptly buried it in a field of baffling cinematic geegaws. 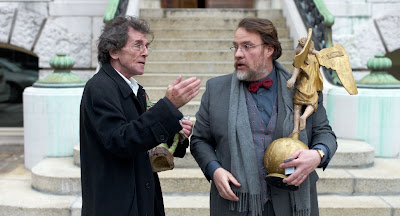 But her absurdist tendencies can’t quite ruin Special Treatment, thanks mainly to Huppert’s subtle control of dramatic tempos.  At one point, the film moves away from Isabelle for an extended period in favor of all that other junk Labrune wants to deal with. When we return to Huppert, it is with a wordless scene in which she’s trying to cross a busy Parisian street. We see her mental calculations, her false starts and finally a mad dash to safety. It’s a common, everyday occurrence, but Huppert somehow makes the moment come alive with meaning. 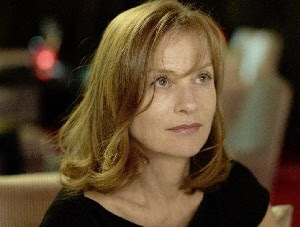 Special Treatment was not a success with moviegoers or critics; the most common complaint concerned Ms. Huppert’s age for this role. Yes, she probably is a little too old to be playing a sought-after strumpet, but if one accepts the premise then the film’s professional analogies have a stronger resonance. Just as she will be replaced by younger, flashier models, the highly trained and highly paid practitioners of “talking cures” also face extinction from new, highly effective psychotropic drugs. The main difference between psychoanalysts and prostitutes? There will always be a demand for the latter. 3.5 Stars.

Great review. I love to watch Isabele Huppert, whatever age she is.