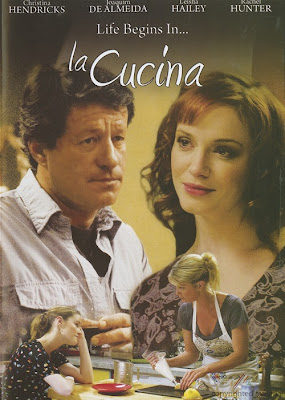 Fans of Christina Hendricks, the voluptuously efficient office manager from MadMen, may be interested in this leaden, low budget clunker from her salad days. Set in the kitchens of 2 adjacent apartments, La Cucina is the story of 3 women and by the end of the evening, we know much more about them than we really wanted to. 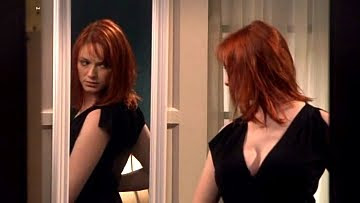 As Hendricks attempts to prepare a light supper for her new beau, a sophisticated and worldly man 17 years her senior, upstairs, uber-pregnant Shelly (Leisha Hailey) unloads a litany of complaints on her neighbor Jude (Rachel Hunter) who somehow manages to focus on roasting a chicken through the whining din. Hendricks’ date (Joaquim de Almeida) finally arrives and the two of them settle in over mozzarella and red wine for a discussion of life, love and relationships that’s long on warm-&-fuzzy but short on interesting insights. 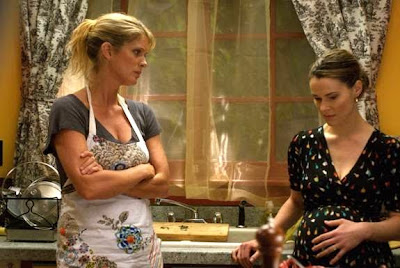 And that’s basically the film, as we follow the two simultaneous conversations and everyone has talked about their feelings until even the participants are utterly exhausted. The entire film takes place on these two kitchen sets, occasionally relived by shots of an anonymous neighbor who strums power-chorded rock ballads on his Gibson SG, and the whole enterprise has the feel of a college theatrical. Now this may be a fine way to spend a lazy summer night at the Pasadena Playhouse, but it’s rather non-compelling cinema. 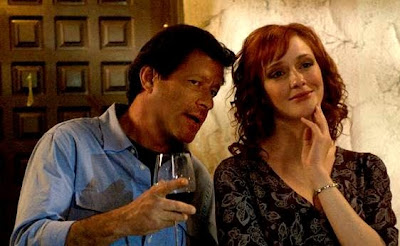 The scenes with Hendricks and de Almeida are at least watchable, as he brings a skilled actor’s sheen to his character, and Hendricks strikes that unique balance of strength and vulnerability that has made Joan Holloway such a fascinating persona. But the other sequence falls flat, as Hailey approaches head-melting shrillness and Hunter becomes so disinterested she reverts to her Australian accent. But bravely the actors prattle on in pop-psychology-speak, and eventually we end up with My Dinner with Andre as directed by Dr. Phil.