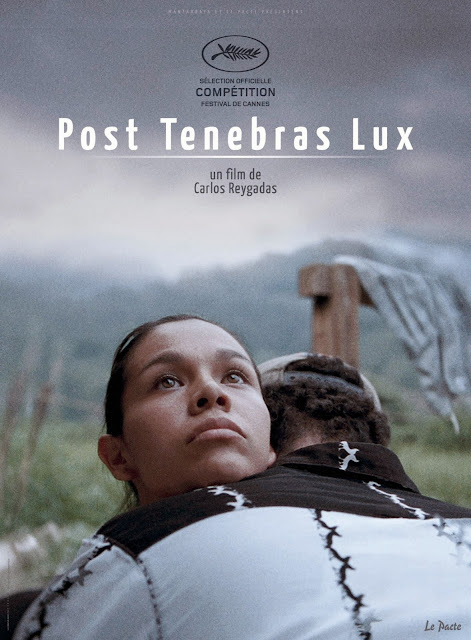 Carlos Reygadas’ Post Tenebras Lux - Latin for light after darkness - is a film that will leave viewers either blissfully hypnotized or hysterically dumbfounded, with few in between. Despite being roundly booed during its screening at Cannes in 2012, the film won Reygadas the festival’s Best Director award. That dichotomy of reaction continues to batter Post Tenebras Lux to this day, with some critics hailing it a masterpiece while others dismiss it as the vilest kind of art house pretension. This 115 minute assembly of shocks, specters and stupefactions exists not in Euclidian narrative space, but in an elastic world of impulses and ideas, with traditional storytelling replaced by speculative paths and shifting realities. 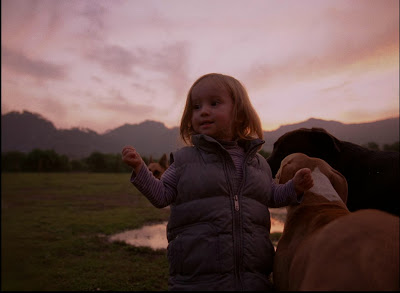 Providing the backdrop for Reygadas’ ruminations is the saga of Juan (Adolfo Jiménez Castro), a forty-ish layabout who has moved his wife (Nathalia Acevedo) and two small children (Rut and Eleazer Reygadas) from the city to a jungly Mexican backwater for reasons unknown. In the film’s extraordinary opening sequence, two year old Rut is shown happily cavorting through a muddy field with the family’s loyal legion of German Shepards in tow. Surrounded by a swirl of grazing cattle and spirited mustangs, Rut’s revery seems one of those perfect childhood moments - a showcase of the sheer sensory joy of life itself. But as night falls and storm clouds gather, tiny Rut’s vulnerability to the world is revealed, leaving her only to mutter a heartbreaking “Mamma?” under a darkening sky. 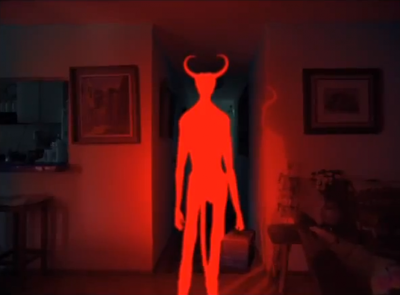 Dangers faced by children is a recurring motif in Post Tenebras Lux, whether that danger is posed by glowing red demons carrying grimy toolboxes - one of the film's most confounding images - or by their own parents, who have anger management issues and do unspeakable things at tawdry sex clubs. Undercurrents of class struggle echo similar themes, as Juan’s hired hand and personal confessor (Willebaldo Torres) has lost his family to liquor and cocaine. But Juan’s paranoid sheltering wing can only do so much, as flash forwards reveal teenage Eleazer’s growing passion for rugby, a sport so rough and tumble it makes the NFL look wimpy in comparison. 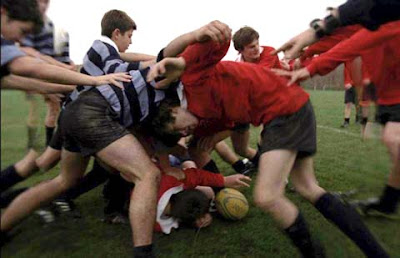 Ultimately, Post Tenebras Lux resists all applications of logical templates. Like a clever escaped convict, the film lurches, veers and backtracks, disguising its own traces and motives in stark defiance of audience expectations. Those familiar with Reygadas’ previous forays into the weird, Japon, Battle in Heaven and Silent Light, may feel braced for this exotic excursion. However Post Tenebras Lux distorts the idea of cinema to far greater proportions, intruding on the dadaist domains of Jarman and Weerasathakul. As an injured, bedridden Juan playfully describes his son as a “worm” - both a visual and verbal illusion to the book of Job - Nathalia treats the family to an off-key rendition of Neil Young’s “It’s a Dream.” Perhaps Reygadas anticipated his film’s indigestibility and here offered a simple explanation for the literalists in his audience. Viewed in perspective it’s a sensible explanation, for in the mystical mind of Carlos Reygadas, who knows what dreams may come?
at December 14, 2013

That first photo... looks like a disembodied head sitting on a dude's shoulder. Wacky!