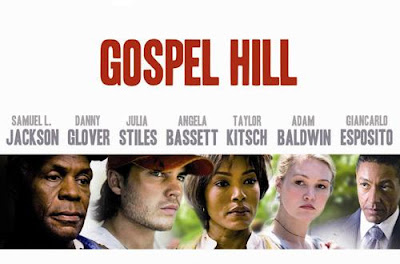 Set in one of those failed southern mill towns that the textile industry built and then coldly abandoned, Gospel Hill is a well meaning and competently produced film that addresses large social and economic shifts with a clear and simple grassroots scale story. As the town prepares to honor a civil rights activist slain 40 years earlier (played in flashbacks by Samuel L. Jackson), his surviving son (Danny Glover) is forced to confront his long simmering resentment and suspicion of the town's racist former sheriff (Tom Bower). Meanwhile, a citizen group led by Glover's wife (Angela Basset) attempts to stop the taking of their community by a group of golf course developers. 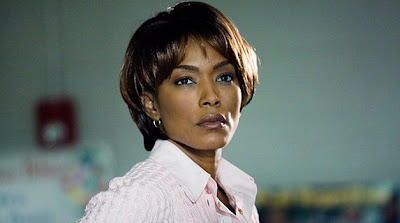 Director Giancarlo Esposito does a good job of presenting the complex layers and hidden agendas in a straightforward manner, and bravely casts himself as one of the film's most unsavory characters while, interestingly enough, casting Adam Baldwin in one of the few sympathetic roles of his career. 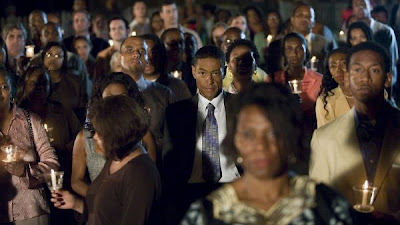 Ultimately, the film hints that the younger generation, open minded and unscarred by the racial conflicts of the 1960s, may hold the key to America's redemption. The film also makes clear that while their elders were busy fighting culture wars, both real and imagined, American big business was quietly busy sending our jobs away and dismantling the social contract.