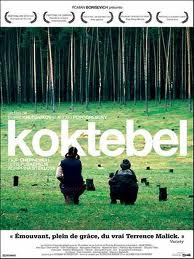 If you’re one of those people who’s feeling a little too happy these days - and overcome with guilt about it - you may want to check out this Russian import; a crabby, sour film guaranteed to bring you back down to the emotional dumps. For a touch over 90 minutes we get to watch a father (Igor Chernavitch ) and his 11 year old son (Gleb Puskapalis ) trudge through black mud, subsist on rotten apples, perform menial jobs for mentally unbalanced individuals and generally wallow in a state of sullen numbness. And if that’s not depressing enough, for much of the film it’s raining. 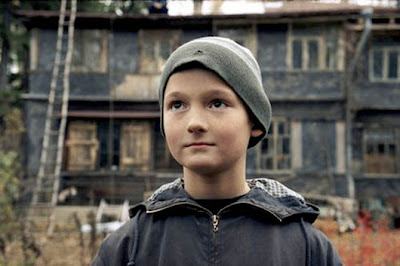 Our heroes are ostensibly heading to a resort area on the Black Sea, but financial hardship has forced to pair to make their way on foot and leap hobo-style onto passing freight trains. Over countless miles of barren farmland they travel, and with each grind of the train wheels the son becomes more disillusioned and impatient. But the Dad, a former aerospace engineer laid low by his love for vodka, is in no hurry. Along the way he dawdles with a roofing job on a rickety dacha, and then finds the rural clinic of a lonely female doctor with a seductive bedside manner (Vera Sandrykina ) just too therapeutic to leave. 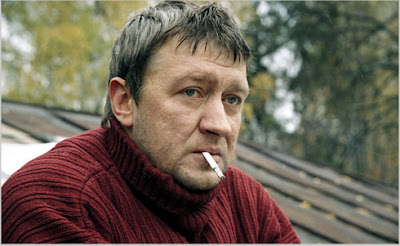 Boris Klebinov and Alexei Popogrebsky are billed as co-writers and co-directors – creating a film this depressing would just be too much for one person – and they prove their mastery at capturing bleak environments. The grey skies and bare trees are rendered with a chilling dankness that seeps into the viewer’s bones. But the film offers no relief from the brutal wintry textures and very little in the way of character development. Things start off bleakly for the father and son, then proceed to get steadily worse. 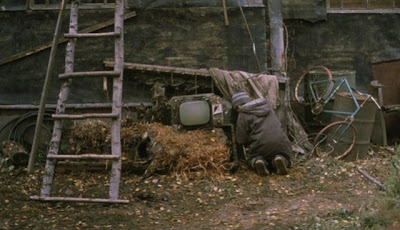 Early on, the directors take great pains to establish the boy’s special ability to visualize landscapes from an aerial perspective. But this intriguing bit of mysticism is never really advanced and is eventually abandoned for a more generic flight motif, as the boy becomes fascinated with the gliding ability of the albatross. Whenever things get dull, which is often, Klebinov and Popogrebsky drag out this tired metaphor and the son begins to daydream about seabirds and rising air currents. And audiences begin to dream about the film mercifully ending. 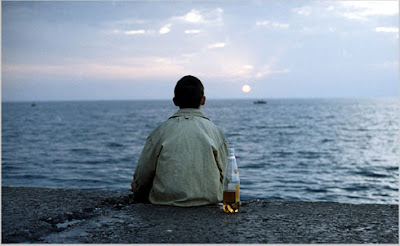 Great films have been made from minimalist materials, but Roads to Koktebel is not one of them. And if the unrelenting dreariness isn’t bad enough, the film’s coda features a shocking and thoroughly unnecessary act of animal cruelty, as the filmmakers continue to sell their ham-fisted character motivations long after we’ve stopped buying. Here Klebinov and Popogrebsky have hit the trifecta; their film manages to bore, depress and ultimately disgust.

I loved this film. I found the cinematography stunning and the characterization subtle. I also didn't find it particularly depressing, kind of heartwarming actually.