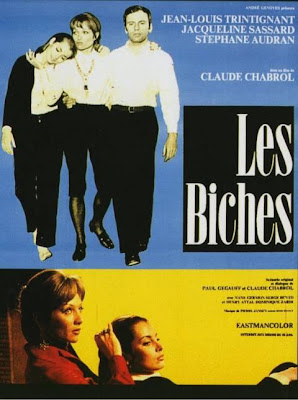 Throughout his long and successful career, Claude Chabrol mixed a few stinkers in with his generally impressive body of work. Les Biches, made in 1968 and one of his first films, was a most inauspicious beginning. Clumsy and cloying, the film is the story of two very different women who meet one day on the banks of the Seine; a meeting that sparks a chain of unhealthy events. 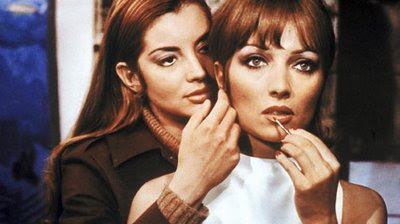 Wealthy and worldly Frederique (Stephane Audran) finds herself strangely attracted to a free-spirited starving street artist called Why (Jaqueline Sassard) and the two of them begin a whirlwind friendship and possible romance (Chabrol is not really clear on this) and before long, Why finds herself firmly ensconced in Frederique’s chateau near St. Tropez. Being winter, the town is virtually deserted save for a couple of freeloaders (Henri Attal and Dominique Zardi) who are also staying with Frederique. 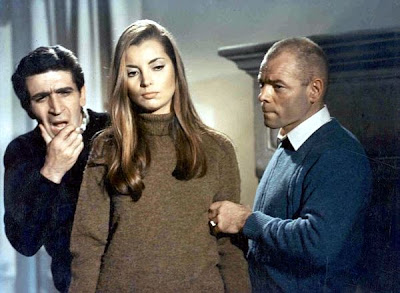 We know that Attal and Zardi are gay because all they do is make sarcastic comments about other people’s clothing, which I suppose was all gay men were allowed to do in 60s cinema. A square-jawed architect (Jean-Louis Trintignant, looking a bit lost) attends one of Frederique’s poker parties and at first seems quite taken with Why, but Frederique, used to getting her way, decides that she wants him too, and quite a mess follows. 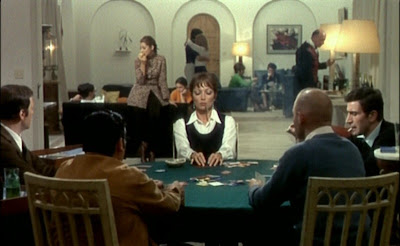 The film is a hard to take seriously, partially through no fault of its own. The disc is dubbed in English, and despite several minutes of fiddling with the menus, the original French does not appear as an option. While the dubbing is reasonably well done from a lip-sync standpoint, the resulting dead soundtrack gives the whole enterprise the feel of bad 70s porn, without the cheap prurient thrills. Equally distracting is the aggressive footstep Foley, which makes everyone sound as though they are wearing tap shoes. At one point, the sound goes out all together for a couple of minutes, but this glitch is actually a bit of a relief. 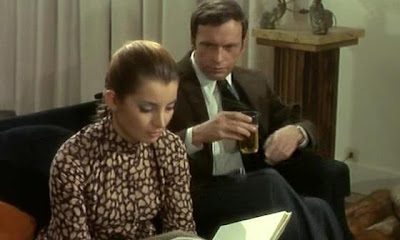 However, mucked-up sound does not excuse all of the films weaknesses, and the story runs out of steam long before the closing credits. The movie ends with a designed big dramatic payoff, but you may find yourself quite numb by the time it finally rolls around. Les Biches will be of interest only to the most fervent Chabrol fans. On the other hand, if you have yet to familiarize yourself with this important French director then please, don’t start here.