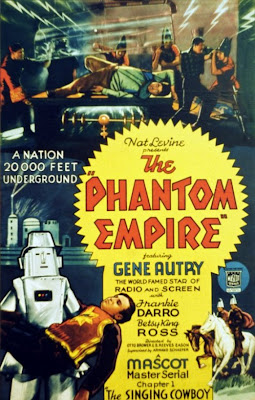 Like singing cowboys? Like science fiction? Well, you get both in The Phantom Empire, an absolutely insane Mascot serial from 1935. According to legend, this serial was conceived by writer Wallace McDonald while he was under the influence of laughing gas - I suggest it was a stronger controlled substance – at his dentist’s office and McDonald’s script certainly bears all the earmarks of a vivid hallucination. 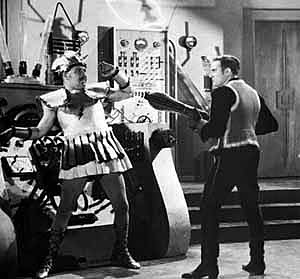 Gene Autry stars as the owner of a barren, heavily mortgaged dustbowl of a ranch who makes ends meet by conducting a live radio broadcast from his ramshackle front porch every afternoon at 3 o’clock. Surrounded by his coterie of ranch hands and cowpunchers - who also happen to be superb musicians - Autry belts out country/western favorites to an unseen, but enormous, audience. The script makes it quite clear that if Gene should miss one of these broadcasts the ranch would immediately go into receivership. And you thought today’s mortgage companies were tough. 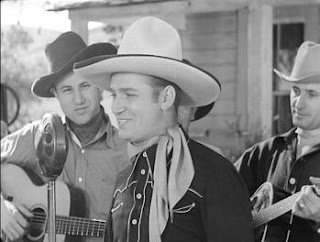 Also residing at the ranch are two pubescent foster kids: perennial serial actor Frankie Darro and Betsy King Ross. In real life, Ross was a rodeo champion trick rider but, inexplicably, is not given much to do in this serial. The kids spend their days dressing up in bedsheets and wash bucket helmets pretending to be Arthurian knights. Other local youngans get in on the act, and soon Frankie and Betsy are leading a large horse mounted contingent around the vast estate, with shouts of “TO THE RESCUE!!!!” in their pursuit of imaginary villains. 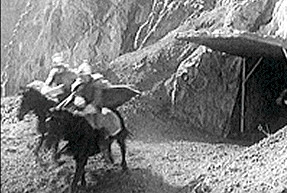 But those villains become all too real when a group of scientists and investors arrive at the ranch. This odious crew is led by Professor Beetson (J Frank Glendon), a greedy nogoodnick with an insatiable lust for radium, and his tests indicate that underneath Autry’s ranch is a mother lode of the stuff. So Beetson and company plot a number of predicaments designed to prevent Autry from broadcasting; thus getting their hands on the ranch, and all that lucrative - and as we now know deadly - radium. 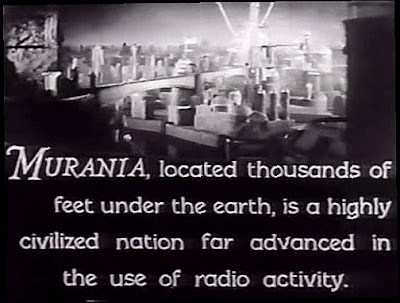 However, there is another boot to drop, or rise in this case. Deep beneath the surface of the ranch, unknown to either Autry or Beetson, lays the secret kingdom of Murania, a technologically advanced society, complete with skyscrapers, robots, flying cars and nifty Flash Gordon inspired haute couture. Murania looks sort of like Metropolis, if the builders of Metropolis had run out of money about halfway through, but for a 1935 cheese ball Mascot serial, it’s still pretty impressive. 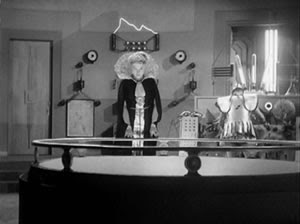 Murania’s citizens have access to a number of cool gizmos, including a device that detects when someone on the surface is testing for radium. The Muranians have lots of radium and need every bit if they’re to keep their flying Studebakers and lumbering robots up to speed. The underground society is ruled by Queen Tika (Dorothy Christy), who is either the embodiment of pure evil or just really bitchy, could go either way. She orders a group of her henchmen to the surface in a sort of preemptive strike to stop the would-be radium rustlers. Meanwhile, the Queen has some home-grown problems, specifically rumors of an armed insurrection being planned against her by a rogue band of Muranian scientists. 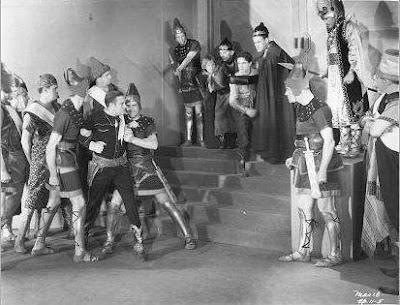 Whew…now you see why this serial took 12 chapters, and I’ve only described the first couple of installments. Things eventually settle down to a lot of horseback chases, foiled plots and an appalling amount of kidnapping. In every episode, Autry is either kidnapped or rescues someone who has been kidnapped. In fact, virtually everyone in this serial gets abducted and rescued at least once, including a fair share of the robots. The radio show gimmick plays nicely into the overall sense of nuttiness, as Autry often has to stop what he’s doing - no matter how important or fraught with peril - and dash back to the ranch to croon for his adoring public. 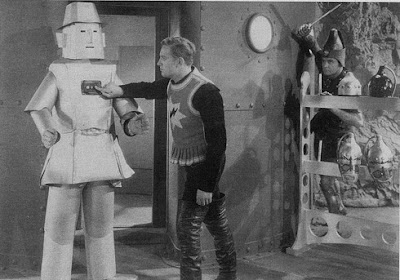 Frankie Darro’s horseback club is wrongly blamed for many of the early misdeeds, as the Muranian agents wear similar bucket helmets and dart about the ranch on galloping steeds as well. Darro sets out to clear his beloved group’s reputation with the same endearing gee-whiz enthusiasm that made him a fixture in Mascot productions. 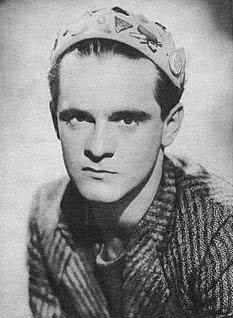 Darro would go on to have a widely diverse acting career and become something of a pop culture icon. He played the crooked jockey who tries to outwit Harpo Marx (good luck with that) in A Day at the Races, was a regular on The Red Skelton Show, and appeared in several episodes of the Batman TV series in the 1960s. But his most enduring role was as the actor stuffed inside Robby the Robot in the film Forbidden Planet. Off screen, Darro served in the Navy during WWII and later owned a bar on Santa Monica Boulevard, but his penchant for drinking up the profits eventually ruined his acting career. 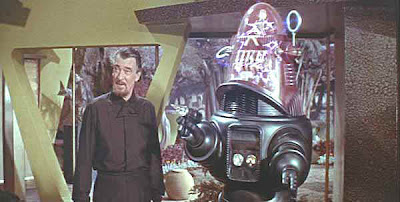 There are many versions and editions Phantom Empire out there, including a 70 minute distillation that was often shown on the old Night Flight TV show back in the 80s. The film is in the public domain, so occasionally discs will show up at discount stores for just a couple bucks. These discs are usually straight runs off the telecine from very bad prints, with no tweaking or optimization. Typically, the image is quite blurry and the optical soundtrack so noisy it’s almost unwatchable. The rental version available from Netflix is far from ideal, with Chapter One sporting a constant background noise that sounds like someone loudly chewing granola. 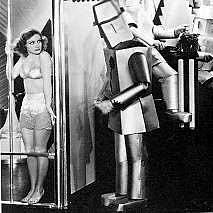 There are two restored versions available only for purchase, but at very reasonable prices. One is from The Serial Squadron, and the video excerpt on their website appears to be a significant improvement over the Netflix version. The other is from VCI, and it received a favorable write-up in the New York Times. 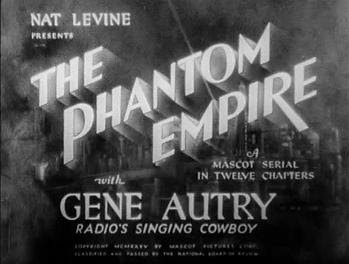 75 years after its release, The Phantom Empire remains a triumph of high concept over low execution. The diverse elements that comprise this bizarre tale mix about as well as oil and water, but the overall effect is a fascinating genre mash-up that unfailingly entertains.

In our next exciting episode, we’ll take a look at another serial staple: those mysterious and heroic Masked Men. You won’t want to miss it!