Thanks to David L. Wilkins for allowing us to repost his brilliant prose poem celebrating 40 years of Jaws. 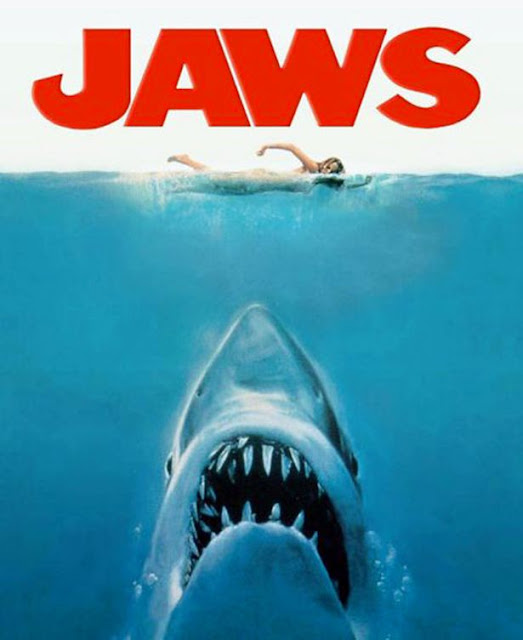 Moonlight glinting off a calm sea and idyllic dunes isn’t the stuff of nightmares, and few sounds are as tranquil as the gentle ringing of a buoy bell. Similar thoughts might have drifted through the girl’s mind in the moments before an unseen primeval force jerked her sharply downward. We’ll never know the shock-induced images that raced through her mind as she was vaulted upward, and was shaken violently side to side. Her world was a shrinking point of light, as our collective nightmare began.

Going to the beach the next day held all new meaning, just as sitting in the theater the night before had altered our perception of filmic entertainment. With Jaws, Spielberg changed us a little bit, just as Hitchcock had in 1960, with Psycho. I like to think that similar cinematic revelations lie ahead, but I’m not sure they can, or will.

Jaws helped change the mind-set in which movies are made and distributed. The time honored method of progressive-release gave way to wide-release, at least for studios larger scale efforts. The dollar figures that accompany Jaws, from first theatrical run to subsequent, from international business to home video rentals, are almost mind-numbing. The blockbuster truly was born, with Jaws becoming the highest grossing film in history up to that time. A couple of years later Star Wars came along, and the rest as they say, is history. 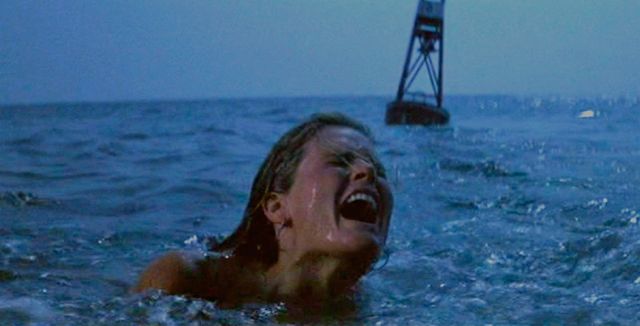 Jaws became a cultural phenomenon, with dialogue and images cropping up in diverse places since its release, and it’s not over yet. But what do you say when you talk about Jaws? I’ll bet it’s not a recitation of statistics, or even about the cast. You probably talk about how it made you feel, and that’s the essence of anything memorable.
at June 23, 2015

I totally do agree. Jaws scared us, when we saw it as kids. It was an unusuak, exhilerating shocker and it was great fun, that summer, long ago. A wonderful memory. Thanks for this post,Bunchie.