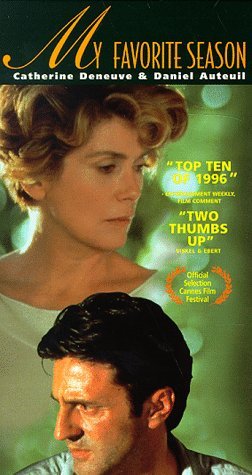 My Favorite Season a complex adult coming-of-age story about a dysfunctional family's attempt to cope with one of life's most challenging passages. Catherine Deneuve and Daniel Auteuil are fantastic as a pair of estranged siblings who must come to grips with their aging mother's loss of independence while dealing with guilt and resentment over the forbidden desires of their youth. Throwing gas on the fire is the Mom (Marthe Villalonga) who knows how to perfectly exploit that guilt and misses no opportunity to do so. The film subtly explores the deep fissures in family relationships and all the characters feel as real and commonplace as the folks next door. If you've ever felt trapped between the needs of your children and caregiving for ailing parents, you'll see a lot of your own life in this memorable drama. 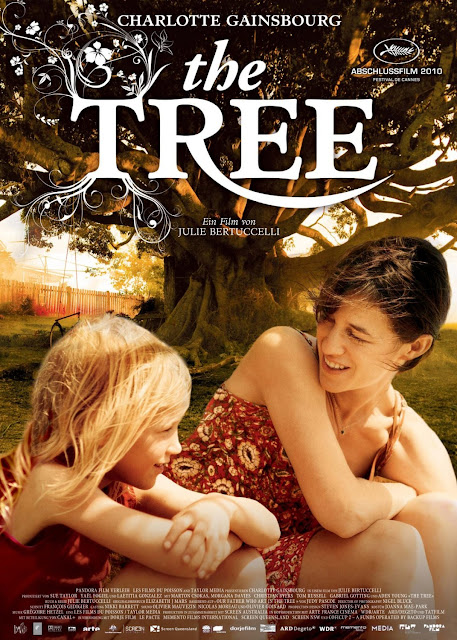 A smart and mystical film about a mourning family that patient viewers will find rewarding and hypnotic. When her husband suddenly dies, Charlotte Gainsbourg and her four children find their lives in rural Australia turned topsy-turvy. Her youngest daughter Simone (an amazing performance by Morgana Davies) seeks solace in a large tree on their property and eventually believes her dead father speaks to her through the massive limb’s wind blown creakings. The film becomes an allegory for the many ways people deal with the pain of profound loss and the psychological and emotional healing required to venture on. 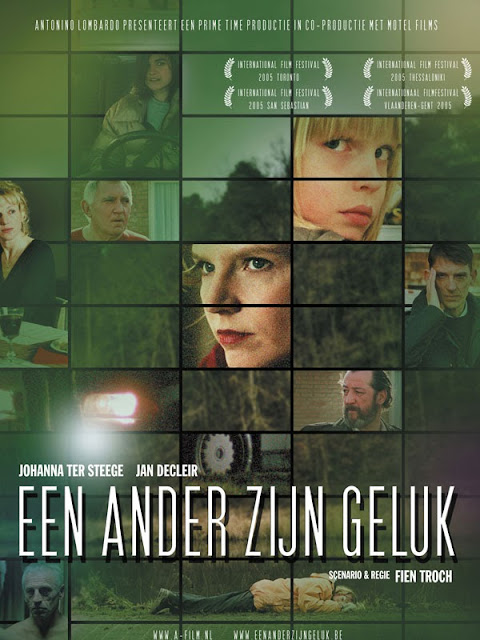 Fein Troch’s debut feature is a Haneke-esque dark and disturbing drama, all about the effects of a hit-and-run accident on the self-absorbed residents of an upscale Brussels suburb. The film reaches into the souls of its characters, many of whom secretly believe they may have inadvertently played a part in the deadly event. The mounting tensions and suspicions create a growing sense of pervasive, undefined guilt, much like a Kafka story. Great work from the largely unknown cast, in particular Ina Gerrts as a single mom with a suicidal ex-husband. No, this is not a musical. The script has a complex web of relationships and I really need to see it again to fully understand it, but Troch’s understated direction and Frank van den Eeden’s cloudy blue photography make the film work purely on artistic grounds.
at August 18, 2013

I have been searching in vain for a movie that's along the same lines as "Under the Tuscan Sun"... two that definitely did not work out were "A Summer in Genoa" and "Around the Mountain". I've already seen "Chocolat" and "Amelie" and "Eat, Pray, Love" so they're off the list. If you have any suggestions, please let me know! (Am planning a trip with my mom and want to find some uplifting, mom-friendly films to take along with us.)

Have you seen the following?

All of these fall into the family friendly - sentimental mode. I'll send you some more if i think of them.