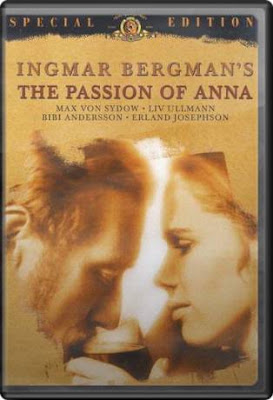 Reviewed by Shu Zin
While flawed and awkward in certain ways, PASSION OF ANNA is far too compelling to get less than 4* from me. The story is quite good, but the characters are so real, well-acted and engaging that for anyone to have the opportunity to be with them for a while in Director Ingmar Bergman’s world is a haunting and extraordinary experience. 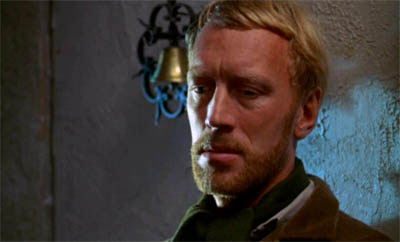 Set against a metaphor of mysterious, incomprehensible acts of cruelty to animals in a landscape of snow, broken pottery and sharp stones, on an island off the coast of Sweden, we stumble through a love story. Or is it? Whether love, God or truth exist at all, and whether humans can attain understanding of any of them are themes addressed in this somber, tender and emotionally violent film. Anna (Liv Ullman), as a woman physically and mentally damaged by events in her life before she meets Andreas Winkleman (Max Von Sydow), desperately clings to fantasies about her marriage; she espouses complete honesty while she practices self-deception. 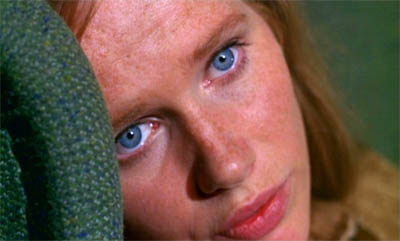 Andreas, who becomes her lover, lives a solitary life until he meets Anna, and it is he who, in a truly brilliant soliloquy, expresses the isolation of Everyman. Anna’s friends, Eva and Elis, perfectly reflect the miasma Anna and Andreas ultimately create for themselves. The cynical Elis obsessively takes and collects photos of human behavior, classifying them meticulously, as his own relationships deteriorate. There are brief interviews in the body of the film with these four actors commenting on their characters. I would have left them on the editing room floor. They are distracting and counter-productive. Otherwise, a deeply moving film about the universal human condition, expressed from Bergman’s uniquely Swedish sensibility. Recommended.

Hard to believe, but I've never seen a Bergman film. I'm going to watch Seventh Seal first, that's one that I've been wanting to watch for many years now.