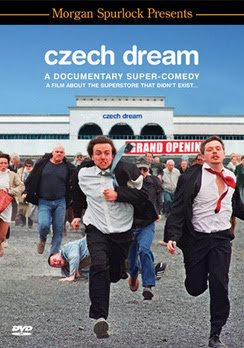 Two film school dilettantes embark on a project designed to prove that everyone else is stupid. Their premise is that consumers will believe anything as long as it is presented in a slick advertising campaign. So they create a fictional warehouse store and launch a media blitz promising low prices on everything from TVs to steaks. 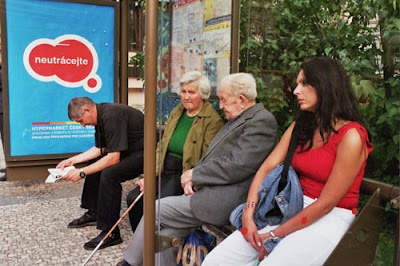 On opening day, thousands of people show up hoping to take advantage of the advertised bargains, only to find that the megastore is nothing more than a cloth facade in an empty lot. And this somehow proves the cleverness of the filmmakers.

The amazing thing to this reviewer was the relatively low amount of outrage at the young men; its surprising they weren't forcibly dragged through the weeds. Supposedly this dull and mean-spirited doc is trying to make some comment on how awful it is that Czech society has become so consumerist. Yes, things were much better when Nazi battalions and Soviet tanks roamed the streets of Prague. Grow up.