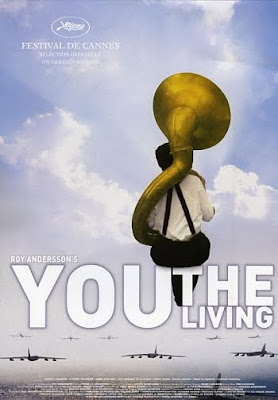 Director Roy Andersson is back with another humorously bizarre collection of stupefied Swedes going about their daily lives. You The Living is sort of an unofficial sequel to 2000’s Songs From the Second Floor, but this time Andersson has narrowed his target a bit – he’s no longer trying to pick a fight with the entire culture of Christendom – and focuses instead on individual foibles and foolishness. 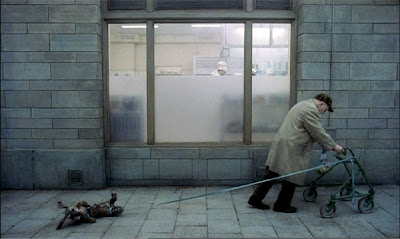 As in Songs, there is no central plot, but a seemingly random display of short vignettes, presented in Andersson’s highly stylized, and at times merciless, visuals. Think a 3 Stooges movie directed by Ingmar Bergman with sets designed by Edward Hopper, and you’ll have a pretty good idea of what Andersson is up to. 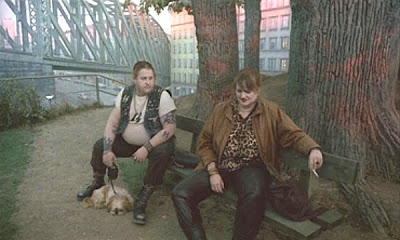 There are some absolutely hilarious moments here. In a recurring vignette, we meet a middle-aged woman who loudly bemoans her unsatisfying life as her obese boyfriend stares at her adoringly. Meanwhile their Pekinese pup - dogs steal many of the scenes in this film - speaks for the audience by registering a mildly bored disgust. 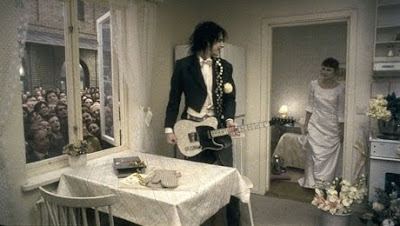 We encounter a young groupie in mauve go-go boots who falls madly for a disinterested blues guitarist, and in an impressive and imaginative bit of scenery engineering, we see her absurd romantic fantasies brought to life. And in a molasses-slow traffic jam (another Andersson staple), a bricklayer tells us all about his dream involving some expensive china and a failed attempt at the tablecloth trick. 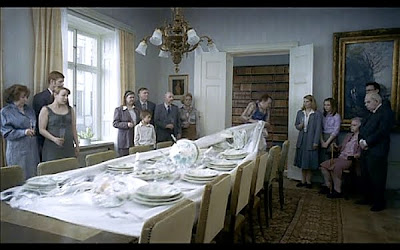 The film loses some of its comedic drive in the middle segments. Many of the vignettes seem like meandering sketches rather than fully developed ideas, and this reviewer’s attention meandered a bit as well. But all is righted with a scene of a man engaged in sexual relations who takes this opportunity to tell us all about his under-performing mutual funds; a scenario so hilarious your sides will ache from laughter. 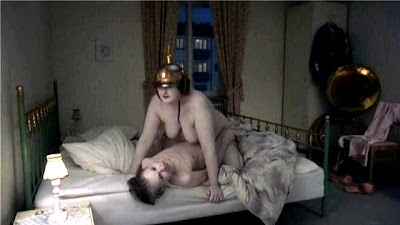 Andersson made his career as a sought-after director of commercials and You the Living has the feel of a feature length assembly of TV spots. But the goal is not to sell us soap or cereal, but the realization that many of life’s disappointments are the result of repeated history. 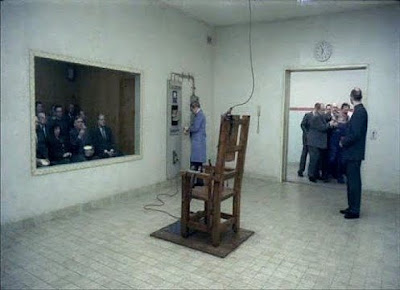 The film gets in a few digs at Europe's dark past and some societal issues, particularly the way the justice system is seemingly driven by an endless thirst for revenge. As a man faces the death penalty for a relatively minor crime, his victim continues to verbally berate him even as he is strapped into the electric chair, while other witnesses munch on popcorn and simply enjoy the show. I suggest you get a copy of You the Living and do the same.