Back in the 60s and 70s my Dad and I used to watch professional wrestling on TV. This was back before cable or satellite, and wrestling was basically a regional sport, with a handful of promoters dividing up the country based on TV market. Our area’s grapplers were based in Charlotte, which was sort of the Hollywood of wrestling at that time. Here’s some of the guys I remember, and I’ve included their real names whenever I could find them. 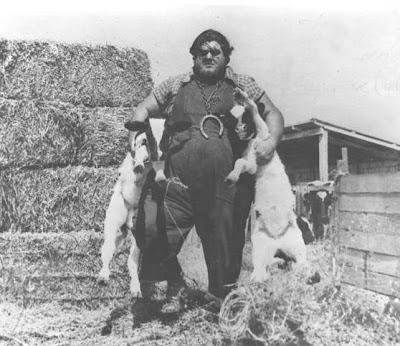 Probably the first wrestler I remember, and after looking at him, you can see why. I don’t remember if he was a good guy (A babyface, in wrestling parlance) or a bad guy (a heel). I just remember he was a great big tub, and strong as an ox. I think he is actually lifting up two cows in this photo.

Tag teams were popular in the southeast, and these two guys were the first masked wrestlers I remember. God, they were nasty. They used to carry small pieces of metal in their boots, and use them to smash open the heads of the opposition. Supposedly one of them was named Tony Renesto, and he served as the spokesman in interviews. He was quite articulate. They both sweated a lot. 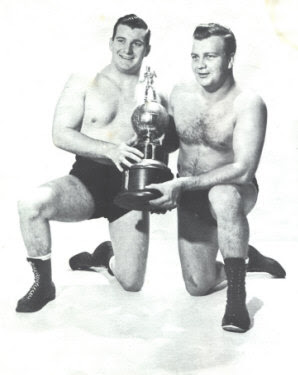 George and Sandy were from Canada, and had a large following in our area. They were true wrestlers, trained in all the classic holds and maneuvers. Babyfaces to the core, the Scotts always abided by the rules (there actually were a few) and their clean, athletic style was fun to watch. George always ended his interviews by saying “Hello to all the sick and shut-ins”. Classy. 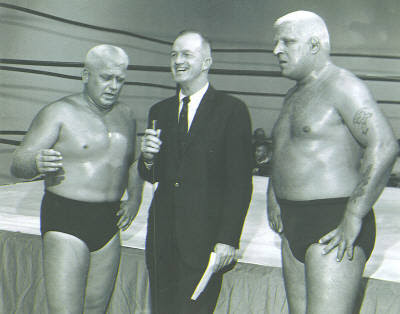 As much a comedy act as anything, Rip and Swede were wildly successful heels that you just loved to hate. Rip was possibly the world’s most conceited man, and during interviews, often insisted that the camera zoom in tight on his profile, which he felt was movie star quality. These two enjoyed a long run in the wrestling profession, and became stars all over the world. After retirement from wrestling, Rip invented “Popcorn on the Cob”, which is sold at Disneyworld. 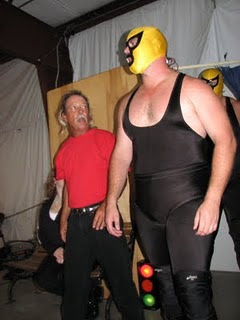 There were several guys running around the world calling themselves Super Destroyer. Supposedly ours was named Don Jardine and when not wrestling, was the sweetest guy in the world. In the ring however, he was mean as a snake and, even in the fake world of wrestling, nearly unbeatable. His dominance in our area was so strong he was actually hurting business, so the promoters brought in a very special guy to challenge him… 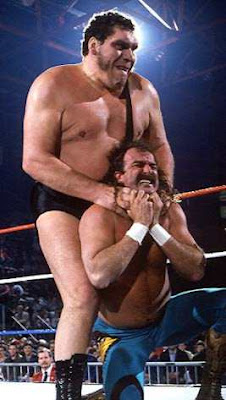 This simple country boy from France wanted nothing more than to be a farmer, but he had to settle for international fame and fortune instead. André René Roussimoff ‘s enormous proportions were caused by acromegaly, a rare disorder of the pituitary gland. At over 7 feet tall and 540 pounds, Andre made quick work of the Super Destroyer, and anyone else foolish enough to get in the ring with him. Andre also enjoyed a prolific film career, appearing in The Princess Bride and several other movies and TV shows. While in Paris for his father’s funeral, Andre died in his sleep at the age of 46. His ashes were scattered near Ellerbee, NC. 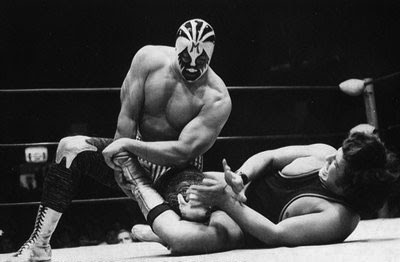 The greatest wrestler I ever saw. Mil Mascaras had it all: speed, athleticism, agility and extraordinary showmanship. He didn’t just defeat opponents; he dazzled them to the point that they simply lost hope and gave up. Unpopular with promoters because he refused to throw matches or engage in hyped up feuds, Mil Mascaras was the closest thing to a true sportsman pro wrestling ever produced. Today at the age of 67, he’s still wrestling and still wildly popular. 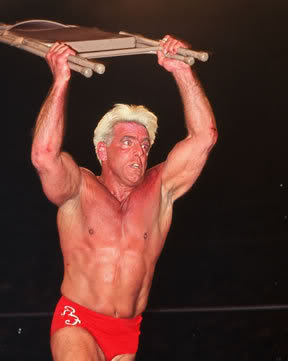 One of the most successful wrestlers in history, Ric Flair basically took Gorgeous George’s prissy gimmicks and butched them up for southern audiences. As this picture attests, Flair had a real talent for creating mayhem, and metal folding chairs were one of his favorite weapons. He was also a shameless self promoter and it was just as dangerous to be between him and a microphone as it was to be in the ring with him. Although I found his Deliverance redneck shtick so tedious I lost interest in wrestling altogether, Ric is still regarded as near royalty in the Carolinas.


I got a lot of help from the following websites:

Check them out for more information and great pictures.
at February 13, 2010