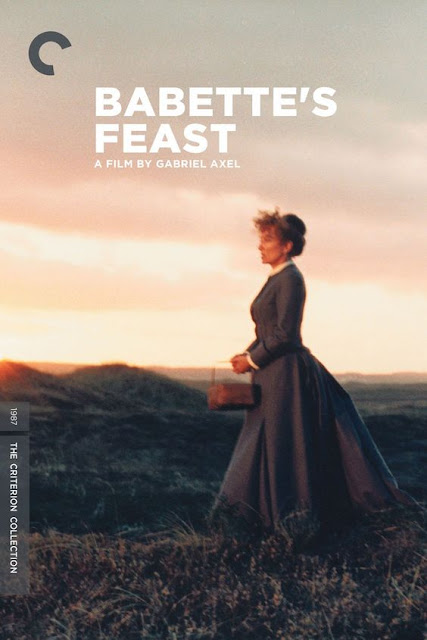 Babette’s Feast won the Oscar for Best Foreign Language Film in 1987 and was the first Danish production to ever take the prestigious award. It started a hot streak of sorts, when the following year Bille August’s Pelle the Conqueror pretty much ran the table, claiming the Oscar, the Palme d’Or and the Golden Globe, further confirming to the world that the Danish film industry had arrived. While the Danes would not win another Oscar until 2010, for Susanne Bier’s In a Better World, this tiny nation of just under six million souls has become a capital of cinematic creativity, boasting such talented filmmakers as Lars van Trier, Per Fly, Anders Thomas Jensen and Nicolas Winding Refn, to name a few. If the grand moralist dirges of Carl Th. Dreyer define Danish cinema of the WWII generation, then Babette’s Feast must be considered the nation’s inspirational exemplar for baby boomers and beyond. 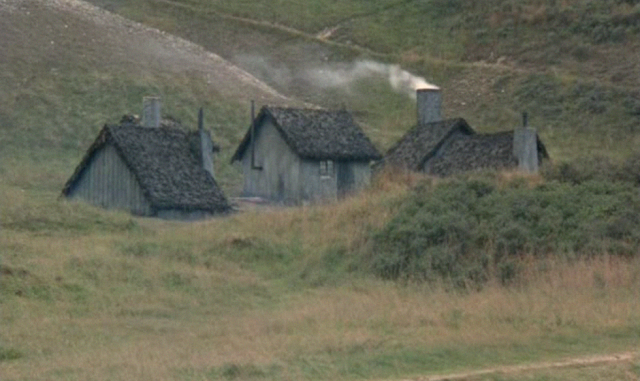 Directed by Gabriel Axel and based on a short story by Isak Dinesen, Babette’s Feast has the feel of an austere fairy tale for adults. Set in a remote village of thatched huts on the windswept Danish coast in the 19th Century, the story tracks the lives of two sisters: Filippa (Bodil Kjer) and Martine (Birgitte Federspiel) who have devoted themselves to performing good works for the less fortunate of their tiny community. Their father, a charismatic minister (Pouel Kern), built and in many ways ruled the hamlet with strict Calvinist sermons that forbade any experience of sensual pleasures. Out of devotion to their father, the sisters dismissed suitors and career opportunities alike, choosing to live out their days in spartan self-sacrifice, delivering bowls of bland soup to the elderly and infirm. 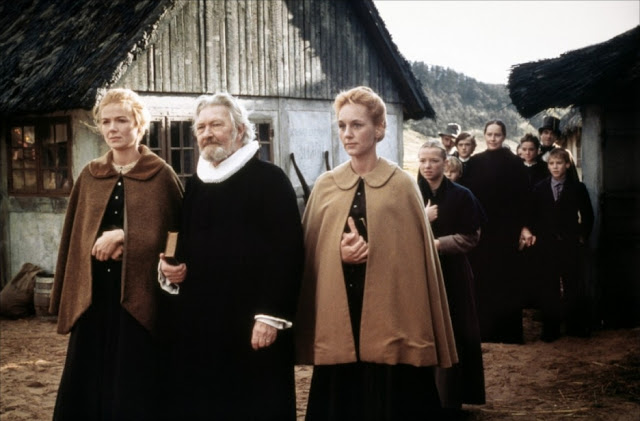 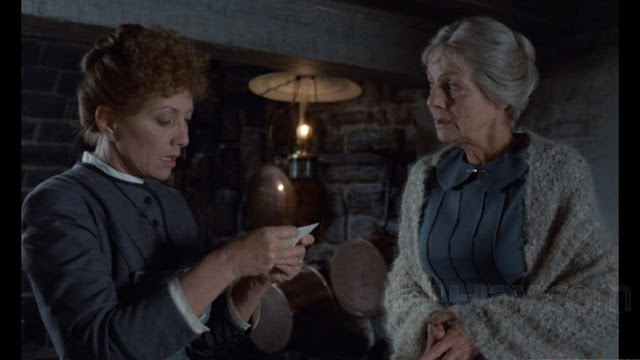 One stormy day, a visitor (Stéphane Audran) shows up at Filippa and Martine’s doorstep; a mysterious 35-ish woman in flight from France’s civil war. Her name is Babette and she bears a letter of introduction from a mutual Parisian acquaintance. The sisters, now elderly themselves and their beloved father long dead, take in the grateful Babette who in exchange devotes herself to their modest cottage’s menial chores. As the years pass, Babette becomes a valued and respected member of the community. When she receives a sudden financial windfall, Babette finally has a chance to repay the villagers for their unrelenting love and kindness. She decides to treat the ascetics to a special dinner; a meal so refined and sumptuous it will not only reveal her origins, it will leave the diners questioning their life-long denial of mortal pleasures. 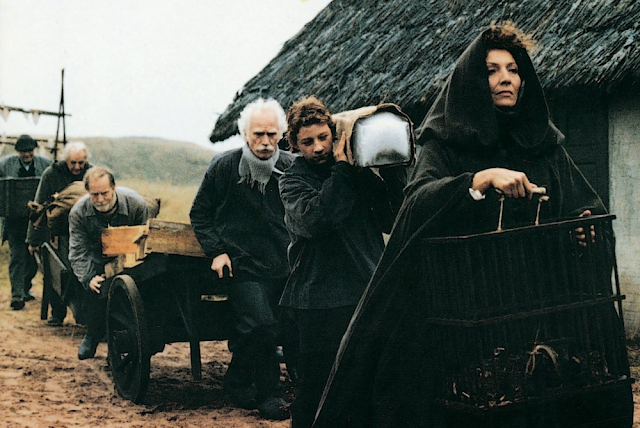 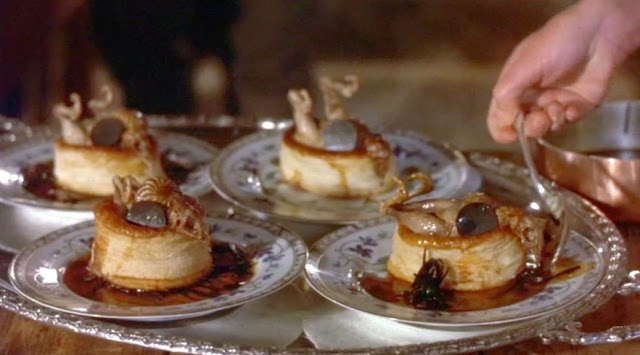 Like all good fairy tales, Babette’s Feast has a moral. Actually it has several morals, some obvious, some buried in subtext. It’s an example of film as palimpsest; charming and engaging on its rustic surface, but laden with deep veins of meaning and nuggets of existential truth for those willing to unearth them. Along its symbolic, candlelit arc, several facets of the human condition are wistfully addressed, from gnawing regret over past decisions to the true nature of Christianity to the ever-changing definition of spirituality as defined by good works. By the final act, the artist’s place in society becomes a central theme and despite its gray skies and cold, biting winds, Babette’s Feast offers a most sunny and optimistic assessment of that uneasy coexistence. It also presciently hints that future divides between artists and audiences – and between deity and worshiper – will be spanned by bridges built of gentleness and respect. 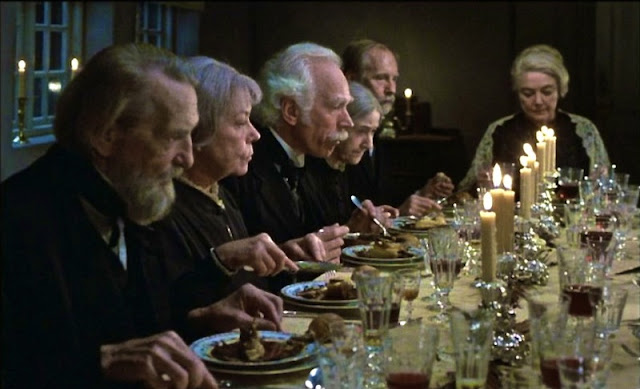 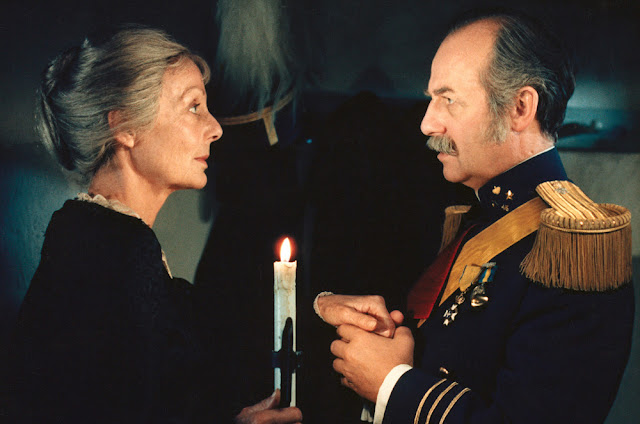 Among the many riches of Babette’s Feast is a rare and clever parallel drawn between altruism and artistry. According to Dinesen and Axel, the joy bestowed upon the doer of good works stems from the same emotional needs that propel artists to ever higher levels of creativity and craft. Therein lies the secret to the success of Babette’s Feast. Despite the religious trappings, despite the self-denial and dour atmospherics, the film serves up a memorable celebration of all that is good about humanity. 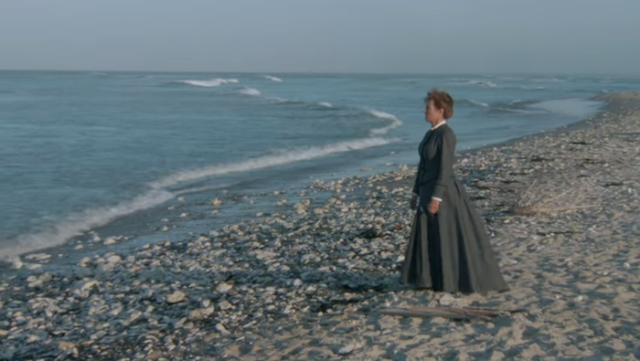