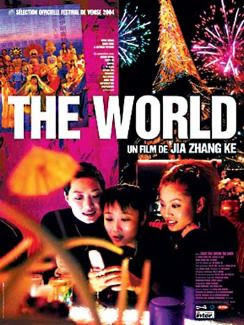 The World is an extraordinary film of amazement and wonder. Unfortunately, those wonders are undermined by the film’s sheer, droning bulk. A Beijing park featuring scaled down versions of world landmarks serves as both metaphor and backdrop for a loosely related string of vignettes, all of which concern young people who have traveled far to ultimately meet a quiet kind of bitter disillusion. The emotional world inhabited by the subjects of this film is almost microscopic in nature; their concerns revolve around the stark practicalities of acquiring food and sex, while all around them are ersatz reminders of the greatest achievements of humanity. 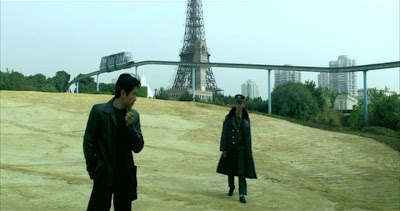 This gives director Zhang Ke Jiu a fertile playground for visual puns, and he often takes advantage by crafting arresting contrasts of his characters' pettiness with their surroundings of physical grandeur. A off balance surrealism pervades the film at times, as the actors appear as indomitable giants next to dioramas of the Pyramids or London Bridge, yet within their own shabby apartments they seem sullen and vulnerable. Having presented this world to us with such painstaking effort, Zhang is occasionally at a loss as to how to proceed with his meticulous observations, and stubbornly opposed to concluding them. 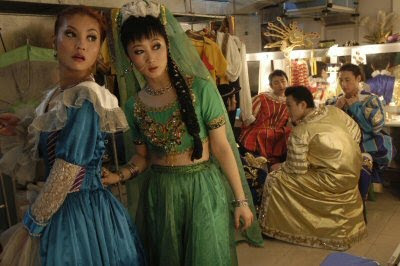 Within this Zen-like tableau are a number of effective, at times even breathtaking scenes, but these are sandwiched with clunky, repetitive moments that do little to enhance our understanding of the film’s complex thesis. Particularly pointless are the tiresome rotoscope animation sequences that occur, for some unknown reason, every time a character receives a text message. 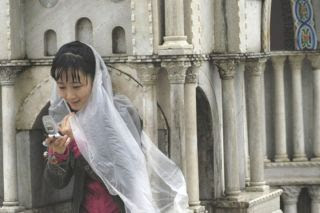 And the film continues to meander well past the point of justified duration, until Zhang's trenchant reflections on modern Chinese life have thoroughly worn-out their welcome and become numbing. About two hours in, a character in abject despair sets fire to the jacket he is wearing. We knew exactly how he felt.