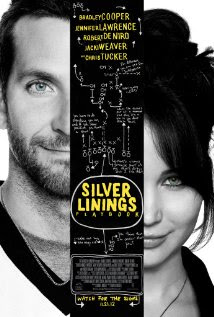 Silver Linings Playbook is a slightly above average romantic comedy that has received eight Oscar nominations, which should tell you everything you need to know about the relevancy of awards season. Yes it has some good moments and some good performances and if your theatre serves decent popcorn and has ample free parking I suppose it’s worth seeing.

Directed by David O. Russell, the story concerns Pat Solatano (Bradley Cooper) a 35-ish man stricken with a variety of pop psychology maladies: OCD, ADD, Depression and Way Too Many Poles. If it has a label or acronym, poor Pat is suffering from it. In the opening scene, he is released from a treatment facility and into the crumbling splendors of blue collar Philadelphia, where we learn that Pat’s symptoms have caused him to lose his wife, house and job. Pat now lives with his mom (Jacki Weaver) and dad (Robert De Niro) and he's determined to get his life back on track without the aid of his battery of medications. He meets a fellow hyperactive obnoxious; a shapely young widow named Tiffany (Jennifer Lawrence) who Pat hopes will deliver a heartfelt letter to his estranged wife (Bree Bee). Pat is unable to deliver this letter himself because the Mrs. has taken out a restraining order against him. But before Tiffany agrees to help, Pat must commit to being her partner in a dance contest to be held in a few weeks at a swanky Philly hotel. 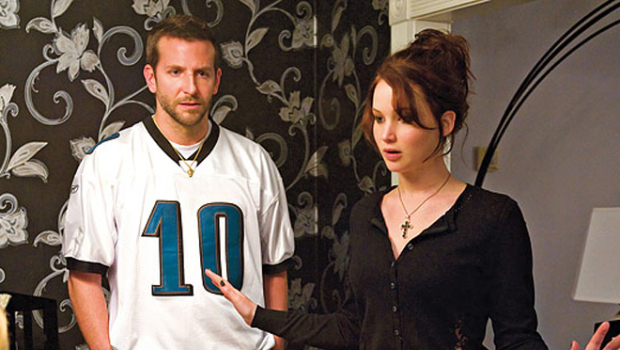 De Niro and Lawrence end up stealing the movie, and that’s a good thing. In fact they are the only reason to spend 122 minutes of your Earthly existence with this piffle. For someone so young, Lawrence has an impressive sense of craft and self awareness. She wields TIffany’s annoying peccadillos in perfectly measured doses, making viewers like her while stepping alarmingly close to driving everyone crazy. De Niro’s magic works in opposition, as he’s beset with as many behavioral issues as his son, yet he is from a generation that didn’t talk about such things. There are moments in his portrayal of a gruff football fan that contain flashes of his old berserk brilliance. At times it’s not hard to see within his craggy gray countenance the manic energy of 40 years ago, when Johnny Boy leapt unto a pool table to bludgeon a group of thugs in Mean Streets. 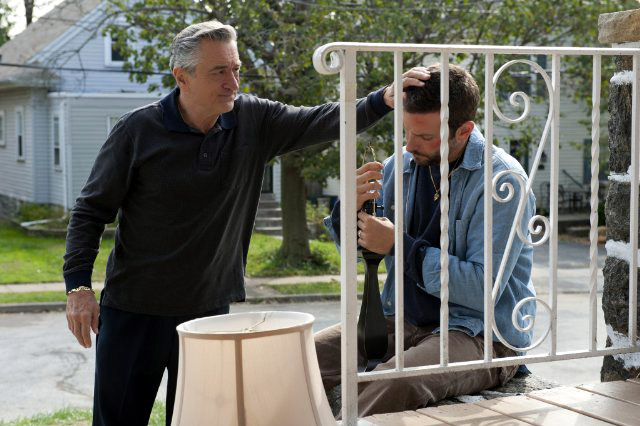 These performances are entertaining, but it’s all mere window dressing on a script that follows the typical, deeply gnawed rom-com trench. The film’s ending makes no attempt at actual believability and indeed revels in its predestined insincerity. On the surface, Silver Linings Playbook may seem fresh because it’s laden with idiosyncratic characters who spew rapid fire recovery-speak. But ultimately, it’s another one of those lazy, ironic entertainments that substitute eccentricity for significance. Something happened -- I suppose it was in the 1990s -- to narrative aesthetics and cool detachment displaced meaningful content. I blame Alanis Morrisette.

Yes, I'm sure Alanis is to blame.

Are MacBooks warranted for coffee spews?