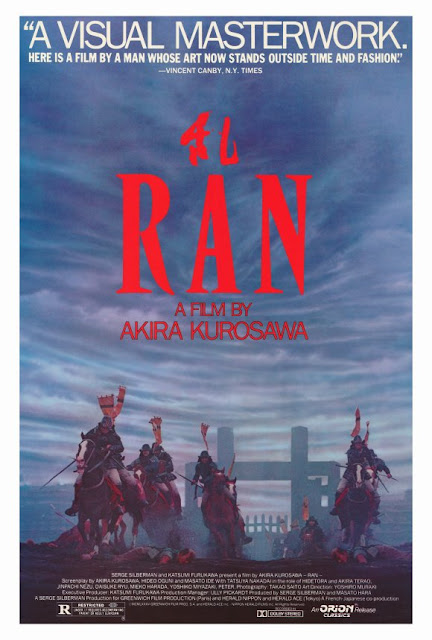 “Man is born crying. When he has cried enough, he dies.”

Celebrating its 30th anniversary, Akira Kurosawa’s Ran remains a cinematic experience of unparalleled splendor. Set in feudal Japan and based on Shakespeare’s King Lear, Ran is the story of an aging and ailing warlord named Hidetora (Tatsuya Nakadai) who relinquishes his land and armies to his three sons (Akira Terao, Jinpachi Nezu and Daisuke Ryû) in hopes of living out his final days in peace. But old grudges and jealous infighting among the siblings make Hidetora’s plan for an orderly succession crumble into dust, and soon a bloody internecine war erupts. 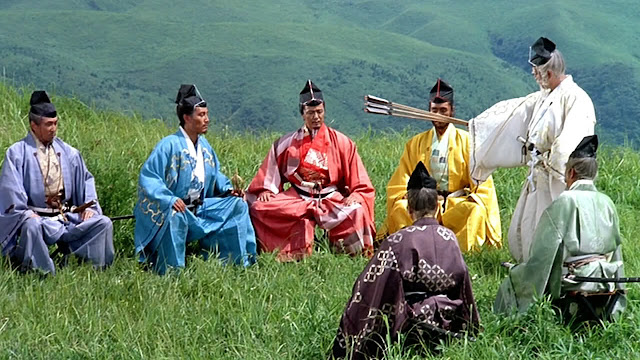 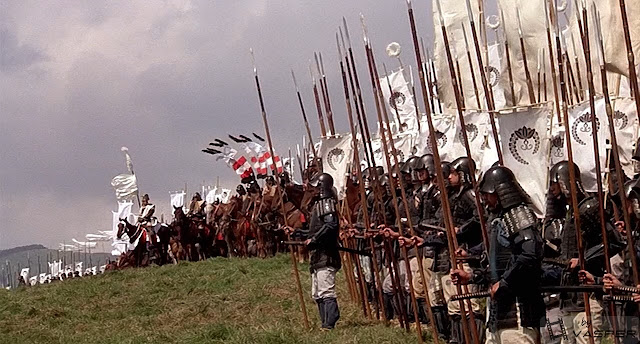 Despite graphic battle scenes aplenty, Ran is at heart a poetic film that induces a strangely blissful hypnosis in the viewer. It won a much deserved Oscar for costume design, and rarely has wardrobe played such an important part in advancing a film’s narrative. In Ran a number of massive armies and militant factions square off during the course of the film, each clad in their own distinct, colorful regalia. Without these visual identifiers, it would be difficult at times to tell precisely who is attacking who, but Kurosawa’s exquisite execution keeps it all beautifully coherent and on track. 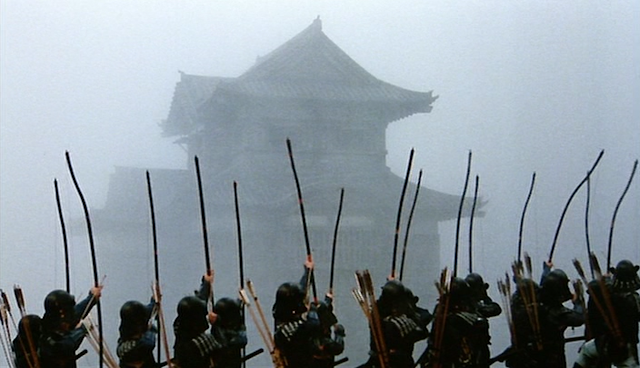 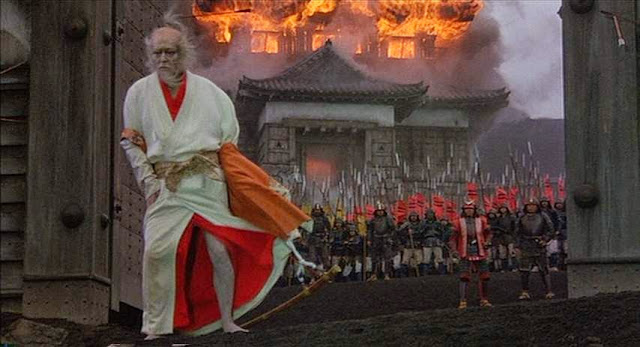 The 1980s were an exciting and productive decade for Kurosawa. In addition to Ran, he completed two other highly successful films: the equally ambitious Kagemusha (1980) and the profoundly mystical Dreams (1990), all while overseeing the construction of his own studio, Kurosawa Films, which opened in Yokohama in 1983. The fact that Kurosawa was well into his 70s makes his achievements during this era even more impressive. At an age when most filmmakers are limping toward retirement - if they’re able to work at all - Akira Kurosawa was still going strong. Ran is a superb addition to the Kurosawa canon, and stands as a shining testament to the director’s talent and determination.

Both Ran and Kagemusha are wonderful classics, and I also liked Dodes-kaden very much. Completely different (contemporary and small tales) from the two later films but as mesmerizing and unforgettable.