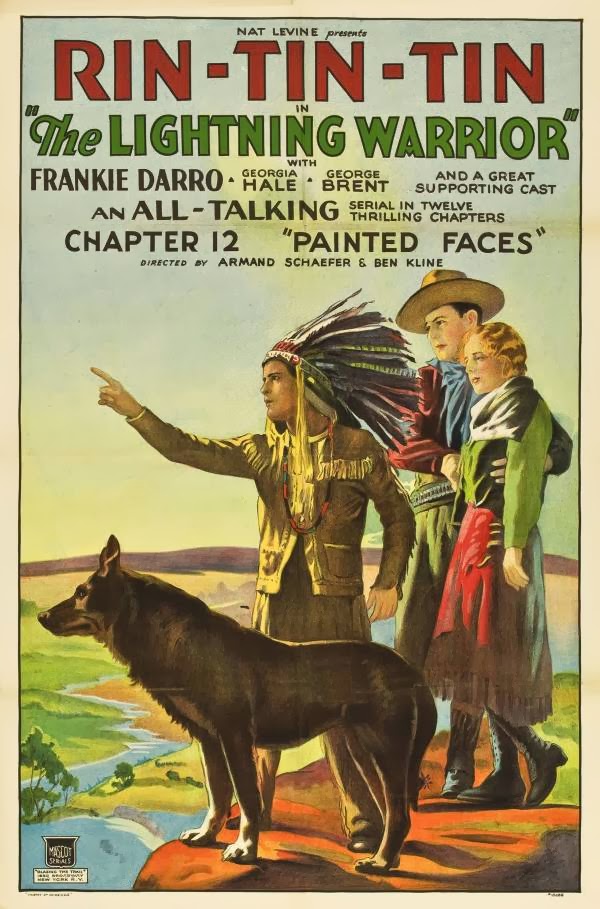 It’s hard to believe, but even I am not old enough to remember serials playing at the local movie theatre. So I won’t bore you with warm and fuzzy stories of Saturday afternoons at the Bijou and how for one thin dime you got an afternoon of exciting entertainment. But I do want to share with you some of the serials I’ve seen on DVD over the years, in hopes that you’ll include a few of these unpolished gems in your own viewing. 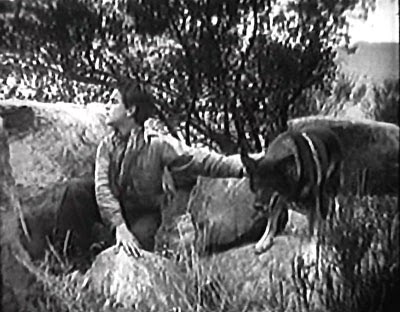 Serials go back to the earliest days of commercial film projection. The first silent features were only about 20 minutes long - two-reelers, they were called – and a variety of short films were added to the program for sheer bulk. But even as films got longer and more ambitious, the habit of short subjects continued because audiences had grown to expect them. The action-adventure serial was an important part of that mix, nestled in between the newsreel and countless travelogues with titles like Manitoba: Land of Contrasts. Serials also had an important marketing function: each episode ended with a cliffhanger designed to bring patrons back to the seats next week to see how the hero escaped his impossible pickle. 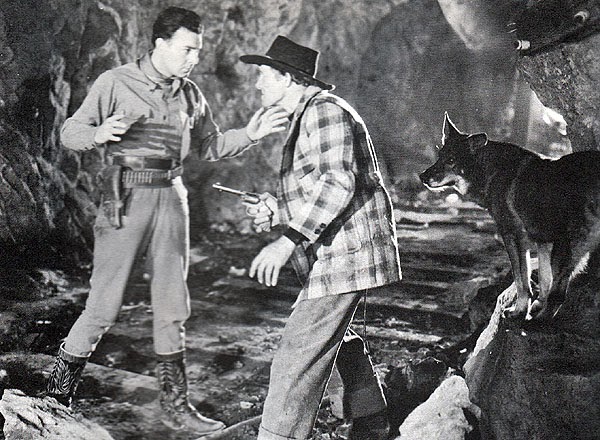 The Lightning Warrior was an early sound serial produced by Mascot – the only serial production company not wiped out by the Depression – and starred the iconic German Shepherd Rin-Tin-Tin. It’s sketchy if this production features the actual shell shocked canine found by American servicemen wandering the French countryside during WWI, but indications are favorable. For one, this beast does not have the classic Shepherd markings and profile found on later Rinty incarnations. The real Rin-Tin-Tin’s first screen appearance was a portrayal of a wolf (The Man From Hell's River 1922) and this critter could certainly pass as a Canis Lycaon. 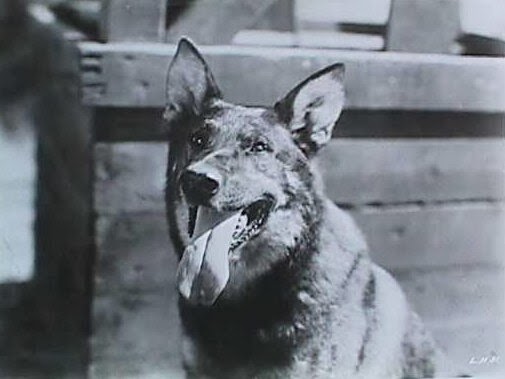 The plot of The Lightning Warrior involves a western mining town in fear of imminent slaughter by a band of marauding Indians. The local tribe has been peaceful for twenty years, but they have recently come under the influence of a mysterious cloaked figure known as The Wolf Man, who has been exhorting them to commit random acts of violence. The Wolf Man himself has wacked a few people along the way, including the father of a kid named Jimmy (Frankie Darro – more on him in future articles) and the brother of a federal marshall named Alan Scott (dreamy George Brent). 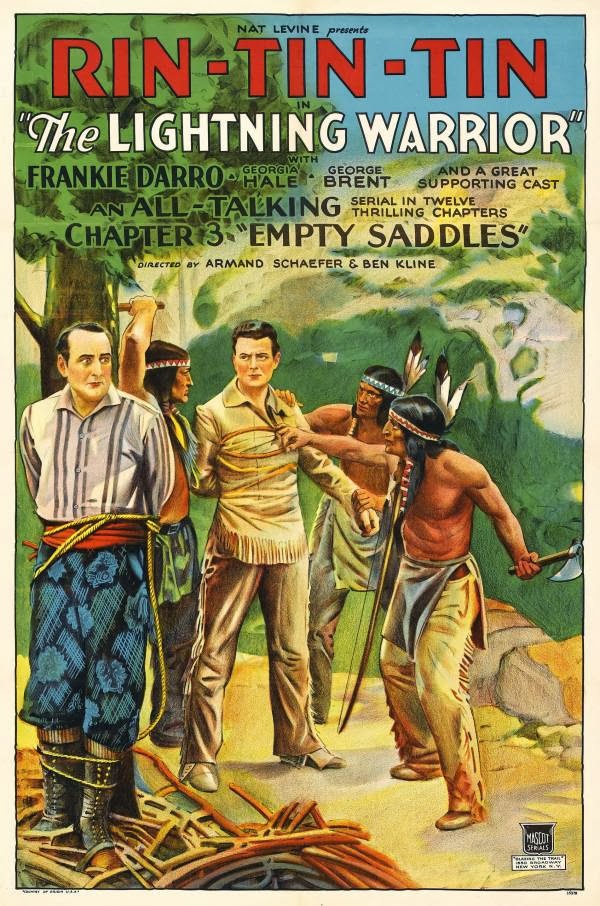 Scott’s deceased brother was the owner of Rin-Tin-Tin, who now roams the rocky cliffs in search of his master’s killer. Jimmy, Scott and Rinty form an unlikely partnership to bring the Wolf Man to justice and save the village from a collective scalping. Along the way there will be fistfights, gunplay, and narrow escapes aplenty.

I don’t have sufficient grounding in the genre to say if The Lightning Warrior is any better or worse than the average serial. It’s generally engaging and fun to watch, if you can overlook the quality of the print, which is dreadful. The soundtrack is noisy and scratchy, and no amount of fiddling with your equipment settings will totally rectify it. The filmmaking has the sloppiness traditionally associated with cheap shows, with some scenes just plain overexposed (no re-shoots allowed), and supporting actors recycled as several characters over the course of the production with no explanation or justification offered. 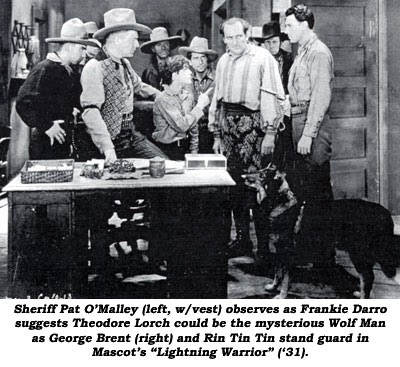 The Lightning Warrior also suffers from the flabby midsection often found in serials, i.e. the middle chapters are largely devoted to chasing red herrings down blind alleys - if I may mix my metaphors -  and do little to actually advance the narrative. Many of the cliffhangers are a cheat as well. When we see the recap of the hero’s peril from the previous week, a shot will be inserted of Rinty or Jimmy standing nearby ready to affect a rescue. Of course, this shot was conveniently omitted in the earlier chapter to build suspense. 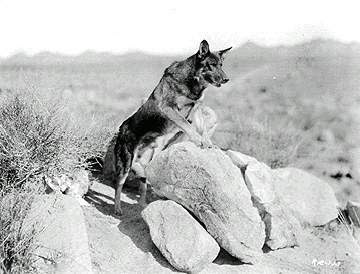 With so many wonderful TV series out there, it’s difficult to build a case that modern audiences seeking episodic stories should spend their time immersed in this creaky example from the Paleolithic Age of cinema. It’s not quite bad enough to be funny, although the Italian American day players who attempt to act (and talk) like Indians are unintentionally amusing. But entertainment value is only a secondary reason for curling up with a serial. The point is to experience an ancient and extinct narrative format and revel in vintage American cinematic oddities. And speaking of oddities, don’t miss the next exciting installment when we'll examine the oddest serial of all…