Today in Bunched History: Freud and Dali and Hitchcock, Oh My!! 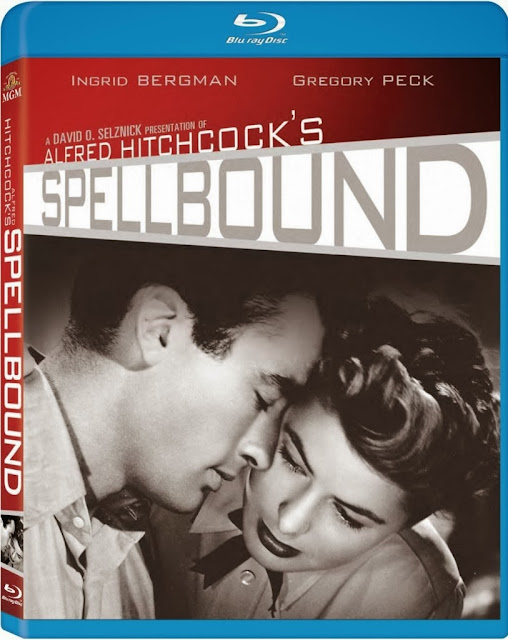 Alfred Hitchcock’s Spellbound is an aptly named motion picture. Recently released on blu-ray by Fox, this David O. Selznick produced thriller features twists and turns aplenty, and audiences will find themselves entranced by the time all is said and done. From the crisp formality of its acting, to the famous Salvador Dali designed dream sequence, Spellbound often seems to exist in a dimension other than our own. While the rational mind attempts to impose order on Hitchcock’s tantalizing clues and fragments, the narrative quietly expands to surprising proportions and pursues unexpected avenues, creating a sense of the hypnotically surreal.

But today’s viewers will not be mesmerized to the point of overlooking the story’s issues and inconsistencies, and there are a lot of them. Spellbound is at heart an amnesia melodrama, and we all know how dicey those can be, especially circa 1945, when screenwriters were besotted by the narrative possibilities of pop psychology. The film opens at an idyllic country hospital, where a beautiful young psychiatrist (Ingrid Bergman) spends her days attending to a variety of deeply troubled, but well groomed and fashionably dressed, schizophrenics. 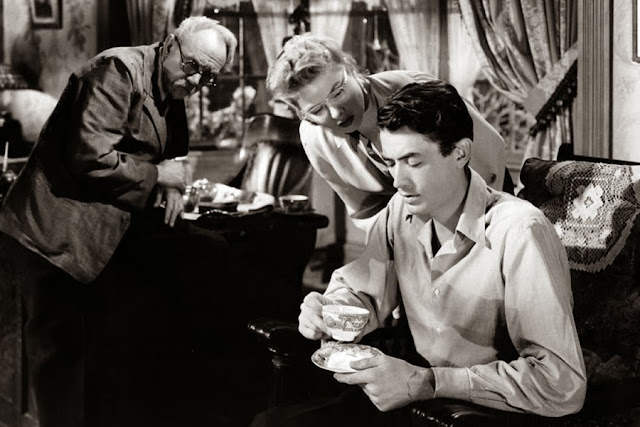 The hospital is abuzz with anticipation; its new director (Gregory Peck), a respected leader in the field of mental disorders, is due to arrive for an inspection. But soon – the minute he walks through the door, in fact – it becomes clear the new honcho has a couple of loose screws himself, and Bergman’s casual description of a new swimming pool sends Peck into a near frenzy. Despite a strong physical attraction, Bergman begins to suspect her new boss is either an imposter or insane, possibly both, and eventually the pair embark on an adventure to solve the mystery. Along the way they’re branded as fugitives, pursued by the police, hide out in Rochester and go on a ski holiday complete with laughably unconvincing process shots. 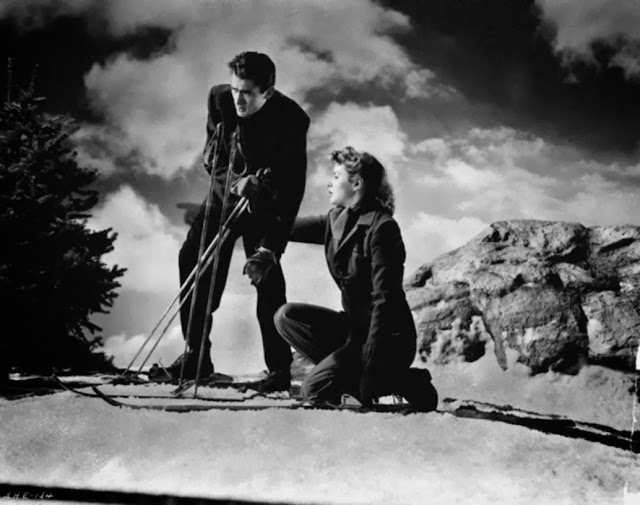 It’s a testament to Hitchcock’s skill that he could hold the film together despite these overwrought and overplotted impediments. Fortunately, he assembled a gifted supporting cast, well versed in classical technique, and they approach their roles with total conviction. John Emery, a prolific character actor who died relatively young and has been forgotten by history, shines as the wolfish Dr. Fleurot, a psychiatrist whose practice consists mainly of looking down Ingrid Bergman’s lab coat. Rhonda Fleming, as a patient with what passed in 1945 as a nymphomania, is cleverly and effectively used early in the film to establish Bergman’s empathy and the hospital’s overall legitimacy. The quiet command of the great Leo G. Carroll enhances a pivotal role with dark and intriguing plasticity, while Michael Chekov, who received one of the film’s six Oscar nominations as Bergman’s eccentric mentor, provides heroism and comic relief in equal measure. 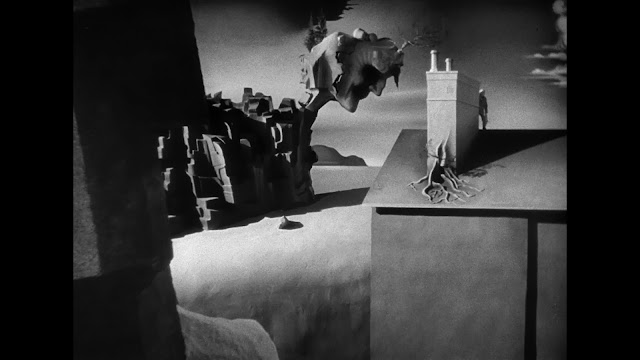 These superb performances make Spellbound an enjoyable film to watch, providing one can tolerate its frequent stretches of implausibility. Somehow, Bergman and Peck are able to avoid detection by New York’s Finest even though, among Grand Central Station’s squalid masses, they are the most beautiful couple to ever walk the Earth. The disastrous skiing sequence, in which the pair swoosh down an expert slope clad in elegant eveningwear, is intended as a dramatic, climactic epiphany, but it’s simply ridiculous. When an unseen character, introduced late in the film, takes on critical importance there’s a feeling of unfairness and rushed conclusion, as though even Hitch was getting a little fed up with the proceedings. But the gorgeous dream sequence, in which a Dali painting comes to life, is truly worth the price of admission, and ultimately prevents the film’s complete fall from grace. 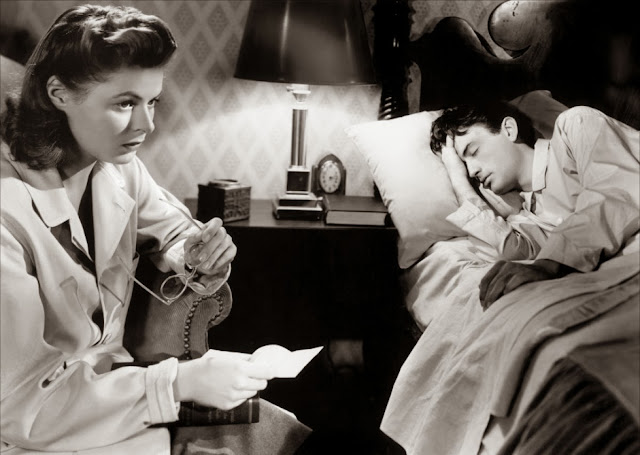 Bergman and Peck try mightily, but the script gives them little to work with but platitudes and thankless situations. This is a standard trait of Hitchcock thrillers; his leads tend to be cluelessly uncynical, appalled that humanity or, in the case of The Birds, nature could be so cruel to them. Their shock causes them to be several beats behind the unfolding nefarious events, and the rest of the film is a game of catch up. Bergman appears much more comfortable in this scenario than Peck; his chiseled man-of-action persona counter intuitive to the role a confused victim. Much of the dramatic weight defaulted to Ingrid’s sublime shoulders and, fortunately for viewers, she put this fragile film on her back and carried it.

Despite its narrative convolutions and conveniences, Spellbound remains a worthwhile entertainment due to strong performances and some imaginative imagery. Fans of the golden age of Hollywood will find the film a textbook example of the aesthetics of a bygone era, while those interested in the art of visual storytelling will marvel at Alfred Hitchcock’s controlled and deliberate execution. Casual viewers will likely find the film intolerably hokey and frankly, that’s wholly understandable. Spellbound ultimately receives a guarded recommendation, geared toward enthusiasts of Peck, Bergman and Hitchcock. If you liked the film in standard def, you’ll love it in blu.

Strang! Literally pulled this blu-ray off of my shelf last night and gave it a spin. Definitely not the strongest top-tier Hitchcock but yes, that dream sequence makes the whole thing worth it. Well, that and Ingrid Bergman.