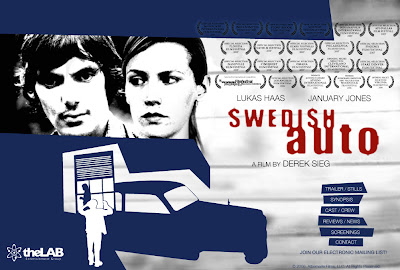 You root for a film like “Swedish Auto”; a small scale, laconic story of redemption, privately financed and produced far from invasive, all-consuming Hollywood. On paper, there’s a lot to like here. Beginning with the cast, which features Lucas Haas - the wide eyed Amish boy from “Witness”- all grown up and quite interesting as a hard working young mechanic with a tragic past. There’s Chris Williams, a gifted comic perhaps best known for his hysterical turn as Killah on “Curb Your Enthusiasm”. And there’s dishy January Jones, just before hitting the big time as the beleaguered Betty Draper on “Mad Men”. 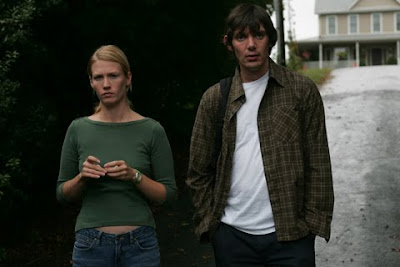 It’s also the first feature from writer-director Derek Sieg, a native of the historic university town of Charlottesville, Va, where the film is set. The film starts off quite well. Sieg slowly develops an intriguing narrative concerning Haas’s lonely and unassuming existence: a life of greasy carburetors and equally greasy diner food. In his spare time, Haas wanders the cobblestone streets of Charlottesville, stalking the practice sessions of a beautiful music student (Brianne Davis) whose violin emits sonatas that make him swoon. Aside from a bit of over scoring, these expository scenes are quite effective at creating the atmospherics of small town life, and Sieg clearly has a flair for earthy naturalism. 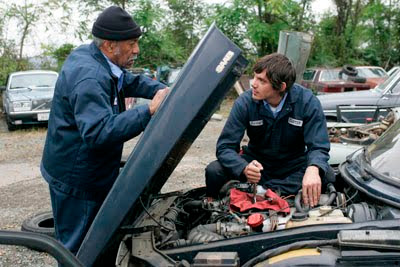 As an unexpected romance develops, Haas discovers that he also has the ability to express himself, and an abandoned automobile proves to be a worthy cathartic canvas. However, the film’s liabilities, which start small, begin to grow and compound as we approach the conclusion. The subplot of class struggle is rather unconvincingly addressed, as is the climactic resolution of Jones’ family baggage, which is handled in the overwrought fashion of a second-rate Tennessee Williams play. 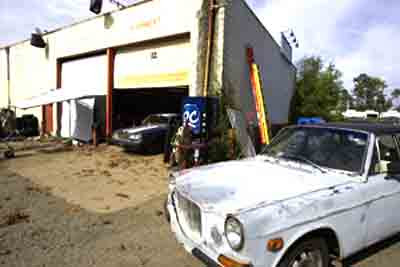 I hope Sieg continues to make films, but he needs to let his directing strengths drive the story, not the other way around. As an auteur, he has that luxury.